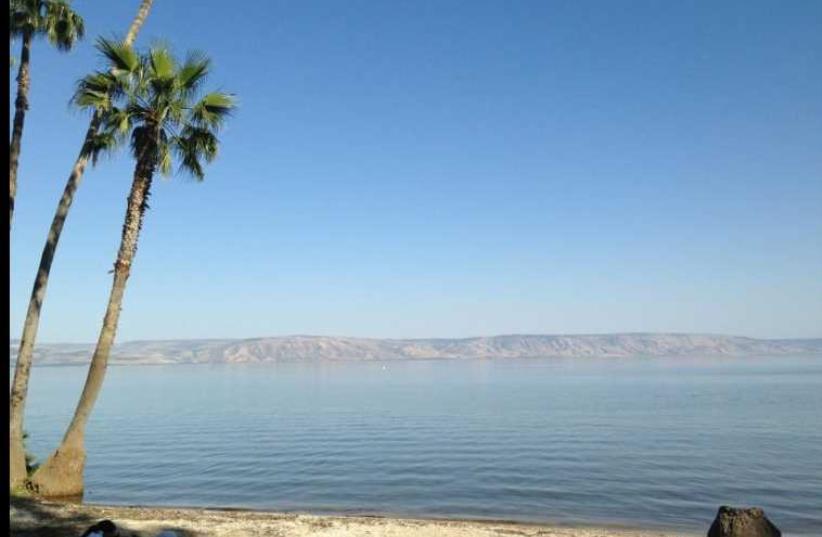 Lake Kinneret
(photo credit: JULIE STEIGERWALD)
Advertisement
In an effort to realize a recently signed agreement with Jordan, Knesset Internal Affairs and Environment Committee chairman David Amsalem (Likud) called on Tuesday for the establishment of a commission to explore water delivery methods from Israel to its eastern neighbor.Committee members gathered Tuesday to discuss the flow of water into Jordan, in accordance with a historic water-swapping agreement that the two countries signed in February. As part of the agreement, which will enable Israel to procure potable water from a future Aqaba desalination facility, Israel will sell Jordan an additional 50 million cubic meters of water from Lake Kinneret, doubling the current supply.The agreement also calls for piping the residual brine generated at the Aqaba desalination facility to the dwindling Dead Sea.At Tuesday’s meeting, the committee members debated which mechanism Israel would use to deliver the additional 50 million cu.m. of Kinneret water to Jordan.Representatives from the Mekorot national water corporation advocated the use of a new transmission pipeline to pump the water, rather than simply sending an increased quantity of water for collection down the Jordan River.“The benefits of the pipeline are secure transmission that will prevent water pollution,” said Mekorot chairman Mordechai Mordechai. “The Jordan [River] alternative creates a lot of problems. First and foremost, it is not possible to [supervise] water quality and the level of natural contaminants.”Unlike Mekorot’s plan, the plan advocated by the Kinneret Drainage and Rivers Authority involves pumping the additional water along a channel of the Jordan River down to the Naharayim border area between the two countries, where the Yarmuk River flows into the Jordan. With this method, a significant portion of the river that has been polluted for decades could be revived, the authority’s plan argues.Giora Shaham, a planner at the Kinneret Drainage and Rivers Authority, explained that Jordan’s King Abdullah Canal (the Ghor Canal) on the Yarmuk had been established in 1960s to provide drinking water to the capital city of Amman. Through this canal predominantly flows water from Syria’s polluted Yarmuk River, which then receives no wastewater treatment on the Jordanian side, he said.“The water that is flowing to the Jordan [River] is raw water from the Kinneret of excellent quality,” Shaham said. “An opportunity has been created to revitalize an important section of the river that was, for decades, a sewer.”The authority’s rehabilitation plan would cost about NIS 110 million, Shaham estimated.“Mekorot’s plan discusses a pipeline in the heart of the Jordan Valley, and therefore, from an economic, environmental and moral perspective, we must decisively prioritize our alternative,” he argued.However, Dudi Fixler, deputy director-general of the Water Authority, stressed that Shaham’s plan was conditional on the rehabilitation of the southern end of the Jordan River, requiring a budget of NIS 150m. He also noted that Jordan River water suffers from problems in the winter, as well as water quality issues.A number of Knesset members also commented on the issue, with MK Miki Zohar (Likud) voicing support for a pipeline due to health and security considerations, and MK Dani Atar (Zionist Union) advocating Shaham’s Jordan River rehabilitation method.Uri Ginot from EcoPeace Middle East, a cross-border environmental organization that unveiled a regional master plan for the Jordan Valley this past June, likewise argued in favor of the river’s rehabilitation.“Many in the international community are following closely the efforts to rehabilitate the Jordan River,” Ginot said. “Given the progress made to date in removal of sewage and river bank rehabilitation, Israel would be sending the wrong message if it continued to build pipes that would deny the Jordan River needed water rather than using the river as the natural water conveyor.”Representatives from the Society for the Protection of Nature in Israel also advocated the flow of water down the Jordan River, describing how such a program could allow for the restoration of 12 km. of the river.“The opportunity to rehabilitate a portion of the Jordan is irrevocable, and unfortunately, [to this day,] the advancement of this alternative has been prevented, and officials in the Water Authority have not discussed it willingly [or] openly, and [have] refused to consider it,” said SPNI vice president Nir Pappay.However, Amir Yitzhak, deputy chief engineer for health and environment at the Health Ministry, warned that the area in question “is exposed to many hazards and therefore not safe.”Amsalem concluded the discussion by calling for the establishment of a commission to look into the matter within 60 days.“There is no intention to hurt the agreement with Jordan,” he said. “This subject should be examined in depth.”


Tags water and peace in the middle east