So far, only two have been set up, one in Ashkelon and another in Nahariya, after the IEC received the last approval from the Finance Ministry’s National Planning and Building Committee. 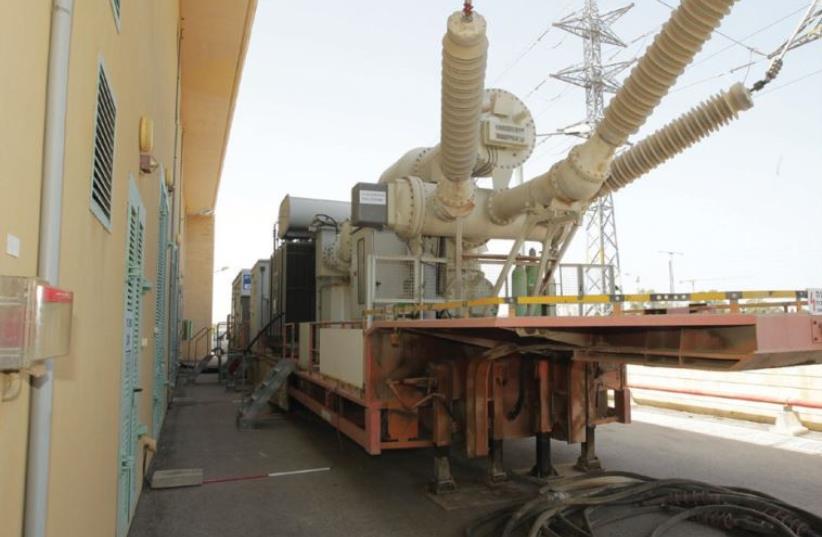 ONE OF the new mobile transmission substations that should keep power levels steady in the hot summer months
(photo credit: YOSSI WEISS / ISRAEL ELECTRIC CORPORATION)
Advertisement
For the first time, the Israel Electric Corporation will set up nine temporary transmission substations to make sure that power levels remain steady throughout the summer.Although an all-time June electricity demand record was broken on Sunday with 11,903 MW demand, a spokeswoman for the IEC told The Jerusalem Post on Thursday that the general demand has not been unusually high for the season.Furthermore, she assured that there is enough electricity to meet demands. It should be noted that demand has seen steady increase in just a few years. The June record was over 700 MW higher than the IEC’s highest all-time record of 2010.These substations are being installed for a separate infrastructural reason. They will assist in transforming enough high voltage electricity from main power plants down to lower levels for domestic use.The “mobile” substations will be able to transform and supply 20 megawatts of electricity to about 4,000 customers.The initiative, which came out of a joint request with Energy, Infrastructure and Water Resources Minister Yuval Steinitz, has taken several months to get off the ground and receive national and federal approvals.So far, only two have been set up, one in Ashkelon and another in Nahariya, after the IEC received the last approval from the Finance Ministry’s National Planning and Building Committee.Seven other substations are still awaiting approval and therefore the IEC does not yet know when they will be installed. Once approved, though, they will be set up in Taibe, eastern Rishon Lezion, Ness Ziona, Modi’in, Be’er Tuvia, Sderot and the Shoket junction, near Beersheba.It is hoped these temporary substations will be the predecessors of permanent ones in their place.Last year, on September 9, 2015, the IEC recorded its highest, single-day demand levels ever, at 12,905 MW. The winter demand high, according to an IEC was broken on January 26, 2015, at 12,624 MW.