A burst pipe leaks raw sewage into the southern-central Nahal Lachish resulting in the death of the areas fish in droves. 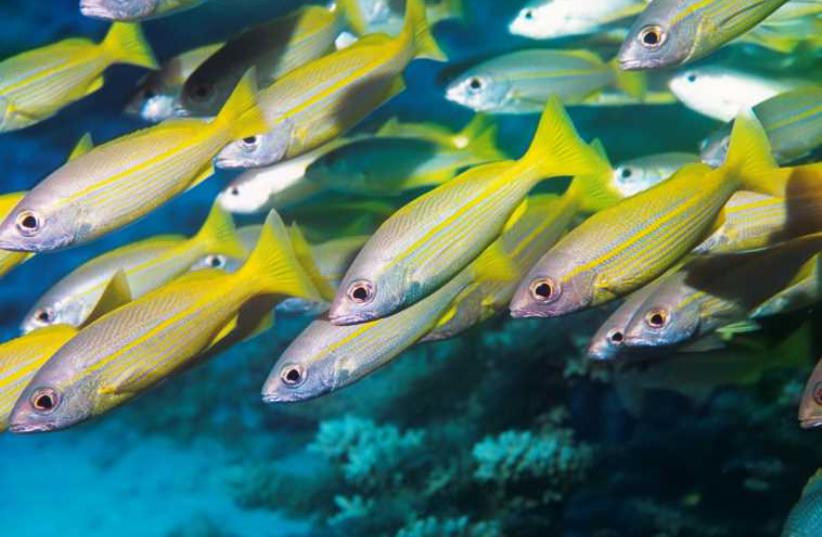 Fish (illustrative)
(photo credit: ING IMAGE/ASAP)
Advertisement
After a burst pipe leaked raw sewage into the southern-central Nahal Lachish for 10 hours straight a few days ago, the environmental organization Zalul on Tuesday called upon relevant government bodies to take measures to prevent such incidents.The sewage, which emptied into the stream in Ashdod on Saturday, resulted in the death of the area’s fish in droves, the organization reported. Despite the stream’s close proximity to the Mediterranean Sea, the contamination did not spread there due to the existence of a natural sand barrier near the estuary, according to Zalul.Although there is a second sewage line parallel to the pipe that burst, it has not yet been activated due to disagreements among the relevant government bodies, a statement from Zalul said. The organization has been leading a campaign to rehabilitate the river, entitled “We will not say ‘kadish’ for Nahal Lachish.”Zalul is calling upon government ministries to “act with determination and cooperation” to enable the future usage of the second sewage line, in order to prevent similar such incidents and allow for the continued restoration of the river.Despite the cessation of sewage flow, the Health Ministry warned on Tuesday against sailing and fishing in Nahal Lachish due to the ongoing contamination, a report from Channel 2 said.In response to the incident, the Environmental Protection Ministry stressed that the sewage is no longer flowing into the river, and that the Ashdod Towns Association for Environmental Quality and Ashdod’s Yuvallim local water corporation were continuing to treat the source of the problem.