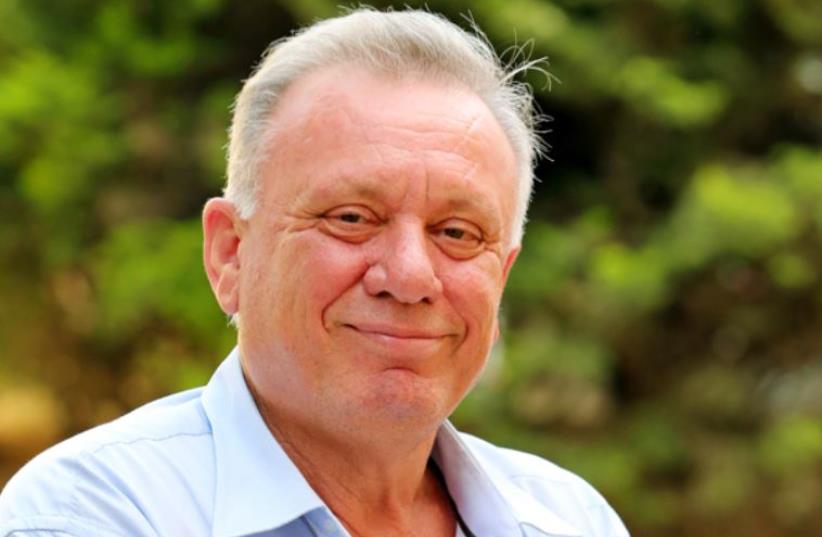 Eitan Broshi
(photo credit: ALON GILBOA)
Advertisement
The Ministerial Committee for Legislation approved a bill on Sunday designed to regulate the renewable energy sector in Israel while reducing greenhouse gas emissions and creating new jobs in the industry.The bill, proposed by MK Eitan Broshi (Zionist Union), calls for setting national targets for producing electricity from renewable energy sources, as well as establishing a timetable for the implementation of said targets. In doing so, the bill aims to curb air pollution levels, reduce dependency on nonrenewable energy sources and encourage private electricity production in the renewable energy sector, according to Broshi.“The bill’s approval is critical because renewable energy development is the most feasible path toward reducing greenhouse gas emissions,” Broshi said on Sunday.The bill, he explained, has “an enormous economic importance” to generating new jobs in the periphery.“I have no doubt that the bill will result in the enforcement, advancement and control of electricity production from renewable energy sources in Israel,” Broshi added.Ahead of the recently concluded United Nations Conference on Climate Change – also known as the Conference of Parties (COP-21) – Israel submitted its greenhouse gas emissions reduction goals, established in conjunction with several other targets, including one in the renewable energy sphere.By the year 2030, the government determined that greenhouse gas emissions must be reduced 25 percent from 2005 levels. In the same decision, the cabinet decided that renewable energy sources should account for 17% of the country’s electricity mix. Today, the figure stands at about 2%.In the text of the new bill, Broshi points out that, in January 2009, the government committed to making renewables 10% of the electricity mix by 2020, with an interim target of 5% by 2014. Nonetheless, the implementation of such goals has encountered significant difficulties and obstacles throughout the years, the bill argues.Overcoming the hurdles faced by the renewable energy sector requires changing the way electricity generation from such sources is regulated, according to the bill. A certain and stable industry is required to attract investors and bank financing, the bill continues.The bill, therefore, demands that the government set in stone new targets for the use of renewable energy in Israel, as well as launch an inter-ministerial committee tasked with formulating a plan to supervise the implementation of and compliance with the established goals. In addition, the bill proposes that the National Infrastructure, Energy and Water Ministry determine the conditions necessary for obtaining a license for renewable energy production.MK Yael Cohen Paran (Zionist Union), the country’s first Knesset member from an environmental party – the Green Movement – and founder of the Israel Energy Forum, praised the initial passage of Broshi’s bill in the Ministerial Committee for Legislation.“This is a significant step in the struggle for energy security for the State of Israel, and in the attempt to meet greenhouse gas emissions targets that were decided upon at the Paris climate convention,” Cohen Paran said. “The State of Israel can reach 95% electricity production from renewable energy; the technology exists, and even Israeli technology,” she continued. “Now, we just need the government to take the issue seriously and properly allocate the resources required and reduce the burning of polluting coal.”