Environment minister rounds off a week full of meetings with high-level officials said to be interested in Israel’s natural gas resources, as well as those with stakes in the off-shore reservoirs. 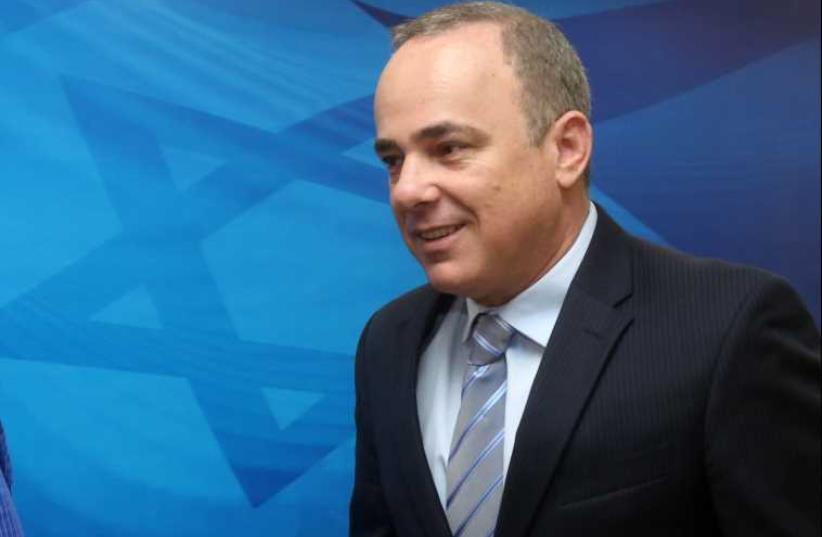 Yuval Steinitz
(photo credit: MARC ISRAEL SELLEM/THE JERUSALEM POST)
Advertisement
It’s been a busy week for Yuval Steinitz and the potential future of Israeli natural gas. The energy, infrastructures and water resources minister rounded off a week full of meetings with high-level officials said to be interested in Israel’s natural gas resources, as well as those with stakes in the off-shore reservoirs.According to the minister’s spokeswoman, Steinitz had a meeting with Nicola Monti, executive vice president of the Exploration & Production Division at Edison International Spa, a Milan-based subsidiary of the Electricite de France (EDF) Group, late on Wednesday.According to a statement, Monti expressed interest to Steinitz in the company’s purchase of stakes in the currently undeveloped Karish and Tanin gas reservoirs off the coast of Haifa, as well as the exploration of additional gas reservoirs in Israeli waters.Edison officials were also quoted as expressing hope that “from now on, regulatory stability will be maintained” in order to further develop the potential for selling natural gas both locally and in Europe.Earlier on Wednesday, Steinitz met with EU Ambassador to Israel Lars Faaborg-Andersen with the ministry stating that the European Union is interested in receiving natural gas from Israel.Steinitz also met with David Stover, the CEO of Noble Energy Inc., Leviathan reservoir’s 39.66-percent stakeholder, at the beginning of the week. At the meeting, the ministry said that the Noble Energy officials presented Steinitz with Leviathan’s timetable and data on field advances in hopes to “accelerate Leviathan’s development.”