Two million head to the outdoors this Passover holiday

Millions of Israelis flocked to nature for their holiday celebrations. 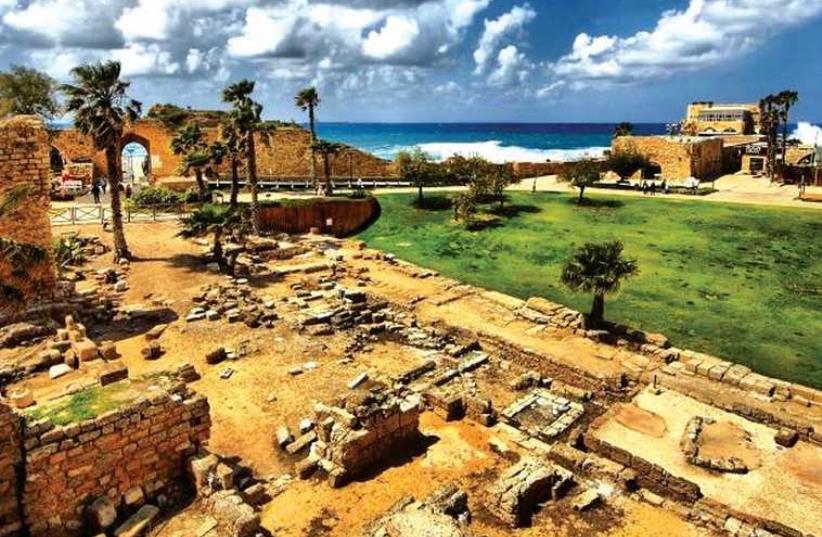 The Caesarea National Park
(photo credit: SAGI MORAN)
Advertisement
Taking advantage of a week full of sunny skies and mild temperatures, about two million Israelis headed to the country’s parks and trails during Passover.Although forecasts warned of inclement weather last week, hikers and picnickers took to the outdoors regardless, with minimal rain interrupting their plans. All in all, about one million people visited Israel Nature and Parks Authority national parks and nature reserves, while another million enjoyed Keren Kayemeth LeIsrael-Jewish National Fund parks and forests, the organizations reported.“Despite the challenging weather forecasts, which indicated less than ideal weather for hikes, we saw over the course of the holiday and the intermediate days of the holiday about a million travelers at national parks and nature reserves, similar to last Passover, which broke records for travelers, who voted with their feet once again and chose to celebrate the holiday in nature and at heritage sites,” said Raya Shurki, the authority’s community director.The most popular national parks throughout the Passover holiday and intermediate days included Caesarea, where visitors enjoyed horse shows in the hippodrome, as well as Masada, Tel Afek-Yarkon, Beit Guvrin, Habesor (Eshkol), Gan Hashlosha (Sachne) and Mamshit, the authority report said. At Mamshit, in the Negev Desert near Dimona, authority staff members organized a traditional Nabatean market, with dozens of merchants, craftsmen and artisans, along with musical and dance performances.Among the most visited authority nature reserves were the Banias, Nahal Ayun, Tel Dan and Ein Afek, the authority’s data showed. About 50,000 people also stayed at the authority’s overnight campgrounds, particularly visiting Mamshit National Park, Be’erot, Tel Arad and Ma’ayan Harod.Travelers also benefited from some 85 free information stations throughout the country’s nature reserves and national parks, as well as the many rangers available to guide them on their journeys, the authority said.“We were pleased to see that a respectable portion of the public was meticulous about maintaining cleanliness and order and following the directions of the inspectors in the field on the way to an enjoyable and safe trip,” Shurki said. “Without a doubt it was a Passover for hikers, and we thank the people of Israel who chose to travel this holiday in the nature reserves and parks and enjoy the landscape and heritage of our country.”KKL-JNF inspectors also reported a significant drop in the amount of garbage left in the organization’s parks and forests, in comparison to last year. Similar to the authority, KKL-JNF also set up information stands throughout the country for the benefit of visitors who flocked to the outdoors.Particularly popular KKLJNF events included organized hikes in the North, such as the March of Patience, Brotherhood and Friendship in the Harod Valley, in cooperation with the Marching Together organization, a statement from KKL-JNF said. In the country’s Center, many travelers attended a photography exhibition about pioneering women in the land of Israel, held at the Jerusalem Station Complex. Meanwhile, in the South, tours and activities also drew many travelers, including a migratory birds event in Lahav Forest.As part of KKL-JNF’s 115th anniversary celebrations, about 32,000 people attended a three-day festival in Ben-Shemen Forest, featuring activities and performances for the whole family, the organization said.While nearly two million Israelis enjoyed restful trips in the outdoors, some accidents did occur on the trails. Over the course of the holiday, the authority reported handling more than 15 ground and three helicopter rescue operations.In one such operation at the Ein Gedi Nature Reserve last week, rescue workers were not able to resuscitate one traveler, who likely died of dehydration, the authority said in a statement. Most of the accidents during the past week occurred when travelers failed to bring sufficient water supplies, wear proper clothes or perform other preparations necessary for hiking on the country’s trails, the statement added.