Organization would stress innovative approaches to development, and specialize on a small set of countries that act as willing partners. 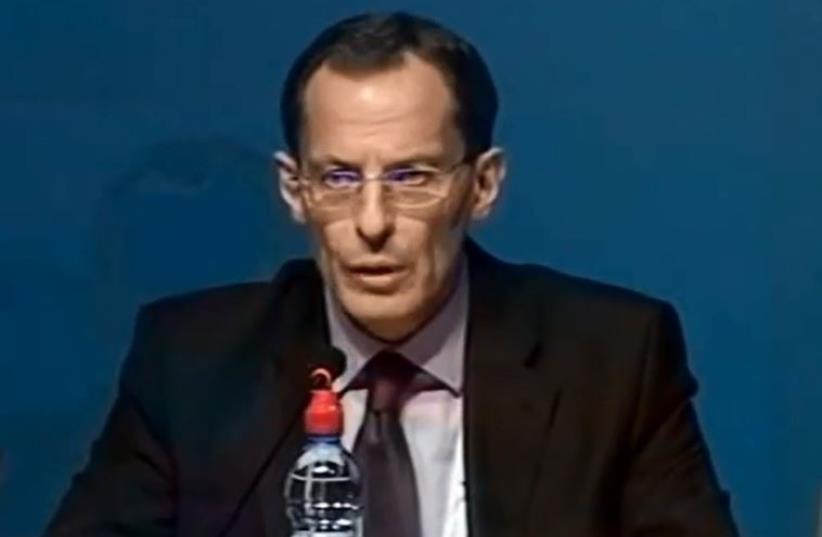 Eugene Kandel
(photo credit: screenshot)
Advertisement
Eugene Kandel, until recently Prime Minister Benjamin Netanyahu’s top economic adviser, called for the creation of an Israeli international development body that would work to help poor countries.Unlike the World Bank, the International Monetary Fund or China’s new Asian Development Bank, the organization, to be known as TOV, would not focus on large infrastructure projects or offer loans in exchange for good governance. Rather, it would stress innovative approaches to development, and specialize on a small set of countries that act as willing partners.“The idea is to take Israeli know-how, leverage it with everyone else’s, and make a significant impact on a country,” he said Wednesday at ID2, an annual meeting of International Development activists sponsored by the Charles and Lynn Schusterman Foundation.The outline of the organization, which Kandel said he does not want to lead, came together from meetings of the National Economic Council while Kandel still ran it.Although its exact parameters remain sketchy – Kandel referred to it as an “open source idea”– one thing was definite: the name.TOV, which means “good” in Hebrew, stands for Tikkun Olam Ventures – Tikkun Olam refers to the Jewish concept of “fixing the world,” often interpreted as social justice or doing good.When ID2 participants bristled at the idea of creating yet another development bank, Kandel agreed that “bank” was the wrong term.The organization would focus on running pilots in areas such as water, energy and health, and then work to scale up the successes, perhaps in partnership with other developing bank.Israel, Kandel said, is primed to lead the institution, not only because of its innovative ecosystem, but also because it, too, pulled itself out of the category of “developing country”– one that seemingly lacked farmable land or natural resources – and catapulted itself into a high-tech power and OECD member.“I think that an Israel-based ‘bank’ can do that because we can say with full authority that we’ve been where you’ve been 50 years ago,” Kandel said. “Half the desert here is green because of that track record.”While Israel has several groups doing excellent work in the field of development and development innovation – many of them with representatives at ID2 – TOV, with its network of philanthropists and volunteers, would be able to scale ideas, Kandel argued.“Today we don’t have a tool, a platform to create that impact,” he said, adding that TOV would be more than a way to help foster innovation in developing countries. It also would be a platform to connect Diaspora Jews to Israel, he said.“Imagine that you have a Jewish school in Brazil or Moscow or the US and they cooperate on helping an orphanage in Africa. The most important part is that they see Israel as a great place and have friends there – this is what we need to create,” he said.The proposal is still in early stages, however, and needs an institutional structure, funding and many operational details must be filled in.“I believe that by first thinking about the challenges and creating internal ventures around the partner, it’s the basis of a good idea. But there are a lot of steps that need to be taken to turn it into the real thing,” said Oran Kochavi, VP marketing and innovation of Terra Ventures, an Israeli venture fund that specializes in firms that make a positive social or environmental impact.That said, ID2 is a fitting venue to let the seeds of the idea grow with the goal of connecting Jews who are passionate activists in the development, in hopes of sparking collaboration.