"It’s a matter of life and death. Legislation and enforcement can save lives." 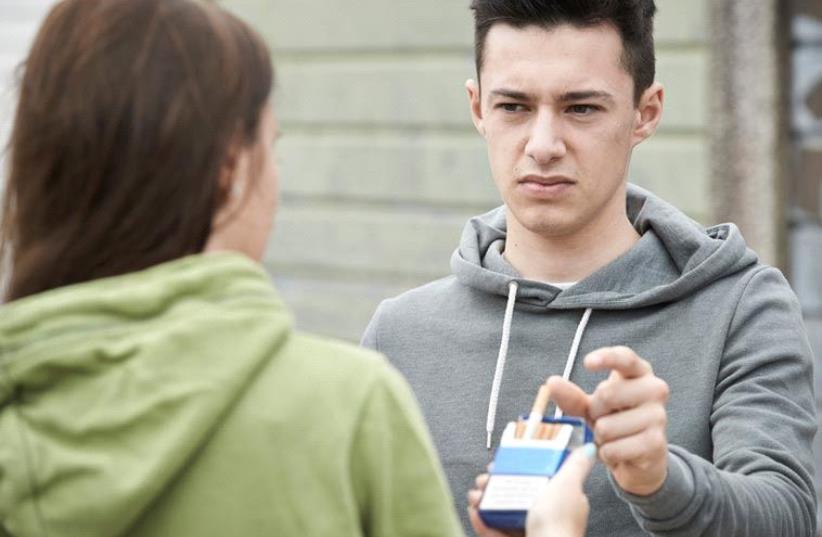 Survey on Smoking and drinking alcohol
(photo credit: INIMAGE)
Advertisement
An average of 666 Israelis die from complications of tobacco smoking every month – one person every 66 minutes.The Israel Cancer Association (ICA) has given the Health Ministry and the government a grade of only 43.5 out of 100 points for its policies to minimize smoking and their implementation, putting it in 28th place out of 35 OECD countries.While the ICA is marking International No-Smoking Day – which falls this year on Shavuot, May 31 – Health Minister Ya’acov Litzman has announced no plans to do so. Several years ago, the ministry canceled its annual health minister’s press conference on smoking cessation and issuing to the public of the annual Smoking Report, which the minister is required by law to present to the Knesset.Most public efforts taken to restrict smoking have been shown to bring about a reduction of some 1.5% in smoking among the population, but the Health Ministry has done almost nothing to accomplish this in recent years.The World Health Organization has focused this year on tobacco as a threat to sustained development around the world. The strategies for reducing tobacco use are taxation, prohibition of smoking in public places and enforcement; expenditures on public information campaigns; prohibition of tobacco advertising and marketing; effective health warnings; and services to help give up smoking.ICA director-general Miri Ziv said that Israel used to be a world leader in fighting smoking, especially in legislation, but it has fallen way behind.“This is the time to implement urgently the state’s commitment to the Framework Agreement on Tobacco Control that it ratified years ago,” she continued.“It’s a matter of life and death. Legislation and enforcement can save lives.”The voluntary ICA, which receives no state subsidies, does its part by sponsoring media campaigns and distributing written, smartphone and other electronic information to delegitimize smoking, especially among young people. It has even produced a Hebrew song, Smoking is Not For Me, which has been viewed by more than a million Israelis. It has also asked Channel 2 TV’s Reshet, which produces the Big Brother reality show, to abolish all smoking in the house.More than 1,000 lectures about the dangers of smoking are given in schools by the ICA each year along with special events around the country.No-Smoking Day will be marked (belatedly) in the Knesset on July 11, with discussions in committees and in the plenary.A new study on the effectiveness of aerobic exercise in improving moods, reducing anxiety and minimizing the urge to smoke has been published.The study was published by scientists at the University of Oxford in the journal Nicotine and Tobacco Research.Those who smoke more than 10 cigarettes a day and do not do any exercise tried aerobic exercise – less than 20 minutes daily, three times a week for six months – and were found to reduce and even eliminate their smoking habit.
Sign up for the Health & Wellness newsletter >>