“Israel must preserve full communications independence that is not dependent on outside sources,” he said. “One of the solutions is to take immediate action to speed up the production of a new satellite.” 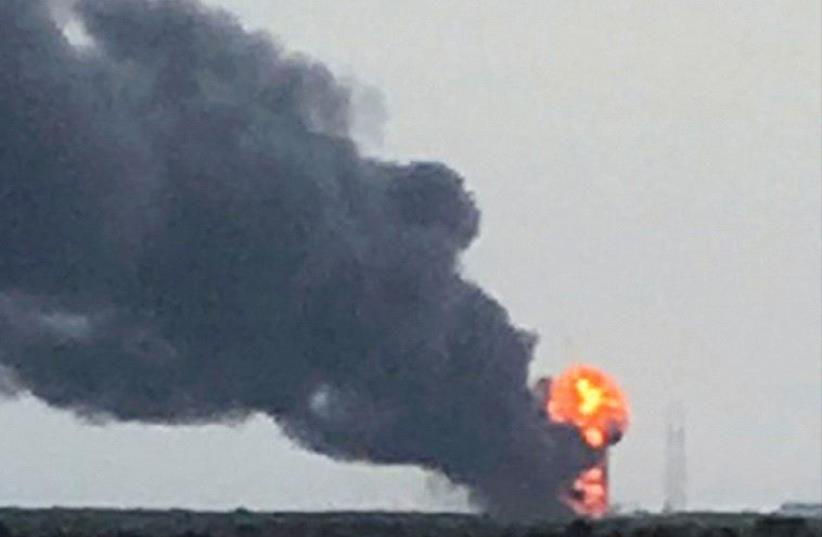 THE EXPLOSION on the launchpad at Cape Canaveral on September
(photo credit: REUTERS)
Advertisement
Space technology is “too precious” to Israel’s economy, defense and international status to be left to private industry alone, experts told the Knesset Science and Technology Committee on Sunday.The testimony came during an urgent meeting on the September 1 accidental explosion of the US rocket that destroyed Israel’s prestigious and expensive Amos- 6 communications satellite, while it was still on the launchpad in Cape Canaveral, Florida.It will take some two years to produce another satellite like Amos-6, Science, Technology and Space Minister Ofir Akunis wrote in a letter to Prime Minister Benjamin Netanyahu, Defense Minister Avigdor Lieberman and Finance Minister Moshe Kahlon. In the meantime, competition from other countries will be intense.“Israel must preserve full communications independence that is not dependent on outside sources,” he said. “One of the solutions is to take immediate action to speed up the production of a new satellite.”In the letter, Akunis also requested immediate new funding for the Israel Space Agency, which operates under the aegis of his ministry, to purchase components needed for development of a new communications satellite. The components alone will cost tens of millions of shekels.Science Ministry director-general Peretz Vazan noted that Israel is almost totally dependent on a small number of undersea cable companies, which are themselves dependent on other firms.“Communications satellites are the sole alternative to preserve communications independence,” he said. “This independence makes it possible for us to control technologies, preserve communications abilities at all times, and install components that are needed by the defense system.”Israel Space Agency chairman Prof.Yitzhak Ben Yisrael said that the state must declare space communications a vital strategic field and not leave it solely in the hands of private industry.