Knesset State Control Committee chairwoman Karin Elharar argued on Monday for the health ministry to be relieved of its responsibility for investigating negligence cases. 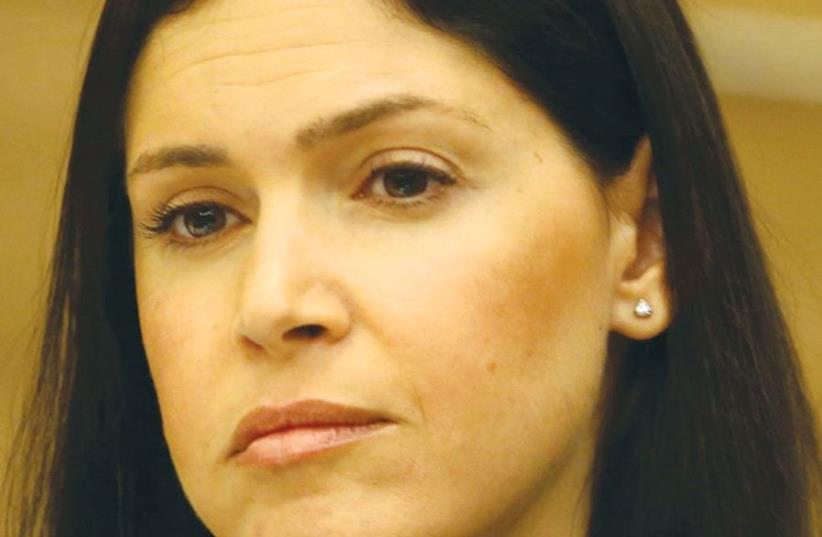 Karin Elharar
(photo credit: MARC ISRAEL SELLEM/THE JERUSALEM POST)
Advertisement
The Health Ministry should be relieved of its responsibility for investigating medical negligence cases, Knesset State Control Committee chairwoman Karin Elharar said on Monday.The ministry is advancing a bill that would give official status to its public complaints commissioner, who also handles medical negligence cases, she said. The bill would also grant immunity to witnesses of such negligence, preventing the use of their testimony in tort proceedings, Elharar said.During the committee meeting, there was a discussion of the case of Ofek Taub, a child who sustained severe brain damage after doctors and other staff at Hadassah University Medical Center, in Jerusalem’s Ein Kerem, ignored prolonged warnings that an operating room (in which the boy was treated) had a carbon dioxide spigot that could be mistaken for the one for oxygen.The boy’s father, Amiad Taub, who attended the meeting, said: “We will battle against criminals with a medical degree and those parts of the system that are protected by their colleagues.”Last month, the Jerusalem District Attorney’s Office announced that it is considering bringing criminal charges against the former director of the medical center as well as five doctors and other staffers for “recklessness and negligence that endangered human life.“A hearing will be held before a decision is made,” the office said. “We must prevent such tragedies in the future.”“The investigation is blood boiling.It must be determined whether the hospital’s practices have been changed,” Amiad Taub said. “The staffers involved have not been punished.”Former health minister Yael German said it was “very difficult for the ministry to deal with such subjects, as the commissioner – a senior ministry official – cannot investigate doctors he knows and is friendly with.” As a result, she said, such investigations should be carried out by another institution.Dr. Boaz Lev, the current complaints commissioner and a former longtime associate director-general and director-general of the Healthy Ministry, said: “Our hearts are with the families. Some of the cases are criminal and the police are dealing with them. We issued mandatory guidelines on the matter, and today, only doctors will manage operating rooms. Hospitals work hard to meet international standards and clear guidelines require hospitals to report to the ministry on such cases.”A doctor can be suspended temporarily only after going through a hearing and when there is an immediate and direct danger to one’s health, he said.The Health Ministry declined to comment.
Sign up for the Health & Wellness newsletter >>