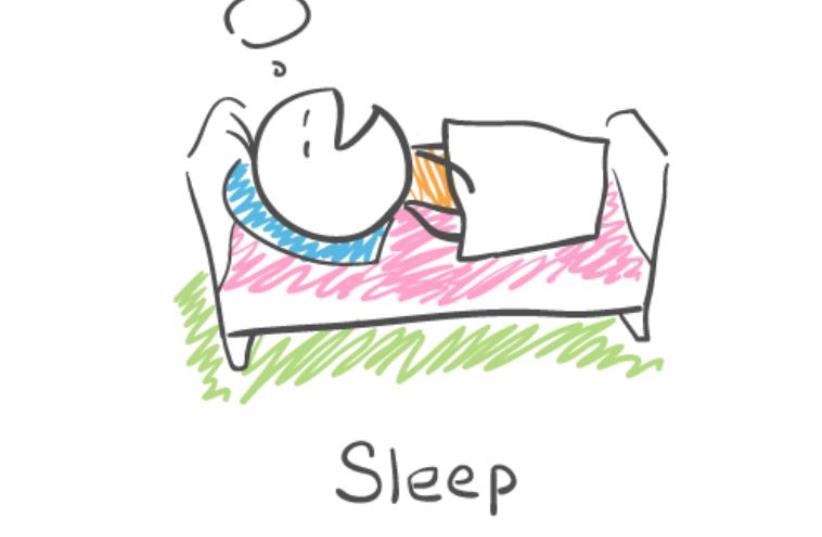 Sleep
(photo credit: ING IMAGE/ASAP)
Advertisement
The surgical removal of tonsils can be avoided in children suffering from moderate-to-serious sleep apnea just by taking out their adenoids – that mass of lymphatic tissue behind the nasal cavity where the nose blends into the throat. So says Dana-Dwek Children’s Hospital Prof. Ya’acov Sivan of Tel Aviv Sourasky Medical Center.“Today, the tonsils are removed, but we have found that in at least some of the children, only the adenoids need be taken out, resulting in a simpler operation.” He and his colleagues published their findings in the Journal of Clinical Sleep Medicine. The smaller operation means less risk to the child and a faster recovery, said Sivan, who heads the hospital’s lung institute.They examined 515 children who suffered from moderate- to-serious momentary disruptions of breathing during sleep and followed them up after surgery either for the adenoids alone or those as well as their tonsils.They found that in most cases, their apnea stopped when only the adenoids were moved.Between 10% and 15% of children snore, and 2% to 4% of all children suffer from sleep apnea because their upper respiratory tract is blocked by polyps. It is most common between the ages of two and seven.Sivan explained that sleep apnea in children can cause harm in both the short and long term, as they are at risk for learning disorders, difficulty concentrating, poor behavior at school, mood changes, hyperactivity and forgetfulness.They also suffer more often from illness and are taken to their doctors more frequently. Even cardiac complications can result, he said.Removal of adenoids is a “small operation” with only rare complications, but when the tonsils are removed as well, the hospitalization is longer, pain is greater and complications can even endanger life.“I expect that our conclusions will lead to initiatives abroad that will study the matter and bring about new thinking among doctors,” said Sivan. Adopting the recommendations will lead to cost savings, less pain, complications and shorter hospitalization, he concluded.
QUICK ACCESS TO ONCOLOGISTSAccessibility to doctors is vital when cancer is the issue.Now Tel Aviv Sourasky Medical Center promises patients that they will be able to meet with an oncologist within 48 hours of their first request. Prof. Ido Wolf, head of the hospital’s oncology department, said that receiving a cancer diagnosis is the most frightening moment for the patient because they are confused about the disease, the treatments and their prognosis. Sourasky decided to reduce the fear by shortening queues so they can get treatment and explanations in the smallest possible time.“We regard this as a revolution in awareness and a new standard of service in public hospitals,” commented Sourasky director-general Prof. Ronni Gamzu.
SMARTER BRAINS NOT BIGGER BUT WITH MORE BLOOD Researchers at Australia’s University of Adelaide have overturned the theory that the evolution of human intelligence was simply related to the size of the brain.Instead, it seems IQ is linked more closely to the supply of blood to the brain. The international collaborative research project found that human brain evolved to become not only larger but more energetically costly and bloodthirsty than previously believed.The research team calculated how blood flowing to the brain of human ancestors changed over time, using the size of two holes at the base of the skull that allow arteries to pass to the brain. The findings, recently published in the Royal Society journal Open Science, allowed the researchers to track the increase in human intelligence across evolutionary time.“Brain size has increased about 350 percent over human evolution, but we found that blood flow to the brain increased an amazing 600%,” said project leader Prof. Roger Seymour. “We believe this is possibly related to the brain’s need to satisfy increasingly energetic connections between nerve cells that allowed the evolution of complex thinking and learning. To allow our brain to be so intelligent, it must be constantly fed oxygen and nutrients from the blood, and the more metabolically active the brain is, the more blood it requires, so the supply arteries are larger. The holes in fossil skulls are accurate gauges of arterial size.”
Advertisement
Subscribe for our daily newsletter