Honey of an idea 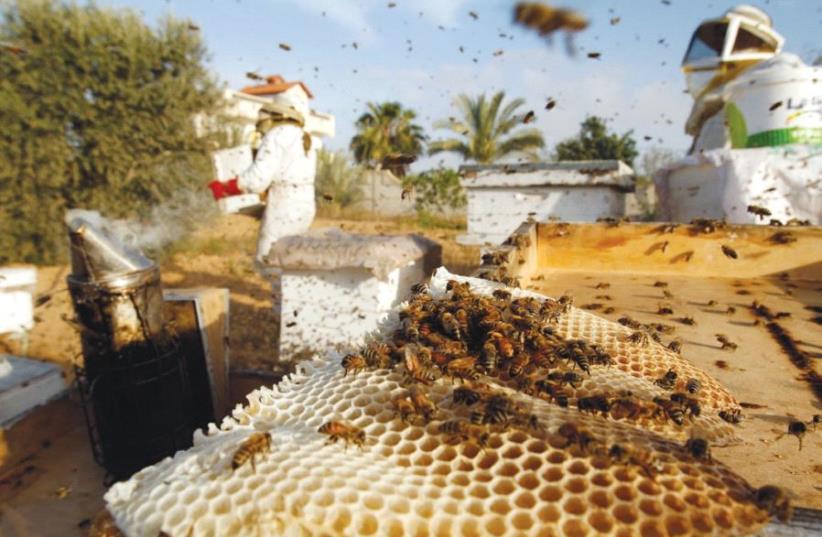 GLOBAL AGRICULTURAL production has taken a hit in recent years due to declining bee populations.
(photo credit: REUTERS)
Advertisement
Students from Modi’in’s ORT Ironi Daled High School may have found a way to circumvent the threat to agricultural production posed by declining bee populations worldwide.As part of a project for science engineering class, students developed an autonomous pollination device . The mini drone’s camera identifies suitable flowers, approaches them from above and brushes them with pollen.Many plants depend on bees and other insects as pollinators in order to reproduce. Bee populations in the US, Brazil, Central America, Germany, Italy, Poland, Spain and Portugal have seen a drop of between 70 and 90% in the past few years, affecting a third of all global agricultural production.Experts have titled the phenomenon, in which the majority of worker bees in a colony disappear, colony collapse disorder, but do not yet agree on its cause. Among the theories are global warming, electromagnetic radiation from cellphone systems, pathogens, mites, genetic factors, malnutrition, pesticides, loss of habitat and beekeeping practices.A solution to this problem has not yet been found. Some farmers have taken to pollinate flowers by hand, which is a very tedious and difficult process.So far the mini drone’s results have been promising. The drone uses an Arduino- based flight controller. Arduino is an open-source electronics prototyping platform that enables users to create interactive electronic objects. A component called Pixy processes the picture that is attached to the Arduino, making it possible to locate objects with a specific color.The drone uses this technology to identify flowers designated for pollination. A user sends the drone to relevant plants and flowers, which are brushed with pollen.Students will present their autonomous pollination device at a competition at the end of February at the Technion- Israel Institute of Technology in Haifa.