The child arrived with a high fever and other symptoms that raised the doctors’ suspicions of a virulent Streptococcus bacterial infection that causes the victim to decline rapidly. 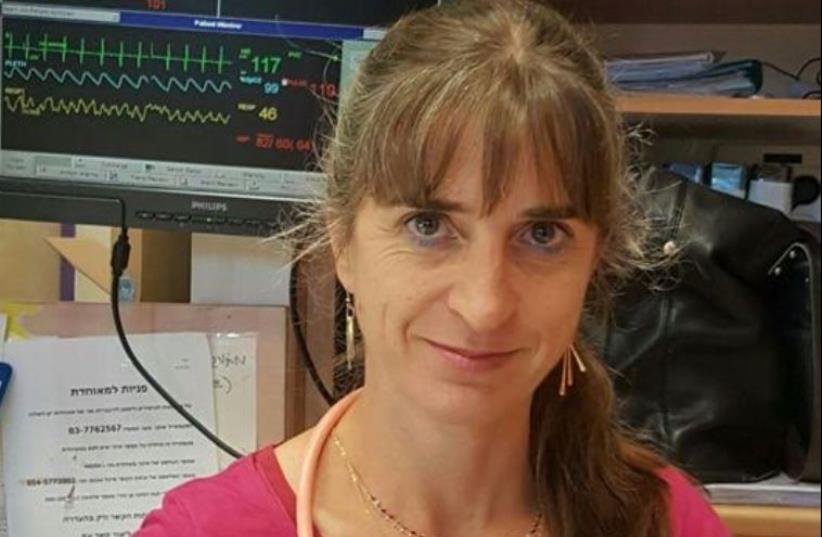 Dr. Rivka Brooks
(photo credit: HADASSAH UNIVERSITY MEDICAL CENTER)
Advertisement
A quick-acting medical team at Hadassah University Medical Center on Jerusalem’s Mount Scopus saved a five-and-a-half-year-old boy from fatal flesh-eating bacteria. “If they didn’t get to the hospital in time, he probably would have died,” said Dr. Rivka Brooks, head of the pediatric intermediate care unit.The child arrived with a high fever and other symptoms that raised the doctors’ suspicions of a virulent Streptococcus bacterial infection that causes the victim to decline rapidly.“My son awoke in the morning and complained of pain in his knee. Besides that, he acted normally and went to kindergarten. But two hours later the kindergarten teacher called to say he had a fever. He was already pale, so I took him to the doctor, who said he had a viral condition.”In the evening, the boy’s condition began to decline and he had a red rash on his body. “When I pressed the spots, they didn’t disappear. I thought it was strange. I know my son, and when he has a fever but gets Nurofen, he usually functions,” the father continued. “I consulted with his doctor, who said to take him to Mount Scopus. He was right. They took us immediately and suspected meningitis. My son became more sleepy and apathetic, and his blood pressure declined. The treatment they gave him started to help. He was moved to intensive care, and since then his condition has improved.”“Flesh-eating bacteria” is a popular term for a very rare but serious bacterial infection known as necrotizing fasciitis, which starts in the tissues just below the skin and spreads along the flat layers of tissue (fascia) that separate different layers of soft tissue such as muscle and fat. This dangerous and potentially deadly infection most commonly occurs in the arms, legs, and abdominal wall and is fatal in about a third or more of cases.In most cases the virulent bacteria are Streptococcus pyogenes. The term flesh-eating has been used because the bacterial infection produces toxins that destroy tissues such as muscles, skin, and fat. Normally, such bacteria cause a mild sore throat (pharyngitis) and skin infections, but rarely, it can develop into much more severe illnesses such as toxic shock syndrome and necrotizing fasciitis.The bacteria are transmitted by droplets in the air or contact with fluids expelled by a carrier, usually adults who themselves are not affected by the pathogens. Only in a small number of cases do the bacteria penetrate the tissue of the throat and reach the bloodstream to cause this potentially fatal disease. In the rest of the cases, the body’s immune system kills them off before they can cause harm.“It’s fortunate that the medical team acted quickly and saved his life. Parents should know that if a child does not act in a way familiar to them, even when ill, go for medical help,” the father said. “Follow your intuition.”Brooks said that when the child was brought in with a high fever, “there were clear signs of a rash all over his body. That is one of the criteria for necrotizing fasciitis; apathy is another. We immediately gave him suitable antibiotics and fluids.” The boy is still in intensive care, but his condition is improving and he is out of danger, said Brooks. Tests confirmed that he indeed had  streptococcus pyogenes that developed from meningitis. “There is no doubt that paying attention to these symptoms saved his life.”She urged parents who notice unusual symptoms like these in their children to take them to an emergency room immediately.