Ben-Gurion researchers make progress in understanding which genes cause the disorder. 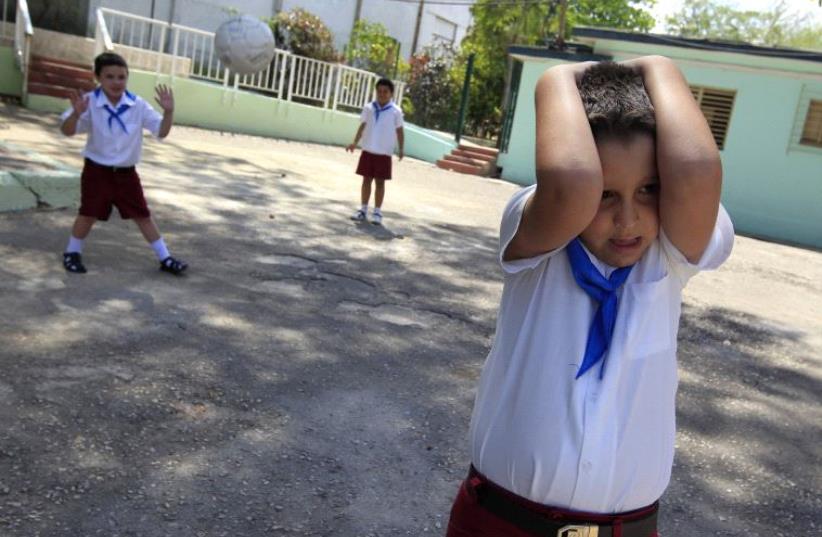 A child with autism plays with other children (file)
(photo credit: REUTERS)
Advertisement
It has been suspected for some time that numerous defective genes are responsible for autism spectrum disorder (ASD) but now, Ben-Gurion University of the Negev researchers have taken a step closer to understanding the genetic basis of the developmental disability usually diagnosed in toddlers.
In the past 30 years, ASD has become a major public health concern, with a substantial increase in the prevalence of ASD worldwide. During the past decade, genetic studies have suggested hundreds of ASD susceptibility genes, but only a few of these genes have been clearly associated with the disorder.
Dr. Idan Menashe and his colleagues, Erez Tsur, and Prof. Michael Friger at the university in Beersheba studied the sequences of 651 genes that have been suggested as being connected with autism and discovered characteristics that distinguish them from other genes in the genome. The researchers work in BGU’s Health Sciences Faculty department of public health.
Among the distinct characteristics of autism genes is their exceptional genomic length, which is even longer than other brain-expressed genes of closely related diseases such as Alzheimer’s disease and schizophrenia. The BGU researchers also discovered a unique genomic signature in the genes that was shaped by negative selection -- an evolutionary process that removes disruptive mutations from genes over generations.
Menashe and his team also searched for evidence of positive selection in these genes. Such a mechanism could explain the presence of autism in the human population. But no indications of positive selection acting on autism genes were found. Thus, autism susceptibility mutations are probably maintained in the human genome because they cause the disorder only in combination with other genetic and/or non-genetic factors, they said.
The authors used the unique genomic characteristics of autism genes to identify additional candidate genes for the disorder and showed that this evolutionary signature is highly efficient in capturing well-established autism genes. These findings broaden  understanding about the genetic mechanisms that are involved in autism, and provide new tools for the discovery of new candidate genes.
Sign up for the Health & Wellness newsletter >>