IsrALS organization has given seed money for an Israeli startup, EyeControl for development of affordable mobile communication device. 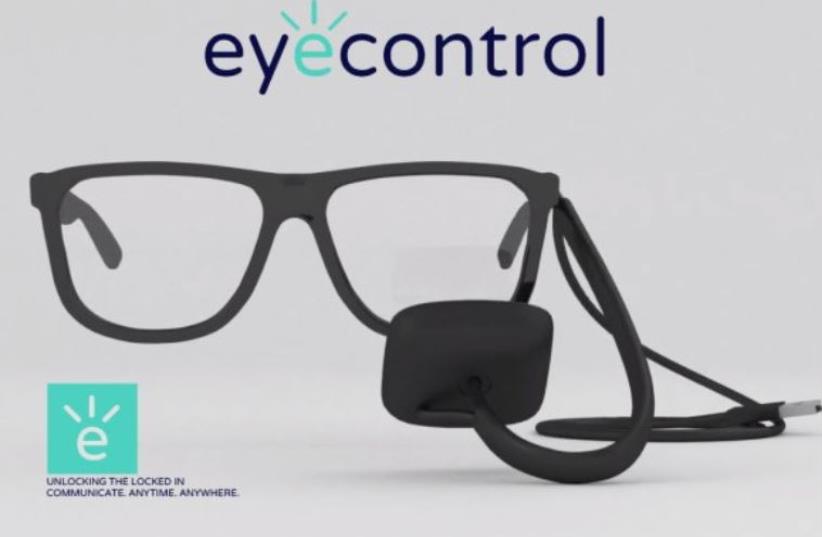 Israeli startup, Eye Control
(photo credit: screenshot)
Advertisement
The IsrALS organization has given seed money for an Israeli startup, EyeControl, that has developed the first-ever screen-free and affordable mobile communication device that will enable ALS patients who can’t speak to communicate anywhere. Its Prize4Life fund has linked up with the website of indiegogo.com on a campaign that began this week to raise money for further developing the product. IsrALS is dedicated to promoting improved treatment and even a cure for the still-fatal neurological disease amyotrophic lateral sclerosis (Lou Gehrig’s disease), which mostly hits young people and kills them within an average of five years. A handful of  “lucky” ones such as British astrophysicist Prof. Stephen Hawking have survived for many decades, but even he is completely paralyzed except for his eyelids.“ALS patients need an affordable communication device,” said IsrALS founder Avichai Kremer, who himself has ALS and would like every patient to get the device, “I communicate today via a computer with the help of head movements. I mainly use email and Skype. A product like EyeControl will give me more freedom. I will be able to leave the house and communicate with friends and family. Today, ALS patients are locked in, a healthy mind in a paralyzed body. We need to change that,” he said, via his computer.
ALS patients have fully functional cognitive abilities who gradually lose their speech and the use of their upper limbs, and cannot communicate with their environment due to physical limitations. Existing communication devices -- computerized, using a screen, expensive and cumbersome to calibrate -- are not mobile. Even if a patient can afford to buy them, those tools cannot be used without a dedicated computer.These means limit the communication to times when patients are in front of the screen and cannot be used when in bed, on the go (perhaps on a wheelchair) or in the car, according to the Israeli startup. This limits the patient and can endanger their lives.
The patent-pending device improves the quality of life for "locked-in" patients by providing a cheap, accessible, automatically calibrated and mobile means of communication.An infra-red camera connected to a simple glasses frame and communicates with a credit-card sized computer that identifies and translates the blinks and movements of the userעs eyes into commands which will output in sound, to earphones and to a speaker. In addition, it can transmit these to a smartphone via Bluetooth. The smartphone-run application enables the patient to communicate using a text-to-speech mechanism. The patient can choose from predefined sentences (such as “I'm cold,” “I need to go to the bathroom” or  “My hand hurts.” An alert can be sounded, calling for assistance. Users can compose sentences using virtual boards that resemble the alphabet.The startup, which has been working for a year, is seeking funds from the general public via www.indiegogo.com/projects/eyecontrol-communicate-anytime-anywhere#/story and hopes to develop a head-mounted device for the camera, improve the eye- tracking algorithm and develop more features for the mobile app. It hopes to get private donations while waiting for state investment from the Economics Ministry’s chief scientist.
Advertisement
Subscribe for our daily newsletter