The discussion gets heated regarding northern healthcare. 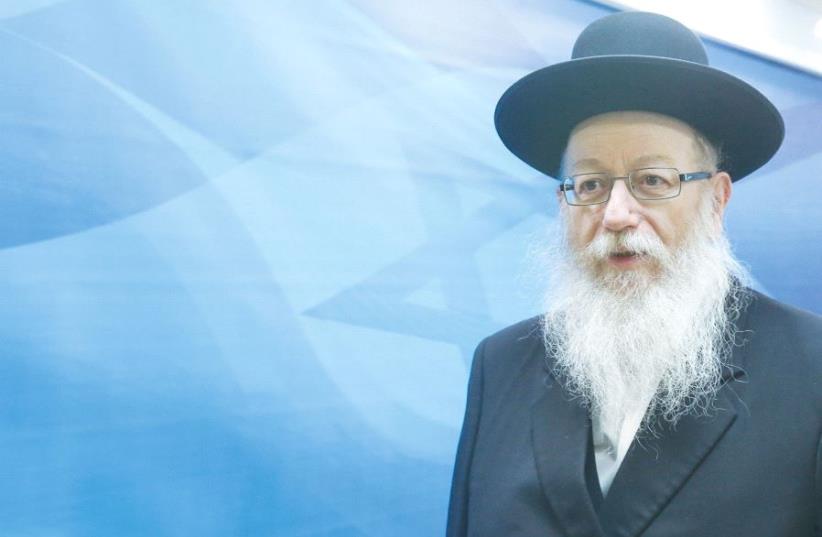 YA’AKOV LITZMAN
(photo credit: MARC ISRAEL SELLEM/THE JERUSALEM POST)
Advertisement
Knesset Labor, Social Welfare and Health Committee chairman Eli Alalouf of Kulanu halted a discussion on health services in the North after Health Minister Ya’acov Litzman and Ma’alot Mayor Shlomo Buhbut had a fierce confrontation.Shouted Buhbut at Monday’s event: “You did not find the time to call Western Galilee Government Hospital in Nahariya [about large state debts for its care of wounded Syrian civilians], you do not care; you must resign.”Litzman fired back: “With all due respect, you will not conduct the [Kulanu] primary at my expense. Don’t tell me what I care about! Buhbut: “I live in the North. I came to protest the abandonment of the entire Western Galilee, because the hospital serves about 600,000 people. We are the most deprived hospital in the country, we have only one bed per 1,000 people.“Your [Agudat Yisrael] voters do not read the Zionist press, so you do not care [about the hospital].”Litzman: “You’re speaking nonsense. There’s a limit. You will not call me a liar.”Buhbut: “I did not say a liar. I said you should resign. We mayors are representatives of 700,000 residents in the North who need healthcare. You don’t know anything!” Litzman: “In the past two years, I have done more [for the healthcare of northern residents] than you have done in your life.”Buhbut: “I was a member of the Knesset. I was the chairman of the Union of Local Authorities, 14 years as mayor. You will not say I was nothing.”Litzman: “Why is Nahariya in crisis? We have everything we promised; we have the Syrians problems, but we reached an agreement that all the money will be reimbursed.”Dr. Michal Shani, the secretary of the Family Physicians Association, told the Knesset panel: “Is anyone willing to have surgery performed by a doctor who was not an expert in surgery? If we do not maintain the standards now, in a few years we will be asking ourselves ‘Where were we?’” Litzman said his ministry initiated a program in which retired doctors will be employed as emergency room staff on weekends. In response, Dr. Moshe Kostiner of the Israel Medical Association said: “This is cheapening the functioning of community physicians. Only those in the field can understand the pressure. Some pediatricians have to treat 14 children an hour during an epidemic like the flu. It’s not practicing medicine, it’s putting out fires.”Alalouf said he would hold a discussion on the issue of Galilee medicine in July.
Sign up for the Health & Wellness newsletter >>