In his life and deeds, he handed us tomorrow, always paving paths for the future of peace. 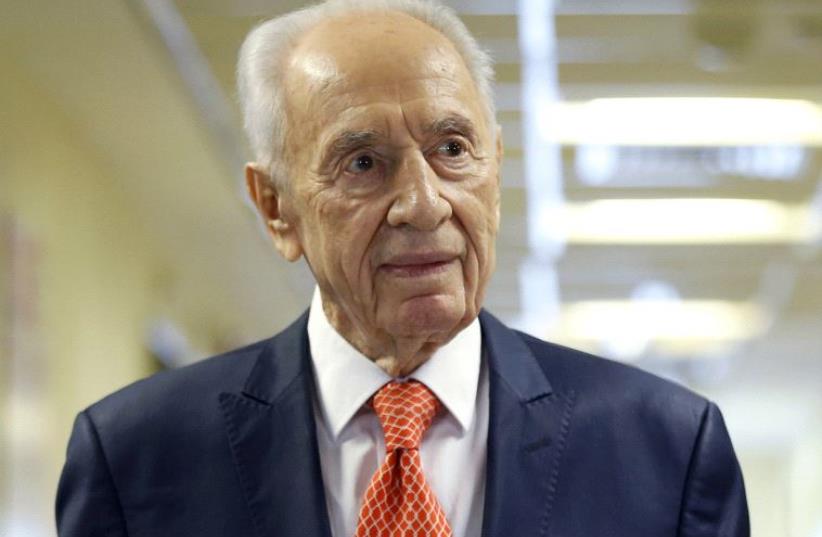 Shimon Peres
(photo credit: REUTERS)
Advertisement
The family of Shimon Peres, honoring the wishes of the former president, have donated his corneas, which will enable a recipient to see.“His eyes were in the stars, and his feet were on the ground,” said his daughter Zvia Walden after the family made the decision. “My father left a living will, a very detailed one, so we did not have to tell the doctors. He wrote in a very orderly way what he wanted and what he didn’t want. This shows that he thought not only about the future and ‘traveled to the stars,’ but he also had his two feet on the ground.”According to the Israel Transplant Center, corneas donated by people over the age of 80 are used as “bridges” for transplant until more suitable corneas are found for the would-be recipient or when a patient suffers from glaucoma, an eye disease in which eyesight is seriously harmed due to high intra-ocular pressure.Peres had registered with ADI, the organ donor organization when he was president, and called on everyone to sign a donor card.Chemi Peres, son of the ninth president, said Wednesday morning at Sheba Medical Center at Tel Hashomer after his father’s death that the family feels its loss today is that of the entire people of Israel.“The pain belongs to all of us,” he said.He also referenced his father’s long-standing devotion to the state and people of Israel.“Dad used to say, ‘The greatness of a man is measured according the size of the matter that he serves.’ He had no interest other than to serve the people of Israel, which he believed in and loved until his last breath. He commanded us to build Israel’s future.”Chemi Peres expressed gratitude to Sheba’s medical staff for treating his father “with great devotion” and sent a message of speedy recovery for other patients in the intensive-care unit. He also thanked his father’s well-wishers, “who supported us and embraced us, from both near and far, by word, wish, hope and prayer. He loved Israel and the people until his last breath.In his life and deeds, he handed us tomorrow, always paving paths for the future of peace. We had great privilege to be members of his family, but we feel that our loss today is of the entire people of Israel.”Prof. Rafi Walden, the former president’s son-in-law and personal physician, added: “His life was cut short as he bore his great passion for strengthening the state and promoting peace. His legacy will remain with us.”
Sign up for the Health & Wellness newsletter >>