Rx for Readers: Hot and bothered

There is clearly a direct connection between fever and teething. 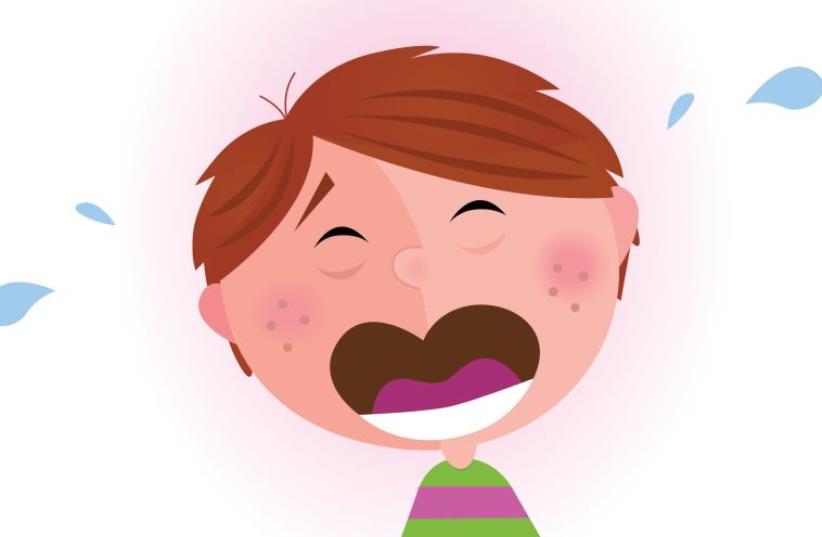 A child crying
(photo credit: INGIMAGE)
Advertisement
My two-year-old grandson always seems to get a fever for a day or two while teething. I think there is no connection, but my daughter insists there is. Can I have an expert’s opinion on whether there is a connection? And if the fever does come from teething, should I give the baby Acamol (paracetamol)? S. R., Tel Aviv

Prof. Joseph Shapira of the pediatric dentistry department of the Hebrew University-Hadassah School of Dental Medicine in Jerusalem comments: This is a question that interests many young parents, and I know that some believe that fever does result from teething, while others dismiss the idea.I wrote an article specifically on this subject that was published in 2003 in the journal Pediatric Dentistry.Over a period of five months, we examined a total of 16 healthy babies and toddlers ages four months to three years twice a week at Hadassah. They had 50 erupting teeth over a period of five months.We concluded then that there is clearly a direct connection between fever and teething. I noted then that Hippocrates wrote back in the 4th century BCE that “teething children suffer from itching of the gums, fever, convulsions and diarrhea.” However, opinions about local and systemic disturbances in the teething varied. Much of the information gathered about teething was based on subjective parental information, which is affected by the need to explain behavioral changes.There is indeed a clear connection, because there are higher levels of cytokines – small proteins that are important in cell signaling – in the gingival crevicular fluid of erupting primary teeth. The cytokines were found to be connected with several systemic symptoms that accompany teething. Interleukin 1 and TNF are linked to fever (over 38 degrees centigrade) and sleep disturbance. Interleukin 1 and 8 are connected to gastrointestinal symptoms, and interkeukin 1 is linked to a loss of appetite. Our study was the first to demonstrate the role of local cytokines in the gingival crevicular fluid of erupting teeth and correlate them with systemic disturbances during teething.My colleagues and I have continued to study this over the last two years, and our laboratory findings absolutely support this position.Prof. Francis Mimouni, senior pediatrician and head of neonatology at Jerusalem’s Shaare Zedek Medical Center, adds: There are supporters of the view that fever should be allowed to do its job of fighting infection, and there are those who believe that symptomatic relief of fever is ethically recommended (why should the child “suffer?” they argue). I personally do not own a thermometer, and I give paracetamol or ibuprofen to my kids only if they feel hot and are suffering from discomfort. When they are hot and comfortable, I practice “benign neglect” and do nothing.Dr. Deena Zimmerman, a pediatrician, director of research at TEREM emergency medical centers and director of TEREM’s Modi’in branch, adds: Teething can cause a lowgrade fever that lasts a short period.If a child has a high fever for over two days, and certainly if the child looks ill, he or she should be checked by a physician to make sure that there is not a different cause for the fever.

My husband and I and our baby son recently moved into a nice three-room ground-floor apartment in Jerusalem.Within a few months, we noticed black mold on the lower part of some of the walls in the apartment. We cleaned them with bleach, and don’t know if I will return, as we didn’t find any signs of leaky pipes such as swelling, but maybe the moisture comes from under the building.Is there anything toxic in such mold, and could it cause health damage to us and our baby? P.T., Jerusalem

Dr. Tamar Berman, chief toxicologist of the Health Ministry, replies: According to the US Environmental Protection Agency website on mold (http://www2.epa.gov/mold/ mold-and-health), inhaling or touching mold or mold spores may cause allergic reactions in sensitive individuals.Allergic responses include hay-fever-like symptoms, such as sneezing, runny nose, red eyes, and skin rash. Allergic reactions to mold are common. They can be immediate or delayed. Molds can also cause attacks in people with asthma who are allergic to mold. In addition, mold exposure can irritate the eyes, skin, nose, throat, and lungs of both mold-allergic and non-allergic people. Symptoms other than the allergic and irritant types are not commonly reported as a result of inhaling mold. For information on cleaning mold, see http://www2.epa.gov/mold/brief-guide-mold-moisture- and-your-home.Rx for Readers welcomes queries from readers about medical problems. Experts will answer those we find most interesting. Write Rx for Readers, The Jerusalem Post, POB 81, Jerusalem 9100002; fax your question to Judy Siegel-Itzkovich at (02) 538-9527; or email it to jsiegel@jpost.com, giving your initials, age and place of residence.