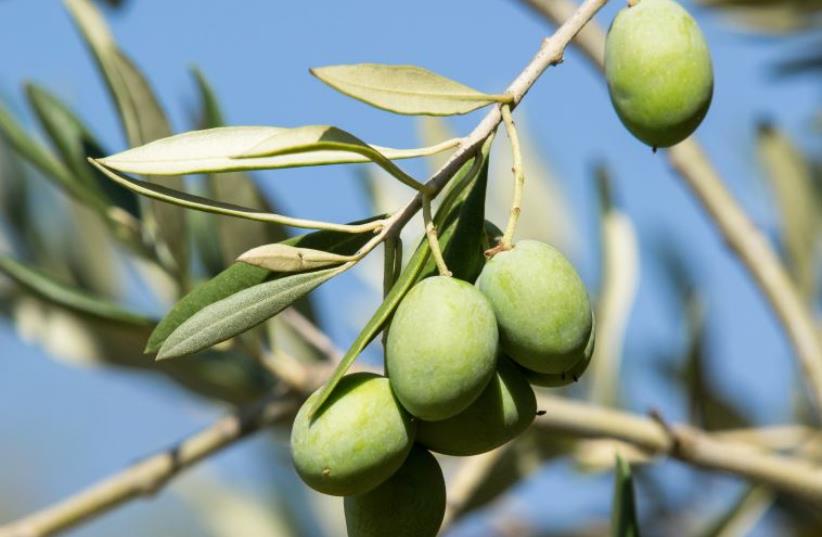 Olive tree
(photo credit: ING IMAGE/ASAP)
Advertisement
My 30-year-old son has just been diagnosed with a seasonal allergy to olive blossoms and became the first member of our immediate family to have such a condition. There are many olive trees in his neighborhood. He was prescribed antihistamines, but so far the drug has not helped. Is there anything else to do? Y.S., Petah Tikva Prof. Nancy Agmon Levin, chairman of the Society for Allergy and Immunology Specialists, comments: Israel has some 2,500 kinds of trees, wild plants, grasses and flowers, making it a wonderful place to make trips to spend time in nature, especially in the spring. But about one million of us – children and adults – suffer from seasonal allergies connected to flowering in the spring. The result is runny nose, sneezing, itching in the eyes and throat – all resulting from allergies that, untreated, can make their spring season miserable.Not every species is allergenic; those that cause the most problems are olives, pecans, wheat, barley, oats and various grasses, both wild and those used in gardens.Untreated, allergies can result in complications such as asthma, sinusitis and other problems. Allergies should best be diagnosed by an allergy specialist using skin tests whose results can be deciphered in only 15 to 20 minutes. An exact diagnosis can help the allergic to avoid exposure to the allergen. In any case, the drug should be suited to each specific patient.You cannot totally avoid some exposure to the species that causes you problems, but when you go on treks in nature, you can try to stay away from areas with lots of such plants or trees. When you drive through forests or other nature areas with allergenic species, keep the car windows shut tight.Someone with an allergic reaction should take suitable antihistamines, other drugs against inflammation, nasal inhalers and those whose contents go straight to the lungs.Immunotherapy, however, has long-term effects and is especially beneficial for those with significant allergies by changing the course of the disease. These vaccinations are customized for patients, exposing them gradually to allergens that cause reactions, but they should be administered only by allergy and immunology specialists.

I just came across the first item in your Rx for Readers of January 8 on frequent urination after having prostate radiation treatment. The Israeli pill Spasmex was ineffective. My general practitioner suggested I try Betmiga, that was then not available in Israel. I obtained my supply through a UK “side door,” and after taking it, the drug resulted in a 95 percent cure that gradually began to work after taking them for six weeks. After nine months of daily use and as an experiment, I stopped taking Betmiga altogether without telling my doctor. The problem did not reappear! He suggested that I had “retrained” my bladder. -S.G., Jerusalem Dr. Ofer Shenfeld, chief of urology at Jerusalem’s Shaare Zedek Medical Center, comments: Radiation injury to the bladder is quite common after pelvic radiotherapy. Various bladder relaxing medications, of which Betmiga and Spasmex are examples, are effective in many cases. However, the problem probably has nothing to do with “retraining your bladder” and more with the passage of time since radiation.My mother-in-law has been suffering for almost two years from a skin allergy. Her family doctor sent her for an injection of Xolaire 150 mg. That helped somewhat, but it is very expensive. Should she keep trying with it? -R.S., GivatayimVeteran Jerusalem dermatologist Dr. Julian Shamroth replies: Xolaire is very expensive – about NIS 3,000 – and has very limited use. It is not a cure; it must be taken for life. Thus I have no experience at all with this drug, and don’t have any patients taking it. In fact, I don’t even know of any Jerusalem dermatologists who are prescribing it. Send her to an experienced dermatologist to prescribe her another drug for her condition.  Rx for Readers welcomes queries from readers about medical problems. Experts will answer those we find most interesting. Write Rx for Readers, The Jerusalem Post, POB 81, Jerusalem 9100002, fax your question to Judy Siegel-Itzkovich at (02) 538-9527, or e-mail it to jsiegel@ jpost.com, giving your initials, age and place of residence.