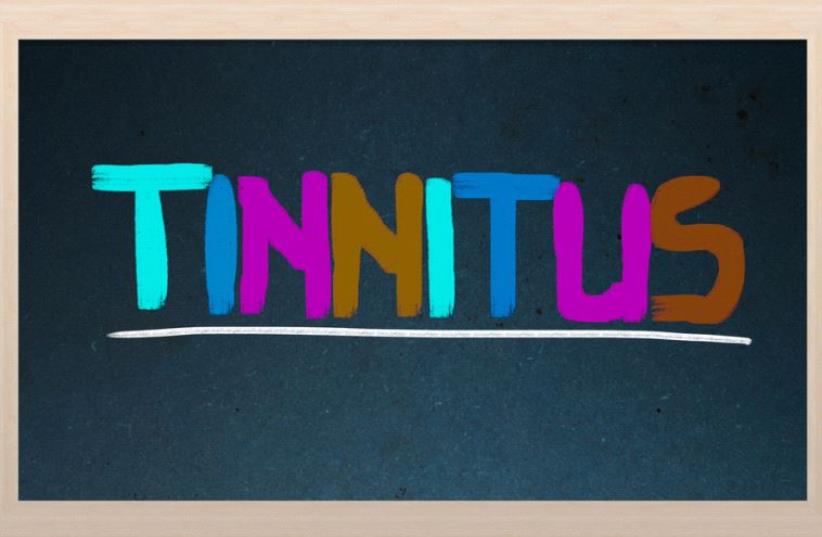 Tinnitus
(photo credit: ING IMAGE/ASAP)
Advertisement
My grown son suffers terribly from tinnitus. It has already affected one ear, and he finds the noise unbearable. He has seen many doctors, but no one has been able to help him. Do you know of any effective treatment or at least a way to alleviate his suffering? H.S., by email Dr. Ronen Perez, a leading otolaryngologist at Jerusalem’s Shaare Zedek Medical Center, answers: Tinnitus, a subjective phantom perception of sounds, is extremely common. While as many as 10 percent to 20% of the adult population experience chronic tinnitus, Between 1% and 3% suffer from its severe form, which in most cases includes sleep disturbance, decreased concentration, anxiety and depression.Unfortunately, to date there isn’t a satisfactory treatment modality for this large number of patients, although there are several treatments that may decrease its severity and ease the symptoms. These include masking devices, hearing aids, cognitive behavioral therapy and combined treatment such as tinnitus retraining.Recently, much research is being devoted to this condition, including inner-ear electric stimulation and administration of drugs directly to the ear.In direct response to the question, every individual suffering from tinnitus should undergo an initial workup by an otolaryngologist to exclude objective reasons for the tinnitus. In addition, a hearing test should be done, since tinnitus is often accompanied by hearing loss. If no objective reasons are found, treatment aimed at possibly easing the symptoms is personally tailored to each individual.My four-year-old son has inflamed tonsils that are larger than they should be and partially block his airways. His pediatrician suggested that instead of the tonsils being fully removed, they can be made smaller in surgery. What are the benefits and shortcomings of this operation as opposed to a conventional tonsillectomy? P.T., Beersheba Prof. Moshe Puterman and Prof. Daniel Kaplan of the earnose- and-throat department at Soroka University Medical Center in Beersheba report on new research on this topic: A tonsillectomy, in which the tonsils are removed from the throat, is one of the most common operations during childhood. The main reason for performing it is that they are inflamed and block the air pathways, or because the child suffers from repeated infections. Removing them improves the child’s quality of sleep and quality of life.The tonsils can be made smaller with lasers or debriders (blades that shave off the unnecessary tissue).We at Soroka have performed the first study, with objective assessment, to find out the most effective way to deal with this problem. We studied the cases of 100 children divided into three groups – one group had laser treatment; the second underwent debridement; and the third group had a full tonsillectomy. Blood was taken from the children before and 24 hours after the procedure to look at their blood-clotting factors and signs of inflammation.The tests showed that markers for inflammation were significantly lower in those children whose tonsils were reduced instead of totally removed. They also suffered less pain and bleeding than those with tonsillectomies and recovered faster.Our son, our first child, is starting first grade on September 1. We are very excited. We have never bought schoolbags before, and our mothers are giving us conflicting advice on what type to purchase. Should it be the type on wheels that is dragged with one hand or one worn on the back? Do you have any advice? T.N., Dimona Ayelet Keller, director of physical therapy services at Schneider Children’s Medical Center in Petah Tikva, comments: The choice of a schoolbag is very important to the health of the back, shoulders and neck, so that the pupil is comfortable with heavy textbooks, notebooks and other equipment.The schoolbag, if worn on the back, should have broad straps that are upholstered so they don’t cut into the back.They should also be made in such a way that the height of the bag can be adjusted. Most of the weight should be opposite the center of the back and not the hips.It should also have a number of compartments so that the contents don’t move around and the weight can be equally distributed. The part worn against the child’s back should be upholstered so the wearer is not hurt by sharp objects.Emphasize to your child that if he suffers from back or shoulder pains while carrying the schoolbag, he should report them to you.The schoolbag should not weigh more than 15 percent of the child’s body weight.You should make sure that your child does not carry all of his books and equipment every day but only what he needs for that specific day. When a pupil is old enough to walk about when it is dark, there should be reflectors on the schoolbag.As for using schoolbags on wheels, consider the conditions of the path from home to school and back.These are not worn as backpacks but, because of the wheels and base, they weigh more than ordinary backpacks. They are not suited for going up and down stairs, since they are heavy. Pulling such a bag behind one is not a symmetrical movement and can cause pain. If a child insists on using a schoolbag on wheels, tell him to switch regularly from one arm to the other.Reader Rachel P. Cohen objected to the statement in the previous column by a retired private dentist in Jerusalem who denigrated health-fund dental clinics for allegedly giving overtreatment. She wrote: “Many segments of the population cannot afford the often exorbitant prices charged by private dentists.In addition, I recall two cases of deaths that occurred in private pediatric dental clinics in Jerusalem over the years due to negligence.”Rx for Readers welcomes queries from readers about medical problems. Experts will answer those we find most interesting. Write Rx for Readers, The Jerusalem Post, POB 81, Jerusalem 9100002, fax your question to Judy Siegel-Itzkovich at (02) 538-9527, or email it to [email protected], giving your initials, age and place of residence.
Sign up for the Health & Wellness newsletter >>