‘Soldiers with emotional problems number in the thousands’

Soldiers’ mental health files are not accessible to doctors and medics except when they get medications and when there is a doctor in a medical assessment committee. 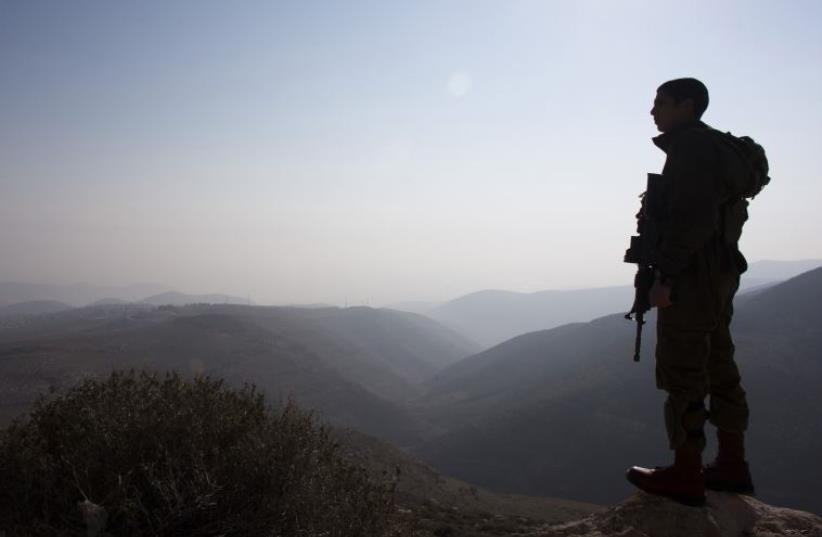 An IDF soldier stands guard during a tour made by Israeli parliament members in the Jordan Valley [File]
(photo credit: REUTERS)
Advertisement
The number of soldiers who are under psychological/ psychiatric treatment has reached four figures – and even air force pilots are taking anti-depressives – thus mental health professionals in the IDF warned against allowing all active-duty soldiers to take their weapons home to defend against terrorist attacks.Col. Dr. Keren Ginat, head of mental health care in the IDF, made the comments on Tuesday to the Knesset Labor, Social Welfare and Health Committee’s subcommittee on the new mental health reform. “We alerted senior officers about allowing soldiers to take weapons home, but the IDF reaches decisions by considering alternatives,” she said.Ginat added that the military gives mental health treatment to three times as many soldiers as 10 years ago. “Problems can occur even in pilots,” she said. “There are pilots who take selective serotonin reuptake inhibitors [SSRIs, common antidepressants].”Dr. Gadi Lubin, a predecessor of Ginat, added: “If can happen even to a general.”The rate of soldiers who serve as volunteers rather than as draftees for emotional reasons increased last year by 25 percent, said Ginat. She said that the mental health reform that made the four health funds responsible for treating people for emotional problems instead of Health Ministry facilities has improved the situation, because we now know that there is follow-up on patients and positive results.There are a few cases of information that reaches her office that point to possible danger from individual military members, but this is for their own benefit, she said.Soldiers’ mental health files are not accessible to doctors and medics except when they get medications and when there is a doctor in a medical assessment committee.When a soldier is discharged, information about psychiatric treatment he received is not transferred to his health fund unless he is dangerous to himself or his environment and he needs continued care, said Ginat.Lubin called for the complete cancellation of the requirement that health funds report to the IDF on any psychological treatment soldiers received during their service.Also, more and more children and teens avoid getting help because of reports to the IDF, he continued. In the military, those mental health experts involved know enough how to identify emotional problems and treat them.Avi Oren, who is a policy coordinator in a voluntary organization that integrates the emotionally troubled into regular society, told the subcommittee that he fears suffering teenagers reluctant to go for psychiatric treatment will reach the IDF in a problematic situation, and the IDF will not know about it.Ginat conceded that “this really is a problem. I know of four cases of suicidal soldiers who hid major psychopathology.The IDF is unaware of all psychiatric treatment that draftees have undergone unless their personal physician in civilian life wrote it on a form he fills out for the draft office and it reaches IDF mental health officers.”Committee chairwoman Nurit Koren said she worries that there will be a difference between the rich who send their children to private psychiatrists who are not obligated to report to the IDF on this, and those who can’t afford private care, whose psychiatric histories will be sent to the IDF.