Spirituality may be tied to easier cancer course

A sense of connection to a being larger than oneself was associated with better physical function and fewer, or less severe, symptoms of cancer or treatment, according to patient reports. 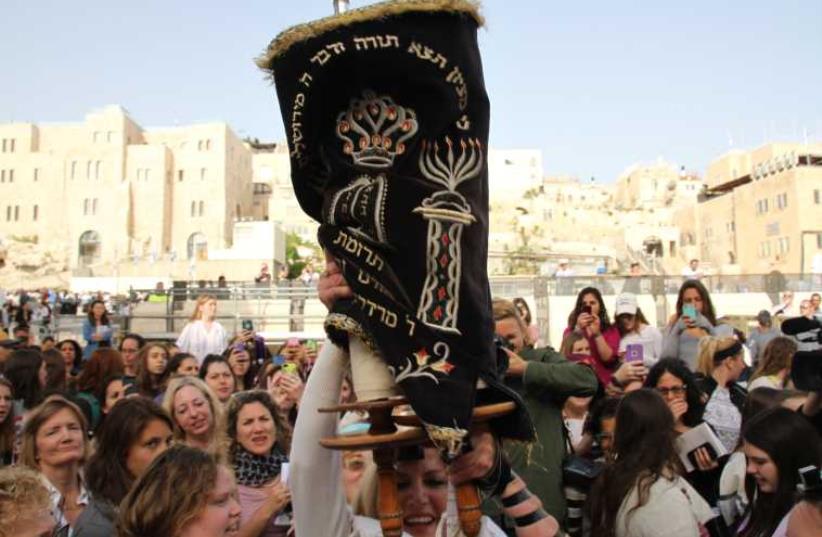 Women of the Wall hoist a Torah scroll at the women's section of the Western Wall plaza.
(photo credit: TOVAH LAZAROFF)
Advertisement
Cancer patients who report more religiousness or spirituality may also experience fewer physical symptoms of cancer and treatment and more social connection, several new papers suggest.The new analyzes reviewed previous studies of spirituality involving more than 44,000 cancer patients altogether. The studies varied in many ways, but religion and spirituality were associated with better health regardless of specific religion or set of spiritual beliefs.Some previous research has found this connection while others have not, said Heather Jim of the Moffitt Cancer Center in Tampa, Florida, who led one of the new studies."Patients should not be pressured into adopting religious or spiritual beliefs," Jim said. "Although our data suggest that patients with greater religion/spirituality tend to have better perceived physical health, these are aggregate-level data.""Patients who are not religious or spiritual can also experience good health outcomes," she said.These studies relied on patients to report on their health, so they did not address objective cancer outcomes, she told Reuters Health by email.For the impact of spirituality on physical health, the studies included more than 32,000 adult cancer patients with a range of cancer types and stages. Higher religious or spirituality scores were generally associated with better overall health.A sense of connection to a being larger than oneself was associated with better physical function and fewer, or less severe, symptoms of cancer or treatment, according to patient reports.Intrinsic religious belief was also tied to better physical function.Actual practice of religion, like church attendance, prayer, or meditation, was not related to physical health."Cancer patients who reported higher meaning, purpose, and spiritual connection in life also reported better physical health, as did patients who reported more positive religious or spiritual explanations for the cancer (versus a sense of fatalism or anger towards God)," Jim said.Religious people may engage in more healthy behaviors, avoiding things like alcohol and drugs, and religious communities may provide social support, transportation to appointments, provision of meals and other basic needs, she said.Spirituality may enhance positive emotion such as love, forgiveness, and comfort and reduce stress, she added."Conversely, spiritual distress is associated with greater depression and decreased adherence to medical recommendations among cancer patients," Jim said. "However, we can't say for sure that religion/spirituality causes better perceived health."Patients with cancer may question their religious and spiritual beliefs and those with worse health may also experience greater spiritual distress, she said.In an analysis of studies with more than 14,000 cancer patients, the researchers found that religiousness and spirituality were associated with better social health, stronger roles and relationships in the community.Spiritual well being, having a benevolent image of God, and holding religious beliefs were all associated with social health, regardless of demographics like age, race or gender, as reported in Cancer.John M. Salsman, senior author on both the physical and social health analyzes, stressed that religiousness and spirituality are multidimensional. He conducted the research while at Northwestern University's Feinberg School of Medicine in Chicago, but is now at Wake Forest School of Medicine in Winston-Salem, North Carolina.Religious "beliefs" were linked to health outcomes, but often not as strongly as other concepts like daily spiritual experiences and spiritual well being, Salsman told Reuters Health by email.Most religions involve group meetings and carry a social element, which might explain part of the link to social health, he said. But it is still not certain whether religiousness or spirituality causes symptom relief or better physical function during cancer treatment, he said."One plausible explanation is that when patients view God as a loving, benevolent being, that may provide a source of comfort and strength to the patient, allowing him or her to manage the distressing nature of their symptoms even if the frequency of symptoms did not change," Salsman said."An alternate example from personality research is that people who are more likely to be religious are more agreeable in nature," he said. "They would also be less likely to complain about their physical health, even in the midst of treatment for cancer."Cancer treatment specialists should keep in mind that patients who are experiencing spiritual distress may benefit from talking with a chaplain or a member of their religious or spiritual community, Jim said.