Taxes on iQOS cigarettes to be equalized 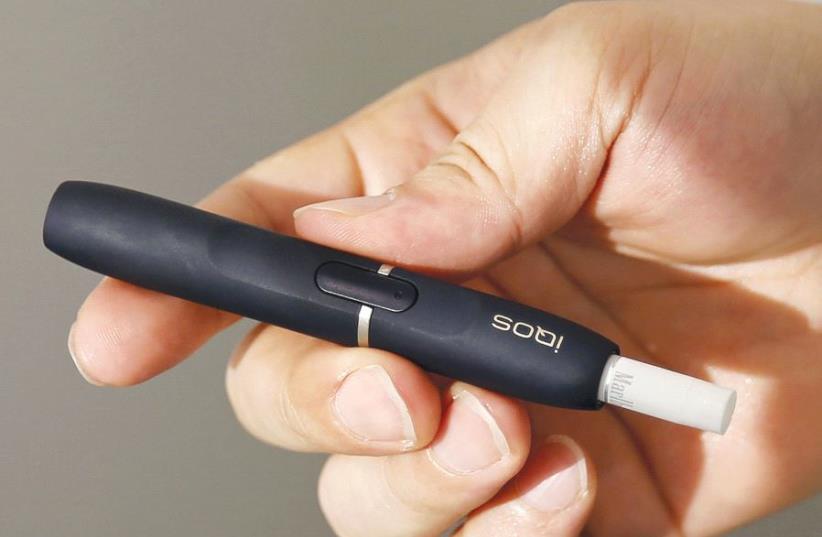 A CUSTOMER holds a Philip Morris iQOS e-cigarette at an iQOS store in Tokyo last year
(photo credit: REUTERS)
Advertisement
The state announced last week that it would equalize the taxes on Philip Morris's new IQOS “smokeless” tobacco product to those on the locally-made and imported conventional cigarettes.The state decision late on Wednesday came in response to a plea by the Dubek tobacco company to the High Court of Justice against favoritism toward the giant US tobacco conglomerate.Finance Minister Moshe Kahlon must sign the order for it to come into effect.IQOS products, which heat tobacco in “HEETS” sticks attached to an electronic device, are still prohibited from sale and marketing in the US, because the Food and Drug Administration has not determined if they are safer or less lethal than regular combustible- tobacco products.But thanks to a decision by the Health Ministry, IQOS has not been barred in Israel. Charging tax on iQOS products would raise their price significantly.Philip Morris Ltd. comment on the state’s response was: “We regret that, following a petition by a competing company, the state decided to limit smokers’ access to new smokeless tobacco products by regulation and taxation identical to cigarettes, contrary to the position of many governments around the world and without examining in depth the underlying science of these products.Israel has chosen to be the first country in the world to market iQOS, which imposes identical cigarette tax on tobacco units, whereas rolling tobacco, whose damage is the same as cigarettes, carries a much lower tax rate. [Firms are] marketing new products that are a better alternative for older smokers who intend to continue smoking,” the US tobacco company said.“In any case, we will continue to market IQOS to adult smokers in Israel, including the thousands of users who have already stopped smoking cigarettes and switched to using the product and to advance the vision for a smoke-free future in Israel,” Philip Morris said.Meanwhile, the Israel Medical Association’s Association of Public Health Physicians and the Israel Cancer Association commented: “This is a temporary victory; there is still much to be done. Together with adequate taxing on the new cigarettes, action must be taken to equalize taxes on rolling tobacco with those on ready-made cigarettes.”