Technion takes a selfie from space

Taken from a height of 520 kilometers, the photo shows students lying on the campus lawn forming the letters ISU – the abbreviation of International Space University. 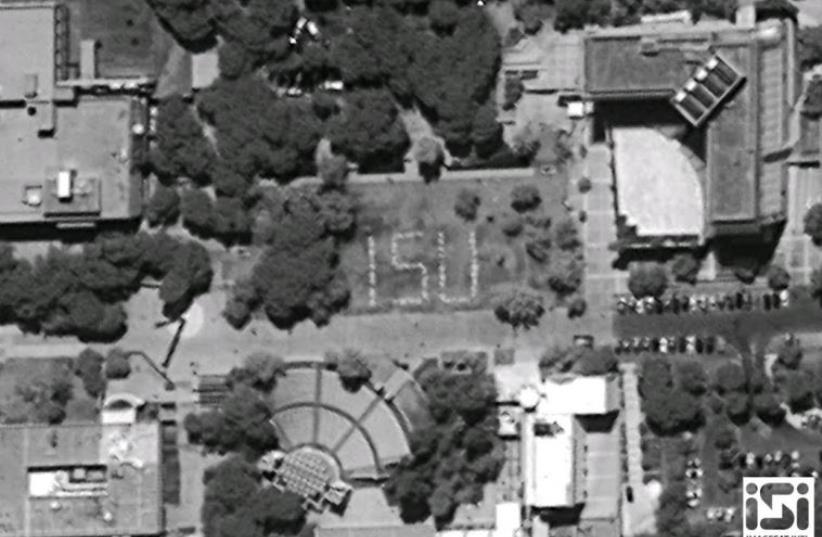 The selfie taken from space shows students spelling out ISU - the abbreviation of International Space University
(photo credit: TECHNION)
Advertisement
Participants in the International Space University’s 29th Space Studies Program – held for the first time at the Haifa campus of the Technion-Israel Institute of Technology – posed for a group selfie photo taken from space last week. Taken from a height of 520 kilometers, the photo shows the 104 program participants lying on the main campus lawn with their bodies forming the letters ISU – the abbreviation of the program's name. It was snapped by the EROS-B satellite built by Israel Aerospace Industries and operated by the Israeli company ImageSat International. The satellite is equipped with a space camera manufactured by El-Op, whose satellite photos are sold to both civilian and defense customers worldwide. The highly acclaimed program has been conducted annually by ISU since 1988 but was never before in the Middle East. As part of the current session, the Technion is hosting lectures and panels that are open to the public, free of charge. All of the open events are held in English and require advance registration.