Once when pursuing a telephone interview, she accidentally dialed the wrong number and found herself speaking to David Ben-Gurion. 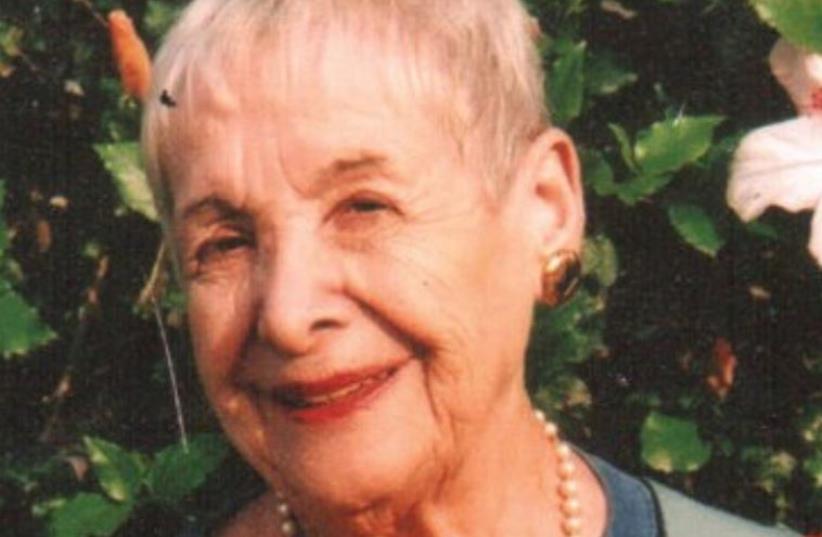 Veteran ‘Post’ journalist Diana Lerner
(photo credit: Courtesy)
Advertisement
A light has gone out in Tel Aviv with the passing of Diana Lerner, one of the city’s most colorful characters, and one of its most enduring and widely published freelance journalists.Lerner died at 93 on Monday.She began her career in journalism with The Jerusalem Post in the late 1950s, working out of the paper’s Tel Aviv office and almost, but not quite, ended it with the Post in April last year with an article on the revival of Yiddish. She subsequently had an article about her arrival at Ellis Island published in the Rosh Hashana issue of ESRA Magazine.One of the essentials for a good journalist is innate curiosity, something Lerner had in abundance. Everything interested her and she was curious about everything.She interviewed numerous dignitaries and celebrities, often getting a meeting when other journalists including the most prestigious had been refused.Once when pursuing a telephone interview, she accidentally dialed the wrong number and found herself speaking to David Ben-Gurion.Cosmetics queen Helena Rubinstein once gave her a string of pearls during an interview. Lerner later gave the pearls as a gift to her great niece for her wedding.Some of the other famous people Lerner interviewed were former president Shimon Peres, late prime minister Golda Meir, fashion columnist Diana Vreeland, actor Jeff Chandler, and most of the leading players in the movie “Exodus.”Singer Yaffa Yarkoni was a longtime friend. The two met in New York in the early 1950s and Lerner often writing the text for Yarkoni’s publicity brochures. Yarkoni would give her exotic jewelry.Born in Hungary and raised in New York, Lerner had an aura of immortality about her. It was difficult for family and friends to grasp the fact that after having survived stomach surgery, heart surgery and surgery for cancer, she had finally come to the end of the road after a long bout with another form of cancer.The middle child of three sisters, she was somewhat eccentric in both manner and dress, but extremely kind, often taking young journalists under her wing and giving them some of her contacts.Although she was unmarried and childless, she was a doting aunt, great-aunt and great-great-aunt to the progeny of her sisters. She used to read to them, make up stories for them, take them on adventures and include them in her writings.Her older sister Rosalind Groob said that Lerner was a pioneer of recycling, taking her notes on the backs of envelopes, press releases and anything else that came to hand.Lerner first came to Israel a year before statehood, when her physician recommended she go on a cruise to recover from an appendectomy. She reserved a place in a converted troop ship sailing to what was then British Mandatory Palestine, and after meeting up with various relatives scattered, she decided to live in Jerusalem, where she found odd jobs including editing a magazine for B’nai B’rit.She once wrote her family in America it was worth 10 years of her life to have been in Israel when it achieved independence.When her mother took fatally ill, her sisters summoned her back to New York. On her return to Israel in 1956, she opted to live in the heart of Tel Aviv, and found a third floor walk-up apartment in Ben-Yehuda Street.Lerner had studied Hebrew at the Herzliya Hebrew Teachers College in New York. Her teacher was Daniel Persky, a relative of former president Shimon Peres.Her venture into freelance journalism was simply by chance.On a whim, Lerner had taken a tour guide course, and in the process she came across many human interest stories and became a frequent contributor to Haaretz, later Ma’ariv, and then to most other daily newspapers in Israel, as well as numerous niche publications in the US and England.Lerner is survived by her sisters, Groob, of Jerusalem, Libby Nayowitz of Teaneck, New Jersey, seven nieces, a nephew, 39 great-nieces and -nephews, scores of greatgreat-nieces and -nephews, one great-great-great-niece and Lerner’s companion of 47 years, economist and jazz drummer David Rich.