The mother’s own liver will grow to normal size in a matter of weeks. 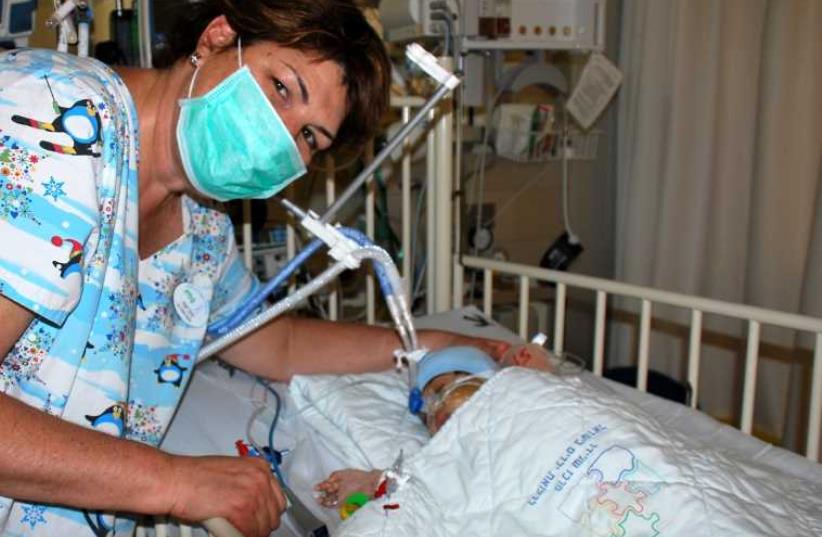 Schneider courtesy photo of baby after transplant surgery.
(photo credit: Courtesy)
Advertisement
A woman donated a lobe of her lung to her five-month-old daughter at Schneider Children’s Medical Center in Petah Tikva last week, making the baby the youngest Israeli ever to undergo a lung transplant. The infant suffered from acute liver disease that required an immediate operation.The mother underwent tests and found that she was a compatible donor. Special preparations were made and equipment suited for her tiny blood vessels were used.The transplant of a liver lobe from a live donor requires a large, interdisciplinary team of experts, from pediatric surgeons and gastroenterologists to intensive care and ultrasound personnel -- and two adjacent surgical theaters to remove the tissue and transplant it.The mother’s own liver will grow to normal size in a matter of weeks.The hospital -- the country’s main transplant for babies, children and youth that has performed 500 such operations under the leadership of Prof. Eitan Mor --  also carried out a kidney transplant on an 11-year-old boy who received an altruistic organ donation from a live donor. The boy, who suffered from rean insufficiency, also needed simultaneous surgery to enlarge his bladder. He is in stable condition.