Few will be betting on the State of Florida going bust in spite of the gloom, but there is a possibility and it will depend upon the speed at which infrastructure is returned to normal.

By BOB MASON/FXEMPIRE
OCTOBER 3, 2017 15:10
A house destroyed by Hurricane Irma is seen in Simpson Bay
(photo credit: ALVIN BAEZ/ REUTERS)
Advertisement
The total damage inflicted by Hurricane Irma on Florida has yet to be assessed and it’s going to take some time for the State to return to normal.The immediate effects of Hurricane Irma on the real estate sector are expected to be limited, with the developers talking of possible delays in closing and the need to re-inspect homes under contract, rather than buyers pulling out.The sector’s leading developers have remained upbeat in the aftermath of the storm as lessons learned from Hurricane Andrew back in 1992 having led to an update to building codes. It’s perhaps not surprising that the developers will put a positive spin on the outlook for the sector as they do not wish to see the sector’s recovery stall.The Florida Keys was perhaps amongst the worst hit however, with the FEMA estimating that only 10% of the 50,000 homes were left without major damage and approximately 25% of homes destroyed by the storm. 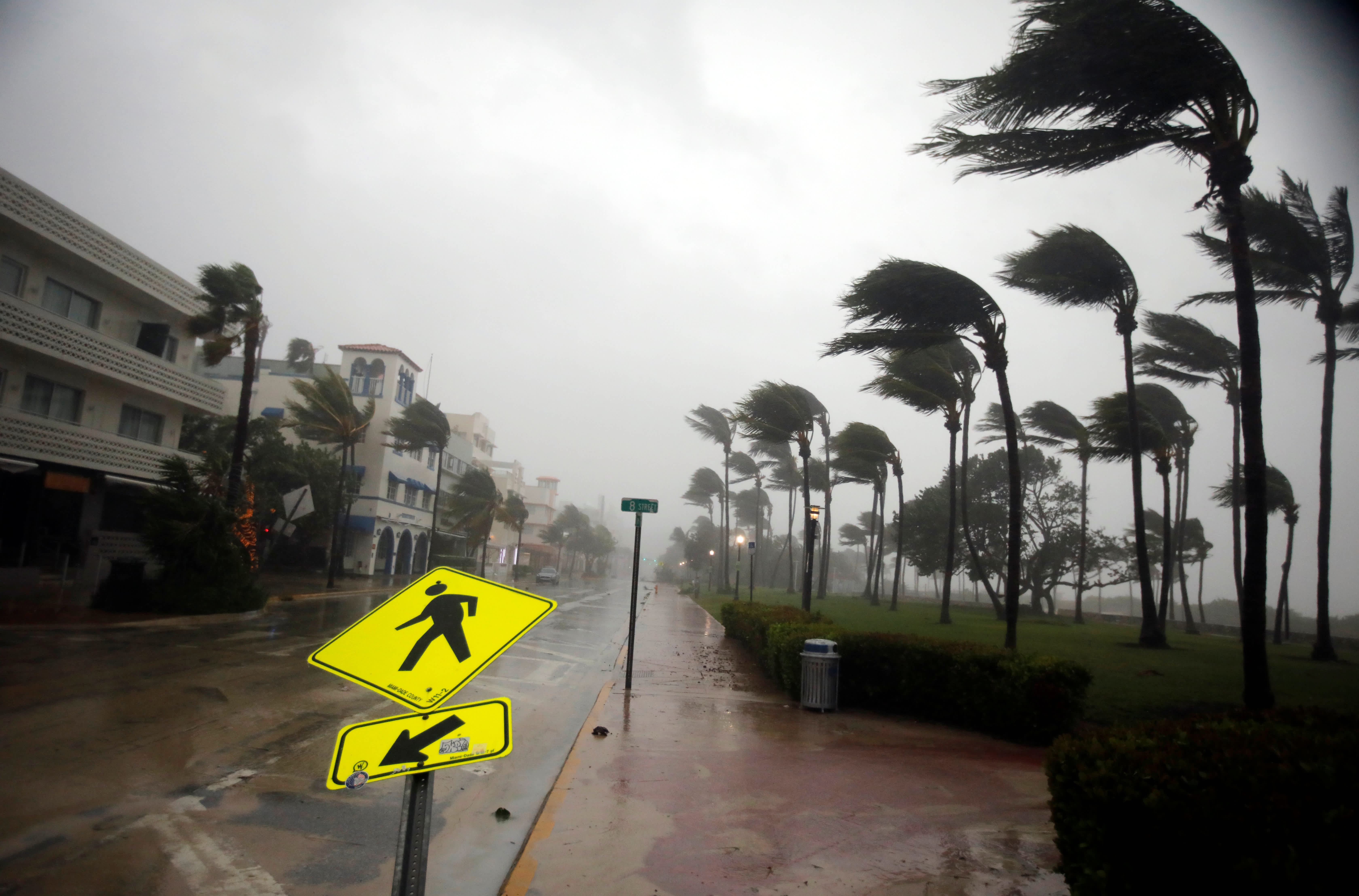 In recent years, Florida has been the destination of choice when measured by the average annual net migration for the 55-plus age bracket. While people will continue to look to live in Florida, Irma will have undoubtedly influence the decision making for some. As is the case with any natural disaster, living costs are likely to increase with insurance costs in particular, and the short-term migration numbers to will ultimately weigh on the real estate sector. How badly the numbers deteriorate will boil down to the government’s response.Irma Aftermath There has been much debate on whether the effects on the economy will be positive or negative. The damage caused by Irma and the need for the state to maintain a balanced budget paints a dire fiscal picture for the State coffers as less funds will be available for schools, social services safety and wage growth for state workers are now also expected to stall.To make matters worse, a deteriorating fiscal outlook may well result in, increasing borrowing costs for a State in need of money to rebuild.State officials have estimated that the recovery cost from Irma will be in the range of between US$25bn and US$46bn, calculated based on the present-day cost of Hurricanes Wilma and Andrew, with costs reportedly approaching US$300m going into the weekend.Tourism has been hard hit by the storm. Just weeks ago, the State of Florida had announced a record number of visitors since January. The $90bn industry is at risk and it’s going to take some time before the real costs are calculated. Expectations are for the bigger parks, including Disney, Universal and others, to be largely unaffected by Irma, with smaller businesses facing the greatest risk.Once power, water and sewage facilities have been restored, the government will then need to repair washed-away beaches and the infrastructure and ensuring safety for visitors. In worse hit areas, the Florida Keys in particular, businesses may be working hard to return operations to normal, but for now, there are just no tourists.Ultimately, how badly the tourism industry is affected will depend on how quickly infrastructure is restored and the longer it takes, the more devastating Irma will be on the economy, with even Cruise liners rerouting, leaving Florida’s national ranking in having the 5th best year-on-year job growth rate in jeopardy.Higher Housing Prices, Slower Economic Growth? Unsurprisingly, the effects of Irma on the economy are not going to be positive, with the loss of business over the short-term causing great concern within the state’s tourism industry, which is the bread and butter of many families based in Florida.On the economic front, estimates on the impact of Irma on growth have been quite damming. Despite Florida’s contribution in overall terms being somewhat smaller than that of Texas, Florida’s significant contribution in certain sectors, including tourism, ports, business services and healthcare, being of greater concern post Irma.As Hurricane Irma passed through the state, we had heard from the more optimistic that, while there would be an immediate impact on the economy, there would be a period of rapid growth once rebuilding got underway.Concerns over a shortage of skilled labor however, with the unemployment rate having fallen to 4% before the storm coupled with the state’s tough stance on immigration and illegal workers, suggesting that the recovery process could be longer than in other states. Such an outlook is bad news for the economy in general with 3rd quarter growth forecasts having been slashed by banks and economists ahead of this week’s FOMC monetary policy meeting.New York FED President and FOMC voting member Bill Dudley suggested last week that he did not expect Hurricanes Irma and Harvey to influence the FED’s outlook on monetary policy. The consensus being that the rebuilding efforts will offset the downside from other components of the economy. The jury is out on this one, particularly when considering the State’s reliance on tourism for growth and the tight labour market seen prior to Irma’s arrival.Policy makers are unlikely to be wanting to raise interest rates over the near-term despite Dudley’s claims as the direction of rates having an influence on mortgage rates and household disposable incomes. The expectation of softer economic growth is a big factor for members of the FOMC to consider going into the final quarter of the year. 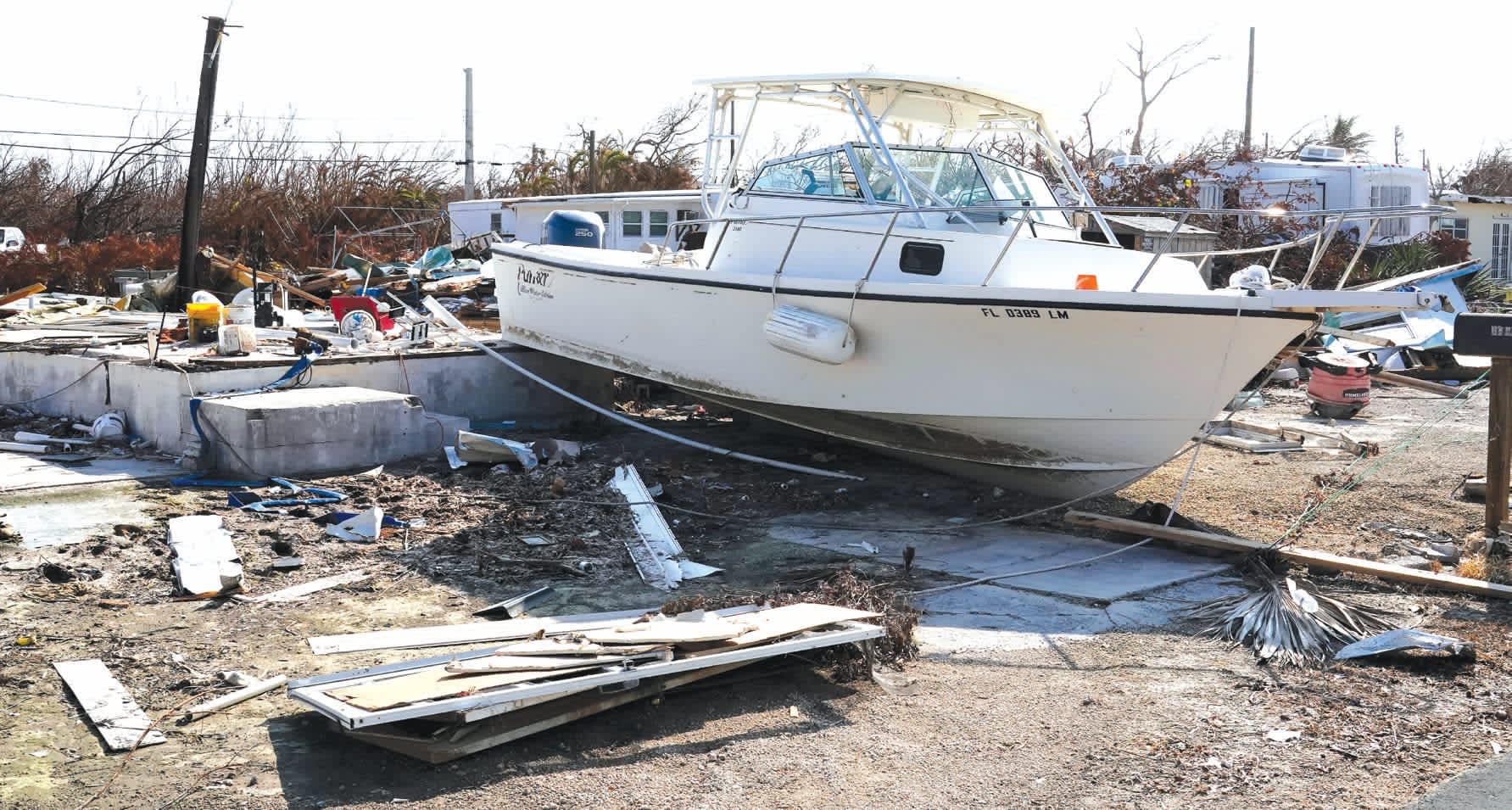 Boom or Bust Few will be betting on the State of Florida going bust in spite of the gloom, but there is a possibility, however distinct, and it will depend upon the speed at which infrastructure is returned to normal. Any delays could see small businesses, which are already run on tight margins, begin to consider moving on or simply shutting their doors, such an outcome certainly a setback for the economy.Investors don’t need to go too far back to recall the effects of the global financial crisis on the real estate market in Florida, which was still struggling back in 2012 when Congress passed the Biggert Waters Flood Insurance Reform Act that required premiums to reflect the actual risk of flooding. Soaring rates crippled home sales in the State and ultimately led to an extension of the National Flood Insurance Program and its rate subsidies which expires at the end of this month.The very flood program is reported to be in debt to the tune of $25bn and the real estate market could well hit the wall should there be a concerted effort to make premiums actuarially sound. Flood insurance costs a key driver for the real estate market in many parts of Florida.While U.S administration is facing its own issues at present with regards to finances, there are certainly some steps that the government could take to ease the pain, including approving tax deductions and more to support those looking to return to business as usual, whilst also finding a way to incentivise the domestic market to begin reconsidering Florida as a destination, not to mention extending the flood program, as it has already done so for the State of Texas.