Announcement comes at the end of India's Defexpo 2016 exhibition in Goa. 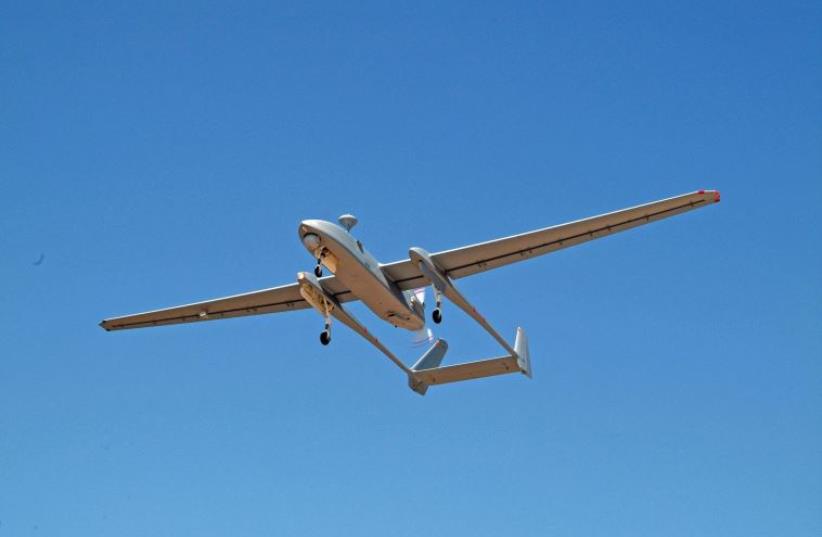 Israel Aerospace Industries Heron drone ‏
(photo credit: IAI)
Advertisement
Israel Aerospace Industries (IAI) announced on Thursday that it had concluded new sales in India worth hundreds of millions of dollars in the past quarter.The sales included drones, air defense and radar systems and other products, IAI said.The announcement came at the end of India’s Defexpo 2016 exhibition in Goa, which saw 28 Israeli defense firms exhibit goods at the Israeli pavilion.Joseph Weiss, president and CEO of IAI, who opened the Israeli pavilion on behalf of Israel’s defense companies, said, “The sales signed in the past months strengthen India’s position as a major partner of IAI.”“India has unique operational requirements, and IAI is dedicating its best talents, technologies and capabilities to meet those challenges. We will continue our long-term, strategic partnership with India, meet our customers expectations and implement ‘Make In India’ policy led by India’s prime minister,” Weiss added.In Goa, IAI placed on display new radar systems designed to provide early warnings against mortars and IEDs.Over the past 25 years, IAI said, it has sold many defense products to the Indian Ministry of Defense, as well as establishing subcontracting agreements and joint ventures with a range of Indian companies.IAI said it also “expanded its operation and cooperation with [India’s] military branches, navy and air force, coast guard, border security and other agencies. This cooperation also spans to joint research and development, for example in the Barak-8 air-defense system, in its naval and land-based configurations, various radar systems, unmanned systems and more.”