Oil production in California could expand significantly, thanks to this Israeli find. 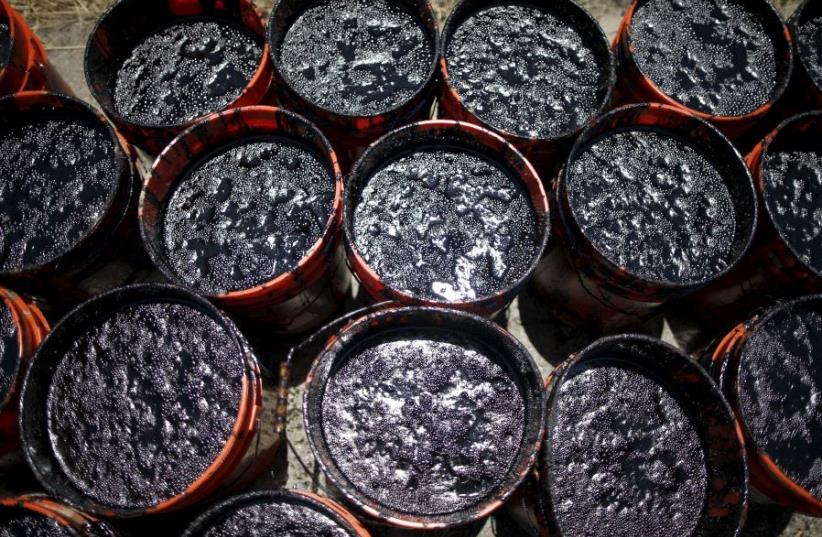 Buckets of oil
(photo credit: REUTERS)
Advertisement
Drilling partners have found oil at a new site in the heart of California, an Israeli company involved in the project reported on Sunday.Israel’s Modi'in Energy, which has a 24.75% stake in the project, announced that exploratory drilling in Kern County, California, had recently reached its final depths. According to an analysis of data collected during the drilling as well as an examination of the electrical logs, Modi'in and its partners have determined that the oil is in fact present deep in the layers of the Mountain View project site.Based on these findings, the drilling operator has recommended that the team members conduct production tests in order to estimate both the size of the reservoir and the oil extraction rates, a statement from Modi'in said.In the area surrounding the Mountain View project site, oil has been extracted from shallow layers for a long time, according to the Israeli company. After conducting an advanced 3D seismic survey of the region, however, Modi'in and its drilling partners estimated that oil could also be produced from deep layers there.Signs of oil were discovered in deep portions of the geological strata that the partners had pinpointed in a resource report, as well as in other layers, the statement explained. Before the actual production tests begin, Modi'in said it would be submitting an additional report detailing the dates, methods and estimated costs for these examinations.Oil production first began in the area around the project site in 1933, with some 92 million barrels of oil generated to date, a Globes report said. Up until recently, however, the discoveries and oil production in the region have been carried out by means of obsolete technologies and in an uncoordinated manner, the report added.In addition to Israel’s Modi'in Energy, other partners in the project and their share-holds include Compass Global Resources (2.986%); CCF Resources (1%), HOPPS Oil Props (1.5%); Chesed Properties (1.875%); Mountain View Resources (27.5%); Petro River Oil (13.75%); BYLO Properties (14.389%); Garlock Oil (4.1%); Brunner Resources (1.65%); LAR Oil Company (1.5%) and Tamarack Oil and Gas (5%).