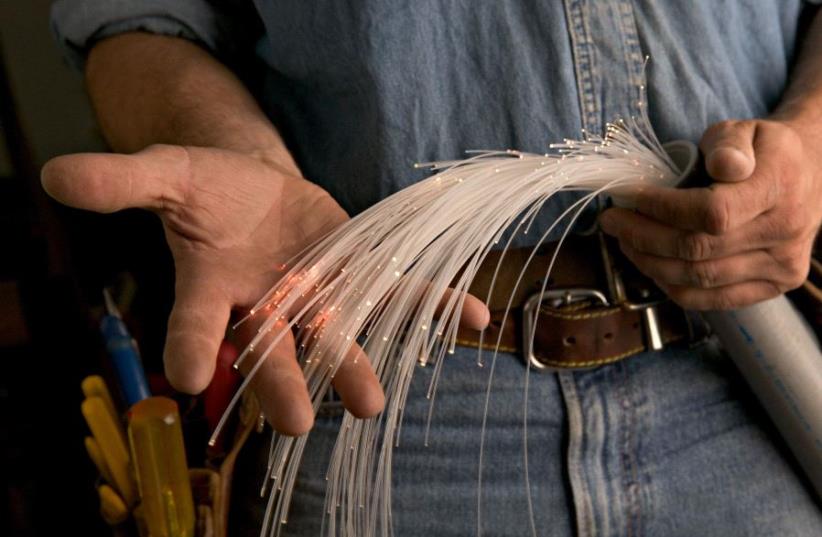 A worker holding a fiber optic cable
(photo credit: INGIMAGE PHOTOS)
Advertisement
A Dutch company owned by an Israeli businessman is suing two Miami real estate developers for allegedly defrauding it out of millions of dollars in licensing fees and royalties in the implementation of a technology that could be critical for the construction sector.The company, Cable-X BV, which is owned by Israeli businessman Yair Levy, is said to hold the exclusive patent rights to use technology that enables construction companies to convert older underground cables to fiber optics without needing to dig trenches or disrupt existing infrastructure.According to the lawsuit, the company in 2006 sub-licensed the system to Southeast Cable-X Holdings run by Miami developers Michael and David Adler. According to Daily Business Review, the Adlers were supposed to pay Cable-X $2 million in licensing fees and then another $12 for each meter of converted cable.Instead, according to the suit, the Adlers established a new company called Kabel-X to bypass the Israeli firm and struck a deal directly with the developer of the cable-conversion technology, a company based in Austria."At the end of the day what the Israelis want is an opportunity to demonstrate that they own an interest in the technology and deserve to be compensated for this technology they gave to the Adlers to make money together," Cable-X’s lawyer Michael Ehrenstein told Daily Business Review. "But instead of making money together, the Adlers have excluded the Israelis and decided to make money for themselves."