Travelers in Poland who wish to experience Israel will now find more ways to fly to Tel Aviv this summer. 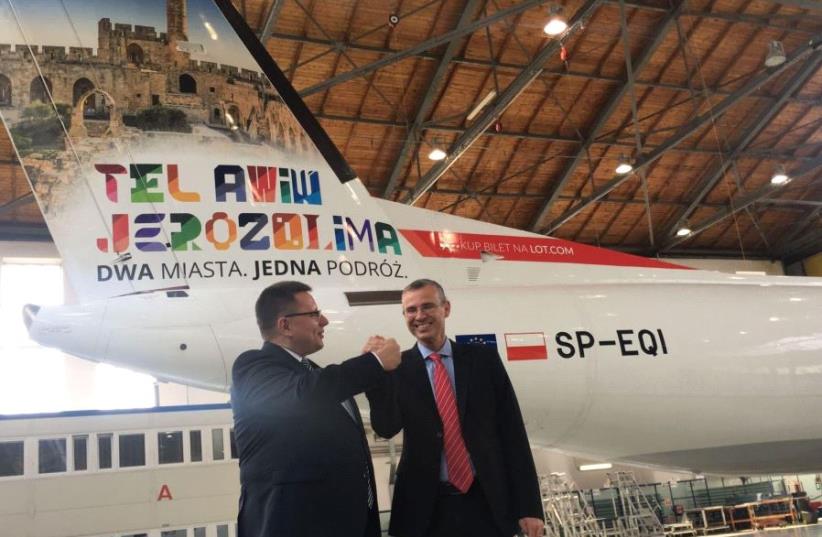 Tourism Minister Yariv Levin with Lot Airlines CEO Rafal Milczarski at the launch of the branded aircraft in Poland
(photo credit: PETER NOVITSKI)
Advertisement
LOT Airlines, Poland’s flag carrier, inaugurated on Wednesday a special plane design in honor of its new routes from five airports in Poland to Ben-Gurion Airport, totaling 19 weekly round-trip flights.The design features brightly colored text and images of both the Tel Aviv skyline and the Old City of Jerusalem on each side of the plane’s tail.The motto (Dwa Miasta. Jedna Podroz) underneath the images translates to “Two cities, one trip,” highlighting that travelers can experience both the cosmopolitan, Mediterranean lifestyle in Tel Aviv and the historic, uniqueness of Jerusalem with a single round-trip ticket.The new design will be used exclusively on LOT Airlines’ domestic fleet in order to target the desired market. 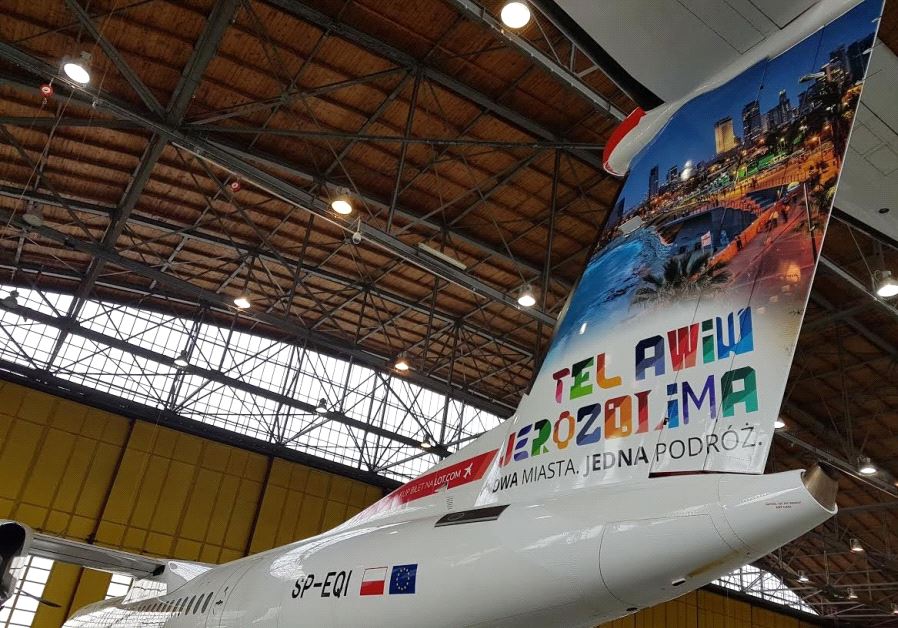 The Tel Aviv side of the new branded planes. (photo credit: Becky Brothman)
Along with the plane designs, the airline has released ads and video clips urging travelers to consider a trip to Israel. The Polish airline opened the routes in partnership with the Tourism Ministry, which gives a grant to airline companies who open new routes to Israel. The ministry also helped create the ads and plane design in cooperation with LOT Airlines.The new plane design was inaugurated on Wednesday at a press conference in Warsaw. Attendees included Tourism Minister Yariv Levin and LOT Airlines CEO Rafal Milczarski.Milczarski said how much partnering with Israel means for himself and Poland, as well as sharing his personal experiences in Israel.“I’ve never experienced such a warm sea in my life and so much sunshine and wonderful atmosphere,” he told the crowd. He said that his kids keep asking him when they’re going back. 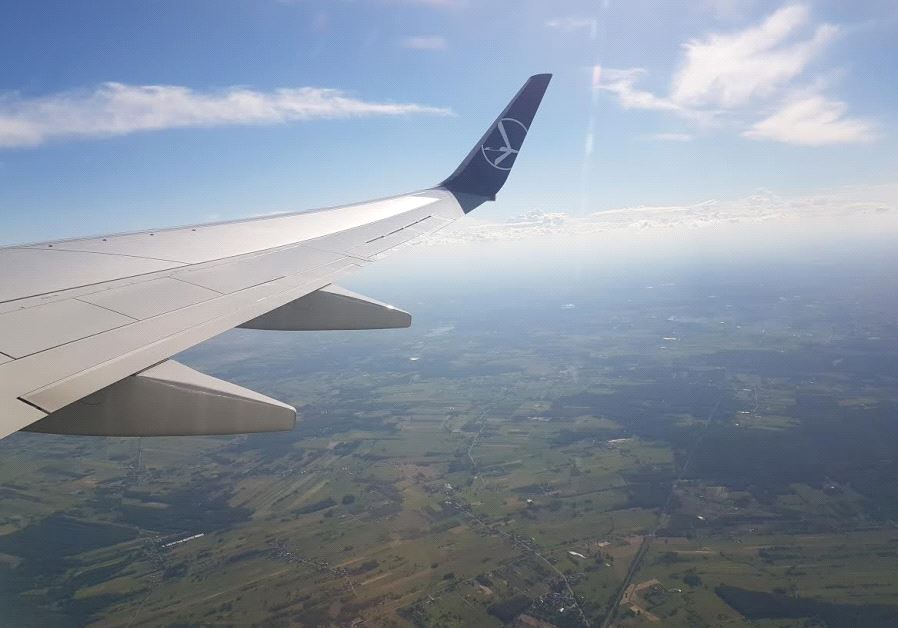 LOT Airlines flight over Poland. (photo credit: Becky Brothman)
Levin praised the plane design during the press conference: “I have no doubt that the passengers boarding this plane, who already feel close to God in the sky, will feel even closer as Jerusalem accompanies them on their flight!” The tourism minister also spoke about the importance of Polish citizens coming to Israel. Records from 2016 show that 43,362 tourist entries into Israel were from Poland, accounting for 1.8% of incoming tourism that year.