While Intendu has a roster of impressive clients in the US, the team is now beginning to pursue its real focus: to bring Intendu from the rehab clinic to the doorstep of patients. 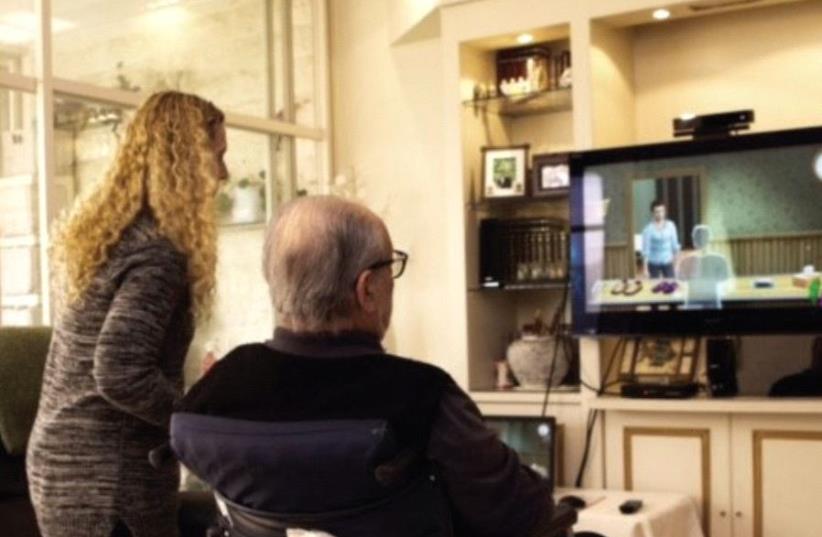 Intendu develops technology solutions for brain rehabilitation
(photo credit: COURTESY INTENDU)
Advertisement
To say that Dr. Son Preminger is impressive is like stating that Beethoven was a decent musician. With a PhD in neuroscience (Weizmann Institute), an MBA (Harvard), an MS in computer science (Weizmann Institute), a BS in mathematics (Tel Aviv University) and an MFA in film-making, she is one of the most talented technology entrepreneurs not only in Israel but in the world.Preminger is the founder and CEO of Intendu, a company focused on the development of technology solutions for brain rehabilitation. Before founding Intendu, she held senior roles at several multinational corporations, including Microsoft and Amdocs, and seemed poised to embark on a very successful career straight to the top of the corporate ladder.That trajectory, however, was changed when her father was injured in a work accident, leaving him with a severe brain injury. At the time of the injury, Preminger was a neuroscience doctorate student. Having done extensive research on brain function, she knew brain plasticity shows that practicing cognitive functions can enhance and even restore those functions. Surprisingly, she discovered that brain-injury patients are sent home after a few months of rehabilitation without further therapy.From the moment Preminger realized this, she set out to create a rehabilitation system that goes beyond the walls of the rehabilitation clinic, expanding into patients’ homes, to create a continual recovery plan that helps them reach their goals and heal faster. Intendu was born.To help her get the company off the ground, Preminger hired an equally impressive group of PhDs, neuroscientists, researchers and engineers. Together, they have built the Intendu Brain Trainer, which is a console that includes a 3-D camera with computational power that can be connected to a TV or screen (using HDMI cable), plus a software license that includes multiple motion-based adaptive video games for cognitive training.The system is designed to introduce physical challenges to patients within real-life environments, enabling them to more easily reacquaint themselves with everyday activities in a “user-friendly” environment while also enhancing brain-plasticity processes.The product has attracted the attention of some of the top rehabilitation institutions in the US, including the Shepherd Center in Atlanta, the Rehabilitation Institution of Indiana, the LifeDesigns ReAbility Center and Tree of Life long-term care. The company has also recently signed several nursing-home operators as customers.While Intendu has a roster of impressive clients in the US, the team is now beginning to pursue its real focus: to bring Intendu from the rehab clinic to the doorstep of patients, allowing them to train on their own without relying on institutions.The launch of the home product will ensure that therapy continues around the clock, allowing patients to easily supplement the therapy they continue to receive from their primary therapists. In our conversation, Preminger stressed that physical and occupational therapists need not worry: Intendu is not aimed at removing them from the picture; rather, the company hopes its home-use product will expand the opportunity for patients to receive increased amounts of therapy for a much longer period.What sets Intendu apart from other brain-rehabilitation technologies is that it is the only brain-training platform that also put a focus on improving motor skills. While the Intendu platform was developed for cognitive training, doing physical activity during cognitive training has been proven to enhance brain plasticity, thereby speeding recovery.Intendu has built a cloud-based software system, meaning it is available to people regardless of their location, allowing patients from remote or rural areas to easily access the program. It is also affordable to people with low income who may not have access to health insurance, giving them the opportunity to rehabilitate to the fullest extent possible.For its efforts, Intendu was named the winner of the regional Chivas Venture competition for social impact. It will represent Israel at the global competition next month.Matthew Krieger is the founder and managing director of Tel Aviv-based GKPR.