The budget proposal, it noted, nearly doubles the rate of tax spending while slashing taxes, meaning the chances for fiscal consolidation are less likely. 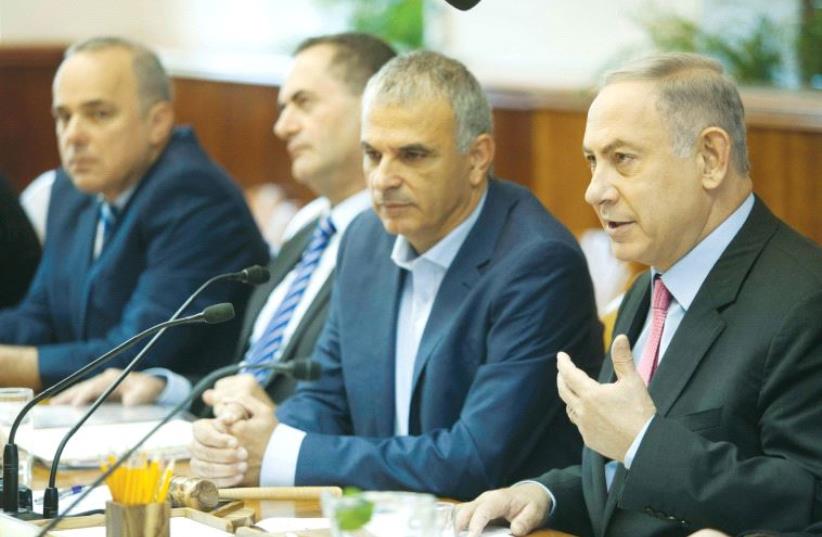 PRIME MINISTER Benjamin Netanyahu praises the new budget before the cabinet debate yesterday.
(photo credit: REUTERS)
Advertisement
Credit ratings agency Moody’s on Thursday warned that the 2017- 2018 state budget proposal could be a step toward undermining Israel’s solid A1 credit rating.“The rating or outlook could come under downward pressure if the commitment to fiscal discipline over the medium term was to wane,” the agency wrote in its annual Credit Analysis of Israel’s government.The budget proposal, it noted, nearly doubles the rate of tax spending while slashing taxes, meaning the chances for fiscal consolidation are less likely.“Politicians are apparently taking for granted the tax buoyancy of recent years, which derives from the re-balancing of growth toward consumption and away from exports and is likely to be temporary.With the improvement in debt-to-GDP having already slowed compared to the mid-2000s, renewed fiscal easing puts at risk Israel’s credibility for budget discipline,” the report said.Finance Minister Moshe Kahlon swept aside legal limits on spending increases and the deficit target in his budget proposal, which accommodated the many, expensive promises made in coalition deals. The plan is expected to raise Israel’s debt-to-GDP ratio, which fell below 65 percent in the past year.The Bank of Israel has also objected to the plan’s rosy assumptions on tax revenues and its unfocused spending, which it said should have been scaled back and more concentrated in fields such as health, education and welfare.The Moody’s report was not all gloomy, however. It also praised Israel’s dynamic economy and its relatively strong performance when compared to many other advanced countries, still struggling in the aftermath of the 2008 global financial crisis.The competitive hi-tech sector helped fuel that growth, it said.