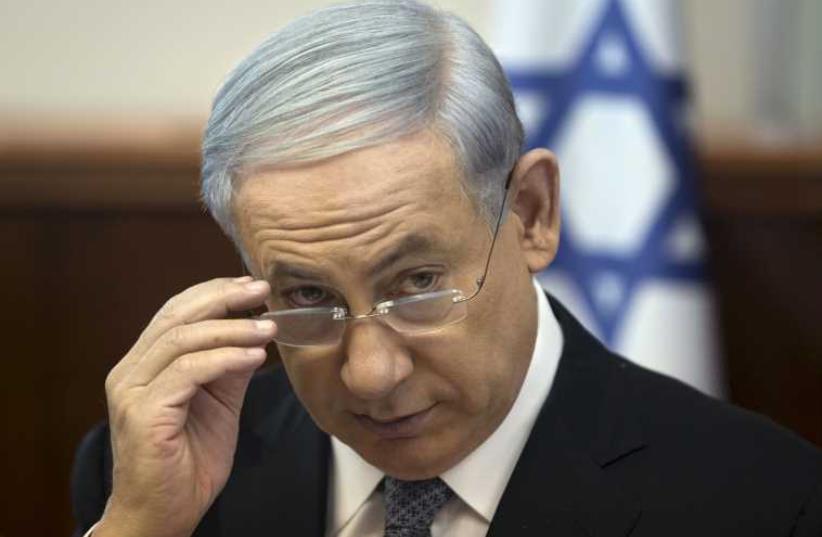 Benjamin Netanyahu
(photo credit: REUTERS)
Advertisement
Prime Minister Benjamin Netanyahu is seeking to pass a state budget covering the rest of 2015 and all of 2016 and 2017, according to the Knesset Finance Committee.“It’s come to our attention that the prime minister is interested in changing the law and bringing a threeyear budget to the Knesset,” said Zionist Union faction chairman Merav Michaeli.“Not only is the bill in its current form severely damaging, the prime minister is interested in safeguarding his position and usurping from the Knesset the annual budgetary authorization in a move unprecedented in Western democracies,” she added.Michaeli said a three-year budget is legally problematic and lacks support from Finance Ministry officials, based on discussions in the Constitution, Law and Justice Committee on scrapping the two-year budget.When Israel adopted a two-year budget format in 2009, the move was seen as an innovative way to focus government work on governance instead of budgetary haggling and politicking.A two-year budget also increased certainty for the kinds of funds ministries would have at their disposal beyond a short horizon, meaning they could more easily carry out the kinds of multiyear projects that often prove difficult in an uncertain environment.But in 2012, when the budget deficit exploded to twice its target, analysts pointed fingers at the two-year budget.It was impossible, they said, to accurately predict what kinds of revenues and expenditures the country would face two-and-a-half years ahead of time, even with the best models.The budget can also be a source of political instability.If it is not approved in time, it triggers automatic elections. Both the 2013 and 2015 elections came about in part because of failure to pass budgets the previous years.When Yesh Atid leader Yair Lapid became finance minister in 2013, he decided to scrap the two-year budget.Because he came into office on the heels of a budget-induced election, he still made a one-time exception for his first budget, which covered the tail end of 2013 and all of 2014. His attempt to pass his first one-year budget for 2015 failed.Finance Committee chairman Moshe Gafni (United Torah Judaism) said Netanyahu had asked him to hold off budgetary approval until November.By adding another year onto the budget, Netanyahu could avoid a cataclysmic fight next year, but could once again put Israel in danger of straying from its fiscal path.