TASE manages only two IPOs in 2015 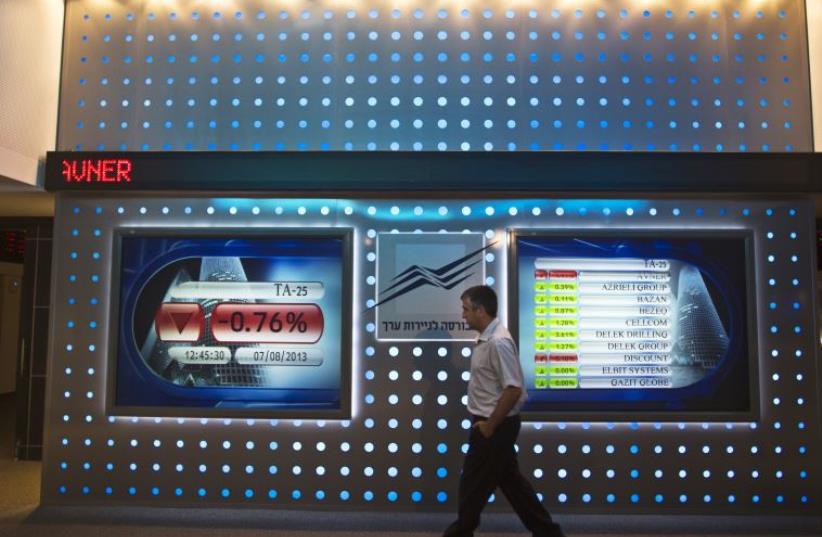 An employee walks past a screen displaying market data at the Tel Aviv Stock Exchange
(photo credit: REUTERS)
Advertisement
There were only two initial public offerings (IPOs) in 2015 on the Tel Aviv Stock Exchange, raising a meager NIS 150 million. Construction company Oron Group Investment and Holdings raised NIS 70m., and real-estate company Vitania Ltd. raised NIS 80m.In 2014, which was itself a poor year, five IPOs raised NIS 1.4 billion, according to figures provided by underwriter and investment company Rosario Capital Ltd.Overall there were 72 offerings on the TASE in 2015, raising NIS 4.3b., up 22 percent from NIS 3.5b. in 2014.In contrast to the share market, the bond market was vibrant with a large amount of debt raised. The offerings were boosted at the last minute with real-estate company Gazit-Globe Ltd.’s successful NIS 700m. bond offering.In terms of money raised in Tel Aviv, the real-estate sector was dominant and was responsible for 60% of activity, raising NIS 2.5b. Investment and holdings companies also stood out by raising NIS 520m., biomed companies raised about NIS 445m., and cleantech companies raised around NIS 345m.