This article contains affiliate links to products selected by our editors. JPOST may receive a commission for purchases made through these links. Please note that we only recommend products that we believe are of high quality and that we think would be of value to our readers. We are not responsible for any errors or omissions in the content of this article, or for any loss or damage that may arise from the use of these products."

If you're looking for a powerful console, Nintendo's new OLED Switch is definitely worth checking out. The upgraded design, enhanced audio, larger OLED display and improved outdoor visibility make it a great choice for gamers. In this review, we'll compare the Switch OLED with the original model to help you decide whether it's worth an upgrade or not. We'll also take a closer look at the added features and advantages this console has to offer. So, if you're considering investing in a new Switch console, read on to find out more!

The release of the new Nintendo Switch OLED Console had me feeling a mix of excitement and trepidation. After using the original Switch console for some time, I was eager to see how this new model would compare. I took the plunge, got the device, and after a couple of months of gaming, here's my in-depth review of the Nintendo Switch OLED Console.

From the outset, I noticed that the new console felt much more premium than its predecessor. The vents on the top were less noticeable, the logo was smaller, and the bezels were also smaller. What really caught my attention was the adjustable rear stand. I loved being able to prop the switch at any angle I wanted, whether I was playing with a mate or on the go.

The 7-inch OLED screen blew me away. It was immediately apparent there was a clear difference between the contrast on the new OLED display versus the original IPS panel. The deep blacks and punchy colors made the visuals a lot more vibrant and engaging. Resolution-wise, the OLED console had a 1280 by 720 pixel resolution, which was the same as the first Switch. While I was initially disappointed by this fact, the animations and graphics in many of the games made up for this - provided you weren't playing in overly bright outdoor environments.

The speakers on the OLED model were also a huge upgrade. Thanks to their design, sound now felt louder and clearer. There was also the added benefit of being able to connect bluetooth headphones to the console, making it much easier to play games in public.

In terms of performance and battery, I didn't notice any dramatic improvements over the original Switch. Performance was still stable and smooth - though more graphically-intensive games could struggle at times. As for battery, the 4,310 milliamp hour cell was the same as the original, but I was able to get far more out of it, getting five hours of streaming and video playback at maximum brightness compared to four hours on the first Switch.

Ultimately, the Nintendo Switch OLED Console is a great upgrade and I'm pleased I gave it a go. While it's not quite the Switch Pro we were hoping for, it has definitely improved upon the original console with its amazing OLED display, upgraded speakers, adjustable stand and improved outdoor visibility. 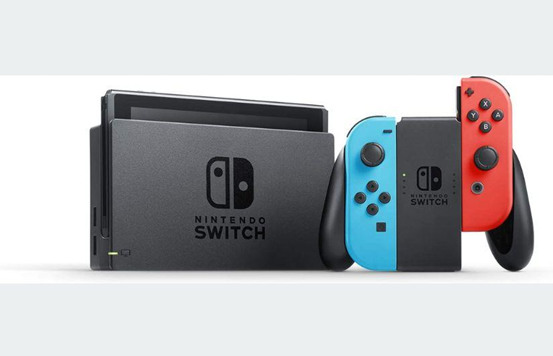 Characterizing the Oled Version of the Nintendo Switch

Nintendo Switch has unveiled its latest Oled Edition console, significantly reducing the bezel area and allowing for a larger 7-inch Oled screen. The glossy screen promises sharp contrast and better visibility when playing outdoors. The Oled console is just a touch heavier than the original, weighing 320 grams and 420 grams with the joy-cons attached. Additionally, the rear stand is adjustable so that the screen can be propped at any angle. There has also been an upgrade to the bundle dock, which now includes a LAN port for online play, two USB ports, and an HDMI port for connecting to a TV. Furthermore, the stereo speakers have been enhanced to now blast sound towards the user. Bluetooth support for headphones has also been added, although a microphone is not supported.

Is the Display Quality of the Nintendo Switch OLED an Improvement?

The Nintendo Switch OLED has a 7 inch OLED screen, compared to the original 6.2 inch IPS panel. The OLED panel provides deep blacks and vibrant colors, with better visibility in outdoor settings than its predecessor. Additionally, the new OLED model includes stereo speakers that face the user, which provide improved sound quality over the original. The resolution of 1280 x 720 remains the same between both versions, however, which may be a bit pixelated when viewed closely. Ultimately, the Nintendo Switch OLED's display provides an upgrade with improved contrast, visibility, and sound quality. 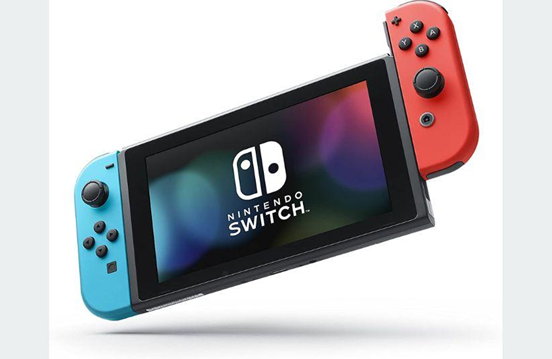 What Audio and Connectivity Options Does the Nintendo Switch Oled Model Offer?

The Nintendo Switch Oled model comes with enhanced audio and connectivity options that set it apart from its predecessor. With the Oled edition, the dock has been upgraded to include a LAN port for internet access, an HDMI port for TV connectivity, and two USB ports. The stereo speakers have also been improved, with the audio directed towards the user for a louder and clearer experience. Additionally, it supports Bluetooth headphones and removed the lag and distortion that was found with the original model. Finally, the Switch Oled also includes a headphone jack for those who prefer a private listening experience.

How Does the Nintendo Switch Oled Edition Perform?

The Nintendo Switch Oled Edition offers gamers an enhanced gaming experience with improved performance. The console offers a 7-inch Oled screen, a larger size than the original Switch, with a 1280 by 720 pixel resolution. As a result, colors and contrast are notably improved compared to the original model. The Switch Oled Edition also includes upgraded stereo speakers that project audio toward the listener for clearer sound, and bluetooth headphone support. Performance-wise, the Oled Edition packs the same custom Nvidia Tegra chipset as the original Switch, with no extra memory. Despite this, most games still run with a smooth and stable frame rate. Battery life has also increased, as the Oled Edition can last for up to five hours when playing videos. All in all, the Nintendo Switch Oled Edition is a great way to upgrade your gaming experience. 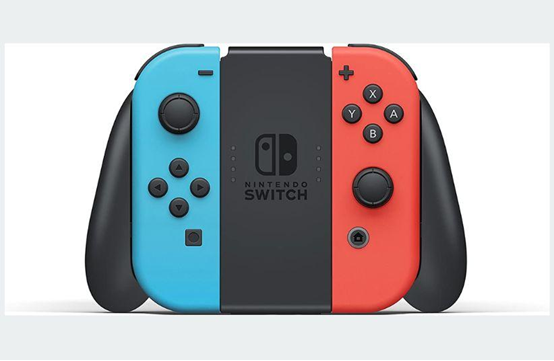 The Nintendo Switch Oled provides an impressive battery life upgrade compared to the original Switch. It boasts a 4,310 milliamp hour cell, the same as the original, however the LED screen is much more energy-efficient, allowing for up to five hours of playback with the brightness set to maximum. This is a clear improvement over the previous model which could offer a maximum of only four hours. Whether you're playing outdoors or indoors, the Oled model is sure to provide you with more gaming time.

What Content is Accessible with the Nintendo Switch Oled Edition?

The Nintendo Switch Oled Edition offers an array of games and content to explore. With a 7-inch OLED screen, users can enjoy crisp, vibrant visuals - perfect for titles like Metroid and Diablo. The Oled edition also supports Bluetooth headphones and an adjustable rear stand, so you can get the perfect viewing angle. In addition to games, users can also stream video content and access their Nintendo Switch online membership. The built-in dock also has two USB ports and a LAN port so you can easily stay connected. With so much to offer, the Oled edition is the perfect console for gamers and content buffs alike.

The Nintendo Switch Oled is a great upgrade from the original in terms of design, specs, and display. This version of the Nintendo Switch has a bigger 7-inch OLED screen, adjustable rear stand, Bluetooth capability, and a more efficient battery. The speaker quality has also been improved, as well as the visibility outdoors, making it a great addition when playing with friends. With the versatility the console offers, it's a great device for gamers of all ages. The only downside is that the screen resolution remains the same as the original Switch, but otherwise the improvements make the console worth the price. All in all, the Nintendo Switch Oled is a reliable, well-made console that's a great purchase for anyone looking to get the most out of their gaming experience.

What is the Nintendo Switch OLED?

How does the OLED Switch compare to the original Switch?

The Nintendo Switch OLED has a larger 7-inch OLED display providing deeper blacks and better outdoors visibility than the 6.2-inch IPS display on the original Switch. It also has adjustable stand, LAN port, support for Bluetooth headphones and twice the storage capacity of the original.

Does the OLED Switch have better performance?

The Nintendo Switch OLED is using the same custom NVIDIA Tegra chipset as the original model, so there are no improvements in performance. However, the OLED display is more energy efficient and allows for longer battery life.

This article was written in cooperation with SmartWebReviews