The new gender-identifying algorithm detects the specific movement of holding the device upside down in a pants pocket or putting it into a pocketbook. 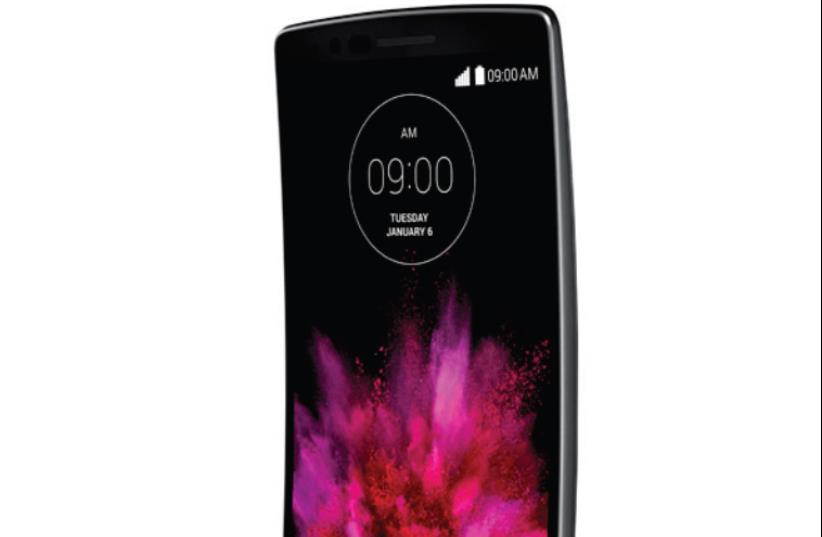 Smart phone LG’s G Flex 2
(photo credit: Courtesy)
Advertisement
Ben-Gurion University systems engineers have developed an algorithm that can predict with up to 92-percent accuracy whether the user of a given smartphone app is a man or a woman.The university’s Dr. Asaf Shabtai and his student Itay Hazan said Tuesday that the algorithm uses information collected via the phone’s existing sensors, such as motion sensors. The algorithm detects specific movements – for example, holding the device upside down in a pants pocket or putting it into a purse – and decides on the likely gender according to the distribution of the various motions, counting the number of times the user has held the device in a particular way.The formula can be integrated into any app in the Google Play Store and can provide a well-founded prediction of the user’s gender from the moment installation completes – without invading their privacy.Until now, algorithms have used text analysis of material written by phone-owners to figure out if they are male or female, but that method can infringe on people’s privacy.Knowing the user’s gender can help the app companies disseminate advertising and marketing content to male and female audiences by personalizing the ads and content.After testing their methods on actual devices, Shabtai and his team discovered previously unknown patterns of use among men and women. For example, men tend to download more apps, heavier apps (50 Mb and up), and more paid apps than women do.The full method and results will be displayed at the annual MobileSoft conference for mobile research and development, which takes place in Italy this week.