A new venture claims to bring "the ingenuity of Israel" to "an untapped, yet critical market in Africa." 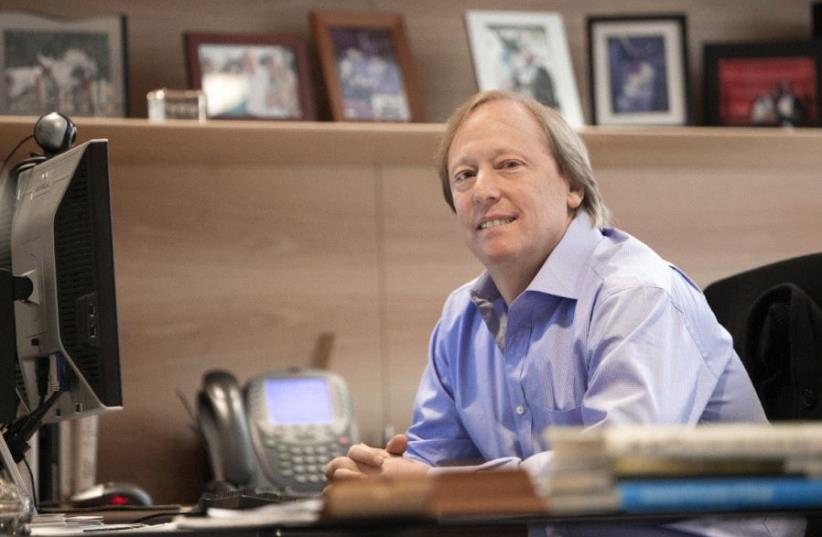 Seth Merrin
(photo credit: Courtesy)
Advertisement
With hopes of transforming struggling sub-Saharan farmers into successful entrepreneurs, Jewish-American philanthropist Seth Merrin will soon be launching an initiative to bring Israeli agricultural innovation to their doorsteps.“It’s about what can Jews do around the world to make this world a better place,” Merrin said, at a recent Tel Aviv University seminar. “The one thing that brings us all together is the concept of tikkun olam.”Merrin’s forthcoming Tikkun Olam Ventures (TOV) – whose name refers to the Jewish concept of “repairing the world” – is slated to launch its first project this November, providing low-interest loans to bring sustainable, pay-as-you-go solutions to small-scale farmers in Ethiopia.While a multitude of other efforts have attempted to introduce agricultural technology to such farmers, TOV claims that it will be able to bring about a significant breakthrough in the sector, by combining “the ingenuity of Israel” with a strategic business model in “an untapped, yet critical market in Africa.”Operating in partnership with the American Joint Distribution Committee, TOV is intending to triple every dollar invested and remain a for-profit philanthropic venture.As an evergreen fund, in which returned business loans will be reinvested and earmarked for activity in future developing countries, TOV will be offering farmers access to capital, technology transfer and business training, according to the program.While TOV’s precise offerings for farmers will be continuously refined as the venture moves forward, Merrin stressed the importance of eventually tackling three life-sustaining verticals in Africa: agriculture, energy and healthcare.“Let’s create the model; let’s franchise the model,” he said.That model may still be in its infancy, but Merrin said he envisions bringing recent American-Jewish university grads to Israel, where they and their Israeli peers would train for a month or two to become familiar with TOV’s business model. These young professionals would then head to Africa for a year or two to recruit local entrepreneurs and help them implement the business model on their farms, he explained.“We are giving people on the ground in the developing nations an opportunity to create a business,” Merrin said. “TOV will lend them the money, understanding that the business model will be profitable in X amount of years, and the entrepreneur will be able to pay TOV back in a certain amount of time.”TOV will have initial funding of $500 million over five years, with $90m. in equity and $110m. as standing low-interest loans coming from Israel, and a $300m.contribution serving as equity coming from the Jewish world, Merrin explained. The JDC will be implementing the Ethiopia pilot project, enabling TOV to work out all the kinks and fine-tune the program for the future, he added.Merrin, CEO and founder of the institutional equities marketplace Liquidnet, is advancing his latest philanthropic venture with a long-standing history in sub-Saharan Africa – particularly in Rwanda. He and his late wife Anne Heyman, who died in a horse riding accident in January 2014, established the country’s Agahozo- Shalom Youth Village in December 2008. Modeled after the Israeli Yemin Orde Youth Village, Agahozo-Shalom is home to students orphaned during or after the Rwandan genocide.“One of the brilliant things that Anne did was introduce the concept of tikkun olam into the village,” Merrin said, noting that the student all participate in community volunteering activities. “Today, everybody in Rwanda knows what tikkun olam means.”By launching TOV, Merrin is hoping to overhaul the status quo in which sub-Saharan African farmers often scrape by on as little as $1 a day.In the agricultural sector, this can mean providing them the loans necessary to acquire “minimal technology” like drip irrigation and fertilization, or new types of super seeds, he explained.“If you can provide those as a package, along with training as to how to implement it, you can take them from $1 a day to $5 a day to $10 a day, and that’s life-changing,” Merrin said.While TOV plans to begin by focusing just on agriculture, with energy and healthcare opportunities coming later, he said that one option in the energy sector could involve installing solar panels on people’s huts, to provide enough electricity for four light bulbs and a phone charger.“Nobody has electricity and everybody has a phone,” he said.Once the local entrepreneurs reap the benefits of their new technologies, Merrin stressed the importance of building on their successes.They can implement the tikkun olam model by investing their profits in clean water for their village, for example. In doing so, TOV could help create “ripple effects that can go throughout the developing nation,” he said.“That is how we do it Jewishly,” he added.