The delegation was hosted by the Israeli Export Institute and was intended to be a networking event with Israeli companies. 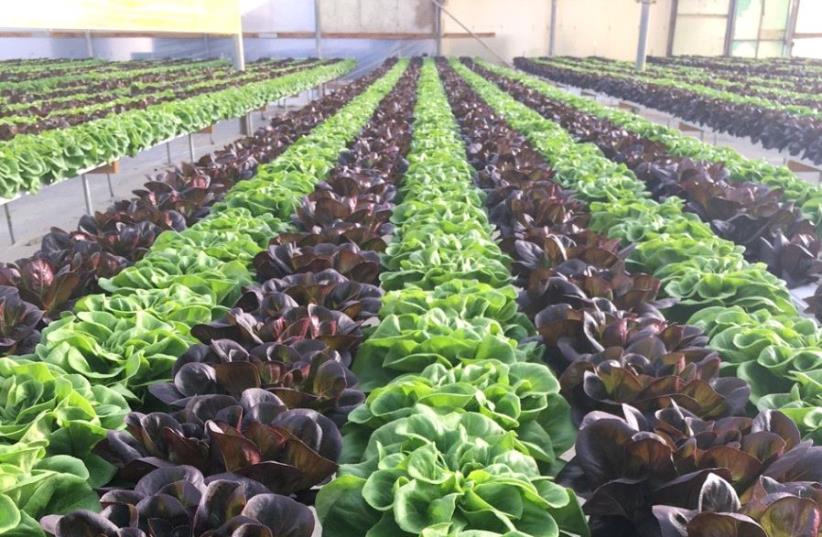 German delegation explores Israeli technological advances in agriculture
(photo credit: Courtesy)
A high-ranked delegation initiated by the German Ministry of Food and Agriculture and BVEO, the Fruit and Vegetables Association of Germany, is visiting Israel to explore the Israeli agriculture industry and initiate various collaborations. Members of the delegation include Dr. Hennings Ehlers, the CEO of Deutcher Raiffeisenverband, representing over 2000 growers with over 60 Billion Euros turnover; Mr. Manfred Nussel, the Chairperson of BayWa group, one of the most important fruit-trading companies worldwide;  Dr. Christian Weselohe from BVEO and Dr. Markus Reichel, the CEO of Dreberis, a consulting firm based in Dresden that organized the delegation. The delegation was hosted by the Israeli Export Institute and was intended to be a networking event with Israeli companies. The delegation was amazed by several new Israeli technologies, such as the vertical fields of GreenWall, the coco pit beds of Pelemix and the AgriNation fund that invests in precision agriculture and other advanced Agro-technologies. The delegation also visited Carmel Yevulim in moshav Hayogev, that developed calcium enriched selanova lettuce that is grown in a hydroponic system, in which the plant has no soil and only water. This technology was developed by Prof. Samuel Edelstein along with Carmel Yevulim and is revolutionary in the concept of functional food.  Adv. Anat Bernstein-Reich the Managing Director of A&G Partners, who hosted the group in Israel and introduced them to the Israeli eco-system, said that it is heart warming to see the Israeli innovation and that the German delegation is looking forward to bringing Israeli agrotechnologies to their growers.
Sign up for the Business & Innovation Newsletter >>