Now solar energy has been brought to 104 African villages, and one million people have access to water. 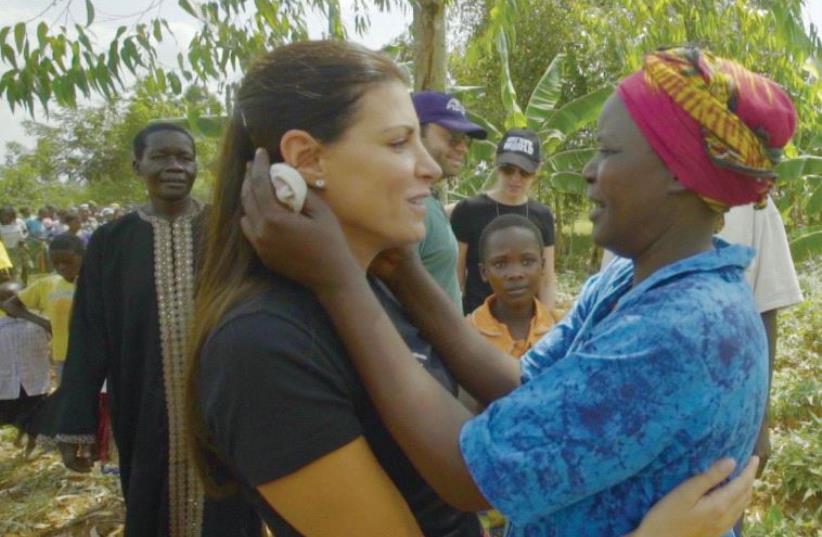 Sivan Ya’ari (left) established innovation:africa in 2008
(photo credit: INNOVATION:AFRICA)
Sivan Ya’ari, founder and CEO of innovation:africa, first learned about real poverty in Madagascar after she completed her IDF army service and was working for an international clothing company in the African country. She says she had always thought that she was poor growing up, but as she traveled through Madagascar, she witnessed real poverty in the villages and realized that what she had experienced was nothing compared to how those people lived.No electricity There were many basic amenities missing in the lives of the people in Madagascar.“In one village, when I saw a long line of people waiting in the medical clinic, I assumed there was a shortage of doctors. And there was. But the reason was that there were no vaccines or medicine. And there were no vaccines or medicine because there was no refrigerator. And the reason for that was that there was no electricity,” Ya’ari explains.Never one to take the easy way out, Ya’ari decided that she needed to learn for herself how to help, not just this one village but the entire continent of Africa, which consisted of 54 countries in which some areas had no electricity. So she took a master’s degree in energy at Columbia University in New York before heading back to Africa. She had learned that, theoretically, providing electricity could be quite simple and inexpensive.Finding a solution As Ya’ari explains, “The problem was also part of the solution.”There was a drought, which was caused by the heat. As there was no shortage of hours of sunshine, she brought two solar panels, had them installed on the roof of the medical clinic, and suddenly there was enough electricity to power the clinic and the small refrigerator she had purchased.With the electricity and the refrigerator on hand, more doctors were prepared to go to the village, as they had medicine and vaccines to work with.Another two solar panels brought light to the school, so the children could work better. That, in turn, attracted more and better teachers. But still not all the children were going to school. Some, Ya’ari discovered, were too weak from lack of food and water to even walk to school.It is always assumed that Africa suffers from drought because of lack of water, but Ya’ari says that’s just not true.“There is plenty of water, but it’s all in the aquifers underground. To bring it to the surface, you need electric pumps.”Once again, solar panels were installed – first to power the drilling to find the water, and then to power the water pump to bring the water up to ground level. A series of pipes with taps along them spread the water around the village, providing unlimited clean water for washing, drinking and food preparation.Another water pump was installed, and the Israeli technology of drip irrigation was applied, which enabled the villagers to grow crops using much less water than before.And with more water and more food, the women of the village decided to find ways of earning an income.“What amazed me was the entrepreneurial spirit of the women,” says Ya’ari.Some women sold the surplus crops they grew to other villages that were still without water pumps. Some opened a bakery and sold their baked goods, some made bricks for building and sold them, and some tended livestock and sold milk.Remote monitoringIn 2013, innovation:africa won an award from the United Nations for inventing a remote monitoring system. A device is installed in all their solar installations, which tells them exactly how much electricity is being produced, how much is being used and how much water is being pumped at any given time. It also registers if there are any problems in the system so the local population can fix them. This information can be retrieved from anywhere in the world.Now solar energy has been brought to 104 African villages, and one million people have access to water.As Ya’ari points out, she didn’t invent anything.She saw a need and knew that Israel had the technology. It was just a matter of bringing the solution to the problem.An ironic twistIn the Ugandan region of Karamoja, people were dying of hunger. The name Karamoja probably doesn’t mean anything to most readers, but more than 100 years ago it was the province in Uganda that British colonial secretary Joseph Chamberlain offered Theodor Herzl to house homeless Russian Jews.But the Jews were not interested in a so-called homeland in Uganda, and the idea was shelved.Sivan Ya’ari’s team went to Karamoja to help bring them electricity and water to relieve their plight. Ya’ari is very proud that today the State of Israel, in its true intended homeland, is able to supply the technology to help rehabilitate the people of this African region.Back in Israel: Once an innovator...When she’s not in Africa, Sivan Ya’ari lives in Israel with her husband and three children. When she first moved to Modi’in, she was surprised to see that there were no nail salons in the new modern town.Never one to just complain about the lack of something, she opened a salon called iSPA EXPRESS, which offers manicures and pedicures, as well as other beauty treatments. True to her usual approach, she employs mainly single mothers who live in the area.Ya’ari expanded her enterprise to a chain of eight salons in the country, from Karmiel to Beersheba. Some she owns, and others are franchised.