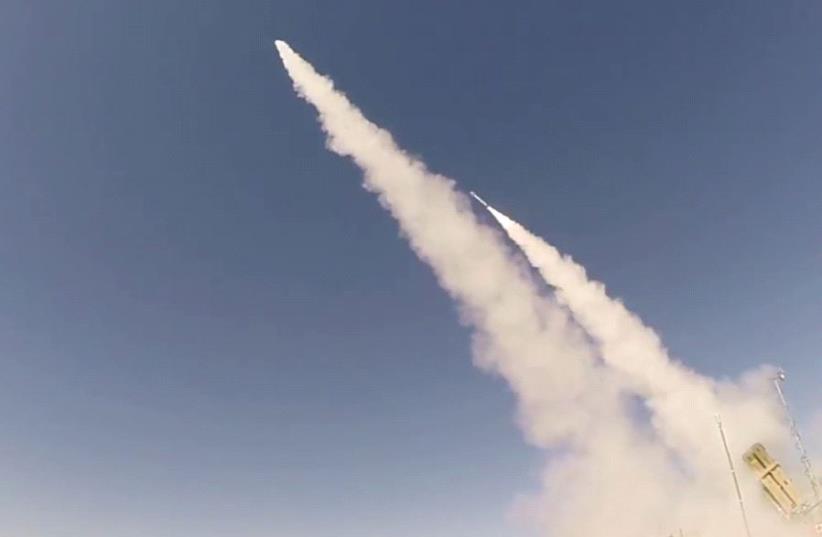 Iron Dome
(photo credit: screenshot)
Advertisement
The start-up responsible for the command and control system behind the Iron Dome missile defense system is now supplying critical infrastructure support to New York’s largest public power organization.The Petah Tikvah-based mPrest, a provider of mission- critical monitoring, control and analytics software for utilities, has deployed a predictive health analytics application to enhance the operational reliability and cost effectiveness of the New York Power Authority’s assets network, the partners recently announced.Developed in collaboration with the authority, mPrest’s Asset Health Management application is monitoring the operational health of the transformers in real time and maximizing the efficiency of the authority’s Niagara Power Plant – one of the largest renewable energy sources in the United States.“In a record amount of time, we, together with New York Power Authority, determined what was needed and created an unprecedented, effective solution that will reduce operational risks, deter unplanned down time and prevent expensive maintenance costs,” said Natan Barak, founder and president of mPrest. “I believe that this technological achievement will lead to broader partnership between Israel and New York State.”Although best known for furnishing the control software for Israel’s Iron Dome, mPrest also made headlines in January 2016, when the company raised $20 million in a series A fund-raising round led by GE Ventures and OurCrowd. This January, the company also completed an information grid project with the Israel Electric Corporation, enabling the company to optimize and further secure the management and control of its various systems, facilities and infrastructure.The New York Power Authority- mPrest partnership aims to reduce costs while ensuring that New York remains at the forefront of technological innovation, according to the companies. At the Niagara Power Plant, the mPrest software platform is analyzing information generated by sensors on the electrical transformers in order to automatically assess their operational health and predict potential malfunctions, the firms explained.“Our transformer system is a critical piece of our statewide power infrastructure, raising the voltage or ‘electrical pressure’ of power so that it can be transmitted long distance over the state’s grid,” said Gil C. Quiniones, New York Power Authority president and CEO.“Through our collaboration with mPrest, we can now accurately predict potential failures through better diagnostics and prognosis. As we actively pursue becoming the ‘first completely digital utility in the country,’ it is through cutting-edge technological innovation like this one, made possible with the intelligence, dedication and cooperation of our partners, that we have developed a unique, effective way of monitoring our transformers.”