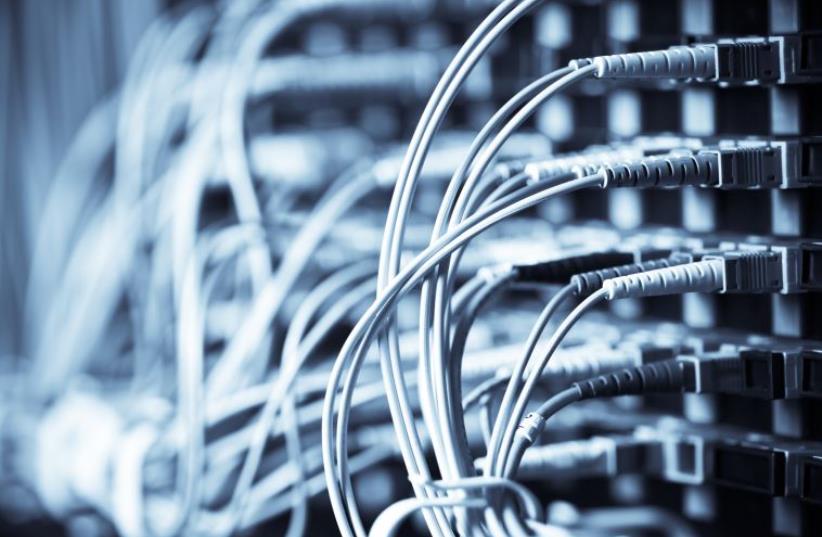 Network cables connected to routers (illustrative)
(photo credit: INGIMAGE)
Advertisement
Israel has once again held its place at 27th in the World Economic Forum's Global Competitiveness Index, which released its 2015-2016 ranking on Wednesday.It is the third year in a row Israel has maintained the rank, which fell from 22nd in the 2011-2012 report and 26th in the 2012-2013 report, despite constant promises from government leaders to cut red tape and create a better business environment.In August, Prime Minister Benjamin Netanyahu vowed to improve Israel's competitiveness, telling manufacturers that "we will work to create a better business climate for Israeli industry."The GCI is based on 12 "pillars" that fall into three categories: basic requirements (in which Israel ranked 38th), efficiency enhancers (27th), and innovation and sophistication factors (8th). Of the 12 pillars, Israel only ranked in the top 10 in Innovation, where it was ranked 3rd globally.On the pillar of Technological Readiness, where Israel ranked 20th, its high rank in subcategories having to do with technological adoption were severely tempered by subcategories measuring the use of ICT (Internet Computer Technology).Factors that pulled down Israel's score included measures of efficiency in the goods market (57th), which derived from a low subscore on competition. Subscores on Israel's government debt, though low relative to many developed countries, came 109th on the list, while a ranking of budget balance put Israel at 81st. Another lowpoint came from Israel's labor market, which was ranked 82nd in terms of flexibility.The report found that the most problematic factors for doing business in Israel were inefficient government bureaucracy, tax rates, and access to financing.This year, Switzerland topped the rankings, followed by Singapore, the United States, Germany and the Netherlands. From the Middle East, Qatar came in 14th place, the UAE in 17th, and Saudi Arabia at 25th, all ahead of Israel.“The fourth industrial revolution is facilitating the rise of completely new industries and economic models and the rapid decline of others," said Klaus Schwab, Founder and Executive Chairman of the World Economic Forum. "To remain competitive in this new economic landscape will require greater emphasis than ever before on key drivers of productivity, such as talent and innovation.”The report's rank is based on a combination of statistics from international bodies such as the World Bank and an Executive Opinion Survey.