Described as "energy drink for the mobile phone" the mobeego single-use, cordless charging unit can boost mobile battery life for up to four hours. 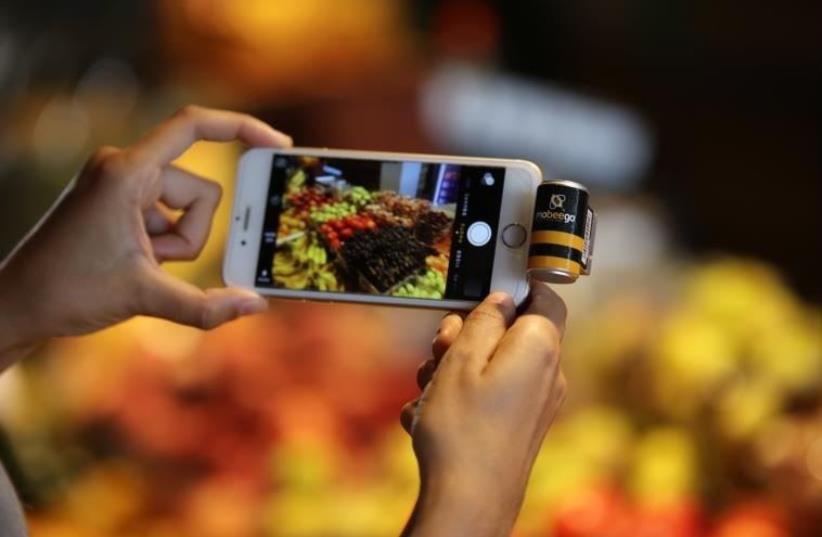 A mobeego disposable charger installed on a smartphone
(photo credit: PR)
Advertisement
Tired of your smartphone dying on the go, having to buy expensive battery packs or wasting time at mobile charging stations?  An Israeli start-up has developed an inexpensive, disposable smartphone charger that could provide the solution. Ashdod-based mobeego announced on Tuesday the global launch of its recyclable charger, which the company describes as an "energy drink for the mobile phone."Compatible for both Google Android and Apple iOS smartphones, the mobeego technology can charge mobile devices for up to four hours.
The mobeego device comprises two parts that are manufactured in China. One element is a charging unit designed in the shape of a miniature energy drink can, which is set to be marketed for about $2.50. The other, is a miniature adapter that connects to the phone's charging outlet and is due to be sold for approximately $5. The single-use, cordless phone charger was designed to be eco-friendly and ready for disposal at special facilities located at points of sale, according to mobeego. Within the coming months the Israeli start-up plans to sell hundreds of thousands of its charging units through an array of vendors, including kiosks, convenience stores, transportation terminals and entertainment venues. The start-up expects to expand sales to several million units in 2016.The Israeli venture has engaged with potential distribution partners in the country along with others in the United States, Germany France, Belgium, Russia, South Africa and Chile. Mobeego was founded in 2014 and intends to release a new model of its solution that will include a refundable deposit for users who return charging units.