Prof. Yoav Shoham, a principal scientist at Google, believes that a more inclusive hi-tech sector will help the country maintain its competitive edge as the startup nation. 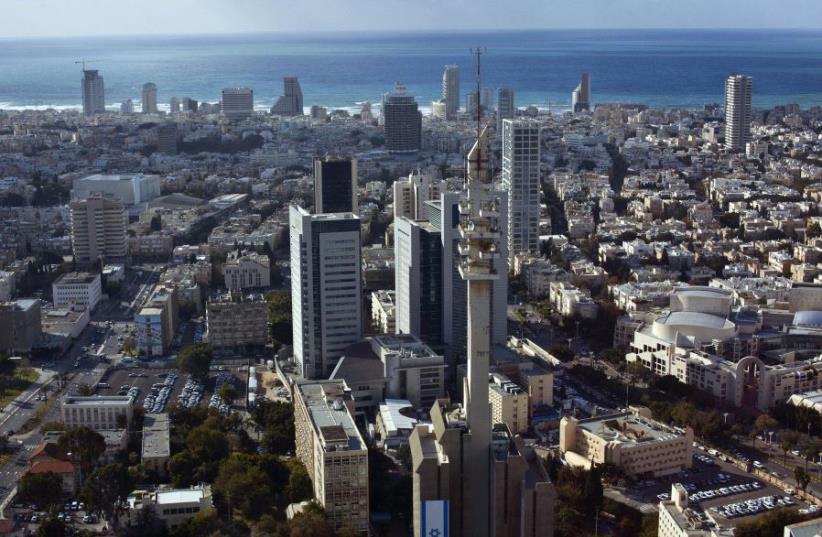 A general view shows central Tel Aviv backed by the Mediterranean Sea
(photo credit: REUTERS)
Advertisement
momentum of Israel’s thriving start-up scene, the country’s innovative spirit must extend beyond the bubble of a select few, according to Google principal scientist and entrepreneur, Prof. Yoav Shoham.“We have to be inclusive,” Shoham told The Jerusalem Post. “We can’t rely only on a handful of graduates of elite army programs to sustain this ecosystem.”Shoham, a computer scientist and professor emeritus of Stanford University who co-founded four start-ups, stressed the twofold importance of enlarging Israel’s pool of skilled workers in its hi-tech industry and sharing the innovation culture with a wider segment of the population.Equally important is the need to keep the tech scene fresh and innovative, in the face of increasing competition from billion-person countries like China and India, he said.“Will our entrepreneurial start-up culture be enough to continue to differentiate relative to start-ups from Bangalore?” he asked.Shoham spoke to the Post ahead of next Monday’s TEDxTelAviv event, where he will participate as a speaker, alongside Nobel laureate Prof. Aaron Ciechanover, classical music composer Gil Shohat, cyber security expert Nimrod Kozlovski, singer Rita Yahan-Farouz and top model Lauren Wasser.A world-renowned expert on artificial intelligence (AI), game theory and electronic commerce, Shoham said he plans to speak at TEDx about AI from a futuristic, philosophical perspective rather than addressing the sector’s practical successes.“I’m going to speak about thinking long term and asking how far it [AI] can go,” he said. “Could computers think? Could they understand? Could they have feelings?” These existential thoughts, he explained, are folded into the larger question that asks how human beings are different from computers.“The way I feel about AI is that I remember a cartoon I saw many years ago of a kid looking at the stars through a telescope but standing on a stool to get closer,” said Shoham.“We’ve had tremendous successes, but we’re so far away from capturing various aspects of intelligence that we are still standing on that stool.”Born and raised in Haifa and educated at the Technion- Israel Institute of Technology, Shoham left in 1982 to complete his PhD at Yale University, as the AI field was not yet developed in Israel.“I went straight from Lebanon to New Haven,” he said, referring to his army service in the 1982 Lebanon War.After returning briefly to Israel for a post-doctoral fellowship at the Weizmann Institute, Shoham received an assistant professorship at Stanford University.“Most of my work has been theoretical, not useful,” he said, “but I have an applied side.”In addition to his work at Stanford and co-teaching a popular game theory course on Coursera.org, Shoham has also co-founded four different companies.The first was Trading- Dynamics, which offered business-to-business trading applications and enabled users to deploy a range of dynamically priced markets, like auctions. TradingDynamics was acquired by Ariba Inc. in 1999.The next year, Shoham co-founded Cariocas, an intelligent promotion platform provider that focused on enabling brands to engage with and retain customers, through a variety of currency systems, strategic games, auctions and smart interactions.His most recent companies, Katango and Timeful, were particularly successful, with Google acquiring both – in 2011 and 2015 respectively.An automatic friend sorter, Katango allows users to selectively share information with various groups of people.Timeful is an app that analyzes the user’s calendar through machine learning, helping to prioritize activities and create a smarter schedule.In May 2015, Shoham became principal investigator for Google, technically working for its Silicon Valley headquarters, but mostly working remotely from Tel Aviv.“I was commuting, so this was a good opportunity to start relocating to Israel,” he said.After nearly three decades in Palo Alto, Shoham had several suggestions for young people striving to make headway in Israel’s start-up ecosystem.“Everybody should approach this humbly,” he said, noting that the single most important success factor is luck."“You have to come in with an irrational exuberance or else no one would do anything,” he continued. “Everybody is more optimistic than reasonable.”There is no single path to success in launching a successful start-up, Shoham said.Young entrepreneurs should play to their strengths, which for Israelis are their execution capabilities or their marketing skills, he said. “They [Israelis] can sell snow to Eskimos.”Not a marketing man himself, Shoham said that he always needed to have an idea that was sufficiently unique to withstand the competition.When I launched TradingDynamics, a lot of auction software and trading platforms already existed, but I was able to make my product stand out, he said.“I had come at it from a deep understanding of game theory and auction theory,” he said. “That allowed us to architect a product that was meaningfully deeper than others, and when we spoke about it, it showed.”The same was true with Timeful, said Shoham.“There’s no end of calendar applications and to-do lists, and again, I humbly say that I think we came at it with a slightly deeper intellectual underpinning,” he said.Although Israel’s start-up culture is sustainable because of strong entrepreneurship and product skills, it is important to ensure that this culture is accessible to a more widespread community and that Israeli innovators maintain their competitive edge in the global arena.Like Ireland, Finland and Singapore – all small, well-educated, developed countries – Israel should use its size to its advantage, Shoham said.“Israel is one of the countries that has the unique advantage of being sophisticated but small,” he said.“When you can reach anybody in Israel within a threehour drive, that’s a huge advantage, which you don’t have even in California, let alone the United States.”