International collective of technology-inclined women in the queer community to open branch in Israel's hi-tech capital. 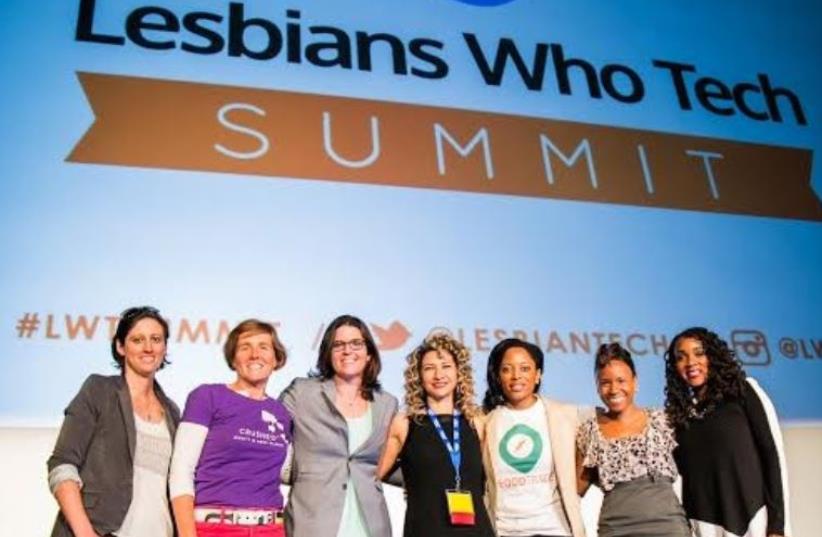 A summit organized by Lesbians Who Tech
(photo credit: COURTESY OF LESBIANS WHO TECH)
Advertisement
Internationally renowned for its vibrant LGBT scene and bustling hi-tech ecosystem, Tel Aviv is set on Wednesday to house a new branch of a global program catered to lesbian and queer women working in the technology field. The Tel Aviv chapter of the international 'Lesbians Who Tech' (LWT) community expects to draw at least dozens of attendees to a kick-starter networking event Wednesday night at the Mini Club.Sharon Sitti and Noga Tavor, the co-city directors of the LWT Tel Aviv chapter, spearheaded the initiative aimed at increasing visibility of the community and connecting its members (and friends). "There's a lack of women role models, and even more so queer women role models at tech events," Tavor told The Jerusalem Post on Tuesday.The two saw the need to launch the program in Israel's hi-tech capital as women - and specifically lesbians - remain largely underrepresented in the fields of science, technology, engineering and mathematics. According to Israel's Central Bureau of Statistic, women constituted 35.5% of employees in the country's hi-tech sector in 2014. In the particular fields of mathematics, statistics, computer science and engineering women made up some 26-28% of the workforce, according to CBS data released in March."The hi-tech industry is losing out from not having enough diversity; it's losing opinions and points of view," underlined Tavor, who works at IBM. "There aren't enough women entrepreneurs and CEOs, and the whole industry is suffering from this."While other groups operate on behalf of women in technology or LGBT people in the industry, such organizations tend to have trouble drawing lesbian attendees to events.Gay men usually make up the majority at LGBT tech events, Sitti told  the Post, adding that lesbian and queer women do not necessarily connect at such gatherings.  "It's important to have a connection to people who share something other than where you work," she says. The LWT group "is encouraging more women, and specifically lesbians, to work in tech and be in this environment."Sitti and Tavor both approached the Lesbians Who Tech headquarters, which paired them for the task of starting the enterprise in Tel Aviv. Their future endeavors include workshops, seminars and a 2016 summit led by the LWT world leadership.Founded in 2012, the Lesbians Who Tech collective is comprised of 30 chapters, including nine branches in cities outside the United States with the addition of Tel Aviv.