'Smart car' tech to get boost from US-Israel collaboration

American and Israel officials have embarked on an initiative that will look to incorporate self-driving technology for use in both the public and private sector. 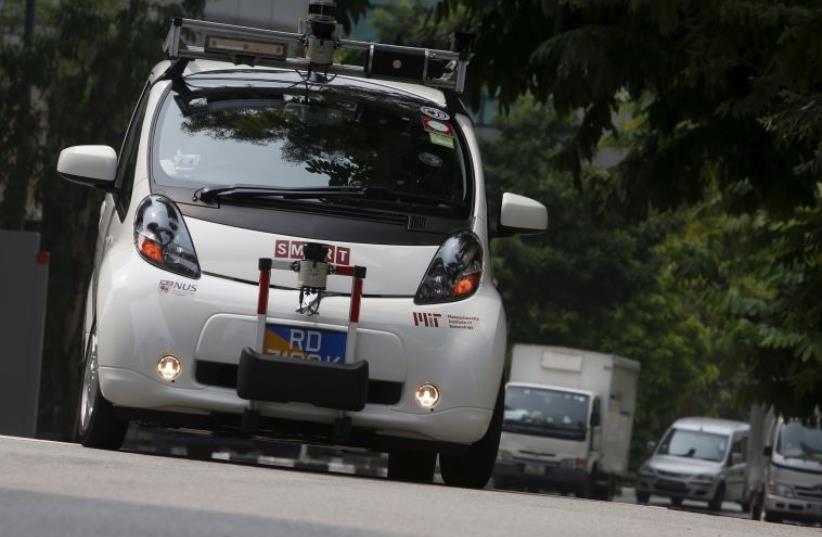 An autonomous self-driving vehicle goes onto the road during a demonstration at one-north business park in Singapore October 12, 2015.
(photo credit: REUTERS/EDGAR SU)
Advertisement
Some day we may see flying cars, but for the not too distant future self-driving cars seem to be the “it” car as a slew of recent collaborations aim at driving “smart car” technologies out of the lab and putting the average Joe and Jane behind what may be a relatively useless wheel.In the most recent agreement, US and Israel officials last week agreed to further collaborate on development of autonomous automobile technologies, as well as the policies that will govern them.The two governments are embarking on an initiative invest to create a Netanya innovation center solely dedicated to developing self-driving car technologies. The $40 million facility, paid for equally by Israel and the US, will employ 80 researchers, half Israeli and half American.The center is part of a Memorandum of Cooperation, signed by Transportation Minister Yisrael Katz and US Transportation Secretary Anthony Foxx on Monday, and the two officials are extremely hopeful about the possibilities that may emerge collaboration.The collaboration will include discussions on cyber security in autonomous and “connected” vehicles, as well as safe deployment of the cars onto roadways.Katz called the advancement toward self-driving cars “a substantial change” from the previous 100 years of “incremental” progress, and said the technology could provide “significant benefits to social welfare – saving lives, reducing crashes, congestion, fuel consumption and pollution and increasing mobility for the disabled.”Foxx, meanwhile, expressed hope that the US Department of Transportation could lead the world in creating a “21st century infrastructure system designed to grow the economy and give our people a better quality of life.”Crash avoidance is a big motive for the push to incorporate more roadway technology into vehicles, especially public transit.In April, a crash between a bus and truck in Haifa killed a 17-year-old girl and injured at least 37 others, while, in February, six people were killed in a bus collision after the bus’s driver allegedly veered off the road and failed to keep a safe distance between the vehicle ahead.Starting in November, all buses and trucks in Israel will be required to have some form of “life-saving warning system,” though the exact type has not been specified.Following Foxx’s last visit to Israel in November, the US DOT announced a partnership with Israeli company Mobileye, which is best known for inventing a technology to alert drivers to roadway obstacles: the Smart City Challenge, in which one American city will get as much as $40m. to integrate “smart car” technology into their public transportation networks.The seven finalist cities in the running are Pittsburgh, Pennsylvania; Columbus, Ohio; Austin, Texas; Denver, Colorado; San Francisco, California; Portland, Oregon; and Kansas City, Missouri.Additionally, the DOT is planning to work with its National Highway Traffic Safety Administration to develop guidelines on how to safely deploy and operate autonomous cars on American roadways. The policies for self-driving cars could serve as a model for federal policy, as well.