All employees of cloud software company Ravello will join Oracle as part of Oracle Public Cloud. 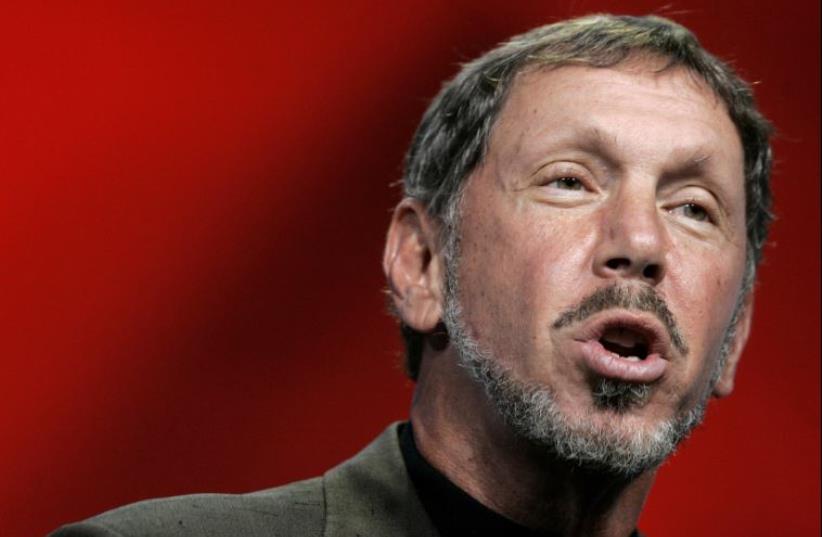 Oracle CEO Larry Ellison
(photo credit: REUTERS)
Advertisement
US software giant Oracle Corp. (NYSE: ORCL) has acquired Israeli cloud software company Ravello Systems for $500 million.Based in Ra'anana, Ravello Systems has raised $54 million to date from venture capital funds. NVP and Sequoia each hold a 25% stake in the company. The company, founded in 2011 by CEO Rami Tamir and chairman and president Benny Schnaider, has 70 employees in Israel and the US. This was the fourth company that Tamir and Schnaider have founded. In September 2008, they sold Qumranet Inc. to Red Hat Inc. (NYSE: RHT) for $107 million.  Shortly after founding the company, Tamir said, "We believe that cloud computing will become a consumer product within a few years, and we want to help it turn into that. We're working on the same models that succeeded for us in the past and we hope they will succeed this time. We want to do it as big-time as possible but you never know how these things might end up."Several months ago Ravello was chosen as one of "Business Insider's" 27 hottest startups.Tamir announced the acquisition on the company's site. He wrote, I am thrilled to share that Ravello Systems has entered into an agreement to be acquired by Oracle. The proposed transaction is subject to customary closing conditions. Upon closing of the transaction, our team will join the Oracle Public Cloud (OPC) organization and our products will become part of Oracle Cloud. We believe this agreement will accelerate our ability to reach more customers, deliver more value, and enhance our technology at an accelerated pace in order to better serve you."He added, "Thank you for your continued support. I want to emphasize that our top priority is ensuring an uninterrupted service and seamless experience for you and all of our customers and partners. Rest assured, Ravello’s service will continue “as is.” In the coming months, we will be working to continue enhancing our value to you and we are looking forward to developing new products and services enabled by this combination.""Ravello will join in Oracle’s IaaS mission to allow customers to run any type of workload in the cloud, accelerating Oracle’s ability to help customers quickly and simply move complex applications to the cloud without costly and time-consuming application rewrites."The Ravello site also said that, "All Ravello employees will be joining Oracle as part of Oracle Public Cloud."