The future is in the Cloud: Cloudwith.me Cloud Token Initial Coin Offering

By JPOST.COM STAFF
AUGUST 3, 2017 15:40
Keep your head in the cloud
(photo credit: COURTESY CLOUDWITH.ME)
Advertisement
"Join the Crowdsale: https://token.cloudwith.me"The crypto universe is filled with promising ideas. Some are slightly better than others. But overall, the ICO movement has produced some very revolutionary ideas that are starting to change the way we live. From Ethereum to Ripple, decentralised currency is here to stay. It is in this crypto renaissance that we find another ICO that is looking to change the world forever.Cloudwith.me is a new proposal that is seeking to modify the way cloud storage works. Until now, cloud storage has been limited to a handful of sites that can charge high fees to hold your information in the cloud. Apple charges up to $10 a month to hold your content. If you want something more professional, you can see that fee increase to $15 with Dropbox, and that only gives access to three  people. If you have a bigger team, the prices can keep increasing up to hundreds of dollars a month. That is what Cloudwith.me is trying to change. "We're driving a meaningful evolution that enables millions of people to access the power of professional cloud services at a fraction of the cost and in undeveloped countries. The goal is to create a decentralised peer-to-peer cloud-based ecosystem that will enable millions of people globally to share, operate and get the financial benefits from any cloud service and application, directly between them, in a trusted and efficient manner; from music to social insurance and investment services, in a wholly secure and private environment. We call it the 'Crowd Cloud,'" Asaf Zamir, Co-Founder and Chief Technology Officer, explained in a Cloudwith.me press release.There is no "i" in team This idea will ultimately change how cloud computing works.Cloudwith.me will create a secure, private, and reliable service that will be run by the cloud community. The way the system works is that each member of the community will contribute by sharing cloud storage to the network. The more users that participate, the bigger the overall storage of the system. Each time one of those individual cloud storages is used, the person who provided the space gets paid. It a beneficial situation for all the parties involved that substantially decreases the cost associated with having cloud storage. To make this idea happen networks will have peer-to-peer GridNodes, which are built under Ethereum's blockchain, and uses ERC20 tokens. The Cloud ICO represents an enormous opportunity to get inside something that will forever change the way we interact with cloud computing. Bitcoin is fighting PayPal and the likes. But Cloudwith.me is looking to use something we all have: storage space, and turn it into a massive storage centre without a central authority or the risk of anyone's information being sold through backdoor channels to  advertising companies, or even utilised by governments to spy on its citizens.Inside the network The company released the white paper on its website, which details how the system will be able to overcome some of the obvious challenges when it comes to storing data on multiple servers at a global scale. At the moment, cloud services providers need to operate data centres. That means that thousands of servers must be protected and also kept a constant temperature as well as guarantee that the internet connection is never lost. An outage in one of the data centres can affect hundreds of thousands of people. This is where Cloudwith.me GridNodes come into play. Each GridNode is connected to the blockchain, which in turn makes them connected to each other. That allows the network to be operated by different services providers. Moreover, these nodes also contain a uniform application runtime environment, which allows seamless migration of code between service providers. What does that all mean? That if one node goes down, the rest of the network will not be affected. A blockchain-based network does not only securely encrypt your information, but also keeps it available to you regardless of the status of the system. The all mighty ICO Everyone needs incentives. That is a fact economist have known for ages. Cloudwith.me is aware of this, and thus they have created their own coin to support their platform. The Cloud Token was made under ERC20 standard and will operate in the Ethereum blockchain. The Cloud token will be the de facto currency of the network and will be able to be exchanged for Ether or any other cryptocurrency once you cash out your part of your position.However, because the company also wanted to go the extra distance, they created a very special ICO to fund this coin and this project. Codenamed, "ICO for All," this is the first ICO that that will allow contributions from credit cards, bank transfers, and cryptocurrency. There is a small caveat. If you are in North America, you can only use cryptocurrency during the ICO. However, for everyone else around the globe, all other forms of payment are allowed. This will be the first ICO of its kind, so it will be absorbing to see how fast Cloud Token ICO will reach its goal.All Cloud Token issued during the ICO can be immediately be used to pay for cloud services of one of the biggest cloud services providers at 50% of the cost. The idea behind this move is to create a steady demand and subsequently increase Cloud Token liquidity. It is a brilliant move that signifies the careful planning that this company has done to make this idea a reality. 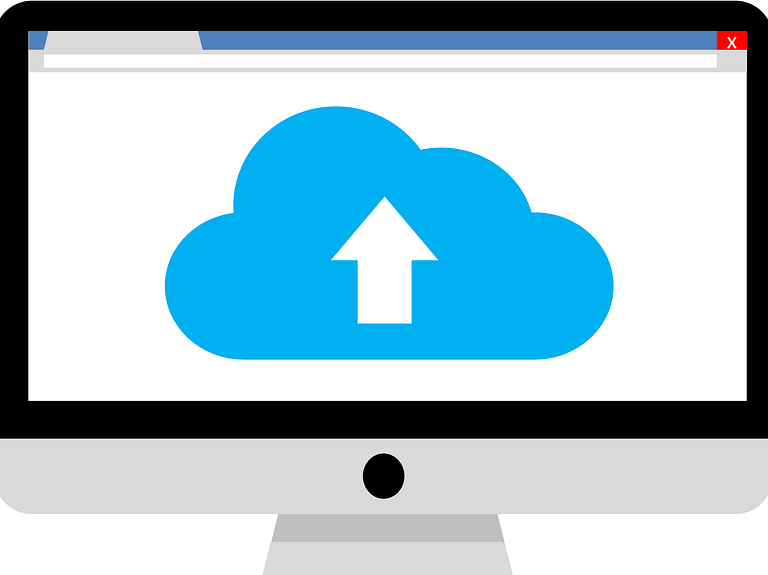 The human connection So far all the technical details have been explained, but why do they matter? It is quite simple, money. If you live in an industrialised nation, $10 a month might not seem like a hefty price to pay for cloud computing. But for a someone living in the developing world, those $10 might be a month's worth of wages. They will be the biggest beneficiaries. India is the second largest country on earth, based on population. There is a high demand for technological services, but due to cost, there is an inadequate supply. Cloudwith.me will bridge the gap between capital intensive nations and labour intensive nations, by levelling the playfield. People in India with storage spaces will be able to lend everyone on earth and vice versa. This is the way cloud computing was meant to work. This is the way cloud computing will work. And this is the way Cloudwith.me will make those ideas a reality. "Join the Crowdsale: token.cloudwith.me"