UN turns to Israel for advice on inclusion of disabled

Beit Issie Shapiro, a leading Israeli facility in Ra’anana, was awarded "special consultative status" to the UN’s Economic and Social Council (ECOSOC) in 2012. 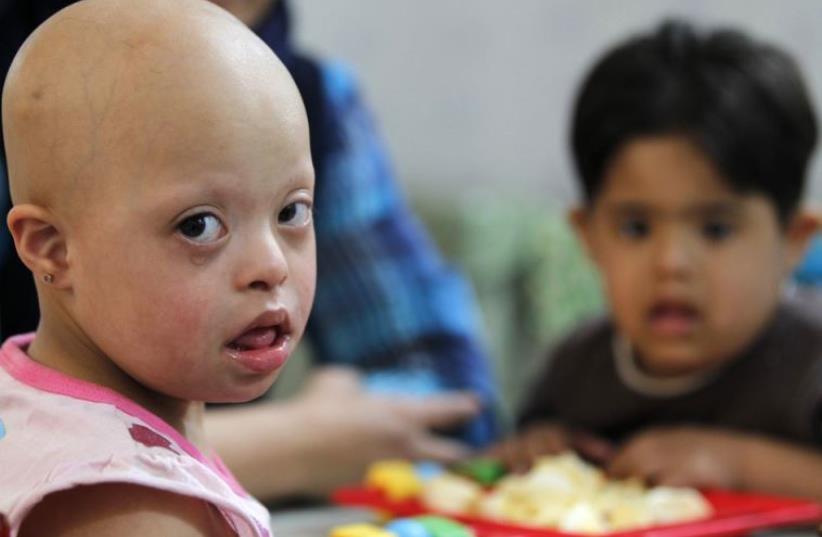 Students with Down's syndrome attend a special class in the Hibato Allah Center in Baghdad
(photo credit: REUTERS)
Advertisement
Seeking insights on inclusion, the UN has turned to Beit Issie Shapiro, a leading Israeli facility in Ra’anana that was awarded “special consultative status" to the UN’s Economic and Social Council (ECOSOC) in 2012.Benjy Maor, the organization’s global resource development director, addressed a UN conference a week ago on World Down Syndrome Day on the topic of “Changing Attitudes as Leverage for Social Inclusion,” reviewing Beit Issie Shapiro’s extensive research on attitude change and the different innovations created by the organization to promote inclusion within all age groups.One of these is Friendship Park – Israel’s first inclusive and accessible playground for children with and without disabilities, which serves as a model for similar projects worldwide and was established with the support of Let All the Children Play, an organization that also presented at the conference.Beit Issie Shapira provides daycare and therapeutic and educational programs for children and adults with developmental disabilities, as well as support services for their families. The children are mainstreamed into the Bilu (religious) and Yachdav (secular) schools.Promoting attitude change is crucial during adolescence, according to Maor.“Teenagers are at the most critical age for the development of social identity. Beit Issie Shapiro reaches them through a youth leadership program we operate in high schools across Israel,” he said.Maor’s main focus was the organization’s involvement in changing attitudes through self-advocacy and empowering adults with intellectual disabilities.“Beit Issie Shapiro believes strongly in the message of ‘nothing about us without us’ and the need to give people with intellectual disabilities the opportunity to have their voices heard, to organize and to work to advance their own rights,” he said.Following the panel discussion, Dr. Surekha Ramachandran – president of Down Syndrome International – approached Maor to commend the institution on its work and expressed her interest that the organization come to her country, India, to have an impact on the field of disabilities there.