While many foreigners head straight to the central neighborhoods of Jerusalem, the more suburban Baka is becoming increasingly popular.

By LYLE PLOCHER
NOVEMBER 25, 2011 11:33
Baka real estate 311
(photo credit: Lyle Plocher)
Advertisement
Lyle Plocher is the Director of Buy Property In Israel and can be reached by email at lyle@buypropertyinisrael.com.The city central neighborhoods of Jerusalem are usually the fist choice for foreign investors due to the proximity to amenities but there are plenty of other options slightly further away. The slightly more removed neighborhood of Baka is also a popular choice for English and French speaking foreign buyers because of its quaint atmosphere and suburban feel. 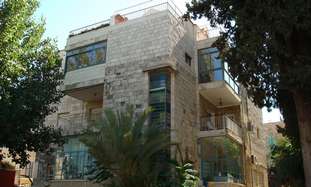 Baka real estate (Lyle Plocher)Baka, originally home to wealthy Arabs and Christians who built mansions there, has in the last decade become more and more an American and French Jewish enclave. Although Baka is the Arabic name for the neighborhood, it has remained the name most widely used in referring to the neighborhood as opposed to the Hebrew name “Geulim”. The neighborhood is characterized by an array of large beautiful stone houses, some of which have been converted into apartments over the years. Large trees and greenery are in abundance pretty much everywhere and the atmosphere is quite a bit more tranquil than the neighborhoods that are closer to the city center. Baka’s main pedestrian thoroughfare, with it’s cafes, vegetable stands and boutique shops is Beit Lehem Road, which apparently was once the main road to the city of Bethlehem. Beit Lehem seems to have a less touristy feel to it than it’s nearby neighboring Emek Refaim of German Colony fame. You won’t see a McDonald’s on Beit Lehem, probably much to the liking of the local residents. 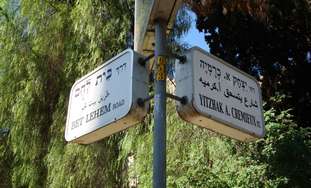 Baka real estate (Lyle Plocher)For those who feel compelled to head out to the Mamilla Mall or the Old City from Baka, there are several options available without driving, although finding parking at the Mamilla Mall is very easy compared to the streets of Jerusalem. One of the options available to Baka residents is obviously public transportation.  Local bus routes 74 and 75 which run up and down Hebron Road, will take you to the City Center in 10 minutes.  For the more energetic, there is a magical route you can take on foot, beginning on Beit Lehem, and then merging on to the new bike path the municipality has provided which runs by the old Jerusalem train station. When you reach and cross over King David Street, you will find yourself in a beautiful park, overlooking the Yemin Moshe neighborhood. You can actually walk down the hill right through the hillside homes of Yemin Moshe and find yourself on the road that leads to Mamilla and the Old City.  Although Baka is not considered a religious neighborhood, many of it’s streets are named after the Twelve tribes of Israel and there are at least 10 synagogues of a variety of streams and come Shabbat it is very quiet with the only options available to grab a cup of coffee, being a few of the Boutique Hotels in the neighborhood.  According to the Jerusalem municipality, Baka is home to approximately 10,000 residents.  A few of the local attractions in Baka include the Khan Theater and frequent concerts and outdoor events on the grounds of the Old Jerusalem Train Station.  Apartments these days in Baka can probably be found starting in the $400,000 plus price range for a very small apartment.
For assistance with property purchases in Israel, contact Lyle Plocher at lyle@buypropertyinisrael.com  Buy Property in Israel can assist you with all of your Israel Real Estate needs.
Advertisement
Subscribe for our daily newsletter